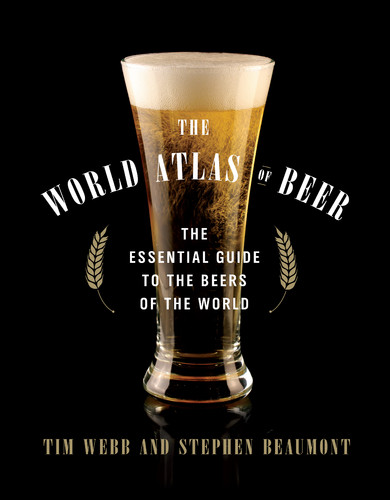 It may have been more than twenty years ago at some Midwest outpost we’d journeyed to that Stephen Beaumont and I idly speculated on who might eventually succeed the bard of beer, Michael Jackson. The British writer strode like a colossus over the world of beer journalism, having pretty much invented the discipline. The rest of us were pedaling furiously just to stay far behind.

Still, I think I put my money on Steve anyway. The young Canadian clearly had a passion for beer, an ambition to make writing about it his life’s work, and the drive to succeed by, for example, rigorously training his palate to be able to discern all sorts of flavors.

I’m sure neither of us expected Jackson to pass away as young (65) and unexpectedly as he did in 2007. But Beaumont hadn’t let any grass grow under his feet anyway, authoring seven books on (mainly) beer and involving himself in various aspects of the drinks industry.

Likewise, across the pond, Tim Webb was establishing himself as one of Britain’s most accomplished beer writers, specializing in Belgian beers through eight editions of the Good Beer Guide Belgium and taking a leading role in CAMRA (Campaign for Real Ale). 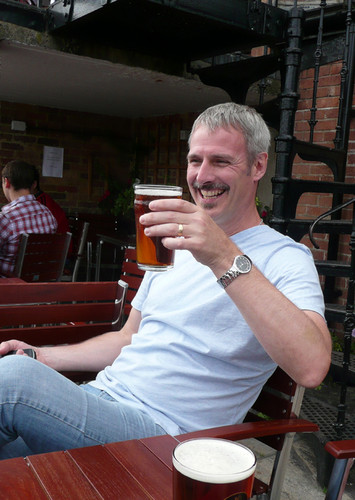 While I’ve had more than a few pints with Steve through the years at various points along the beer trail, I’ve never hoisted one with Tim, at least as far as I know or remember. But good on the pair of them anyway, for co-authoring The World Atlas of Beer: The Essential Guide to Beers of the World (Sterling Epicure, 2012, $30).

The pair acknowledges the debt to Jackson, and indeed the new book is very much modeled on his pioneering 1977 opus The World Guide to Beer. That’s not a bad thing, because there’s something here for everyone, from beer novice to jaded expert. Preliminary chapters dutifully go through the basics of what beer is, its origins, various ingredients, how it’s made.

But it expands on Jackson’s work in discussing beer and food affinities, and ponders the beverage in terms of buying, storing, serving, pouring and tasting.

The regional chapters make up the heart of the volume, surveying the brewing scene in traditional brewing countries like Belgium, the Czech Republic, Germany, Great Britain and Ireland, and showing how the craft brewing movement has erupted from the Americas and now reaches into virtually every corner of earth.

The authors estimate that in the 21st Century there will be 10,000 breweries worldwide producing some 60,000 regularly-produced beers (which basically means I’ll never catch up). 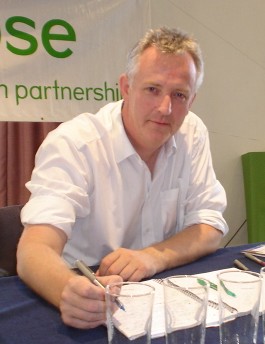 Indeed, that’s one of the distinctions between the old and new guides. As Webb notes in a preface, Jackson’s book describes a world of beer at a low ebb—when many regional styles and specialties were on the brink of extinction or already into the abyss. It was a world of consolidation and contraction, with one type of beer—watery, pale yellow lager—having flooded the marketplace.

Jackson’s work was a major finger in the dike. Though there were certainly other factors leading to what amounts to a beer revolution in the last 30 years, if a Nobel Prize for beer existed, Jackson would have waltzed off with it, helping to revive what was in danger of expiring.

Webb and Beaumont confronted an entirely different situation, one reason they’re not to be faulted for having some facts overtake them the moment they handed in the manuscript. For example, a page with a map of the U.S. and statistics with the number of breweries and per capita breweries was outdated before the ink dried at the printing plant. But that’s only because U.S. brewing is now not only a moving target, it’s a runaway train.

(Latest stats from the Brewers Association show Vermont still in the lead—24 breweries, or one for every 26,073 souls. Things are looking up.)

Care for a little perspective? Vermont’s 24 breweries is just under half the total number of U.S. brewing companies as late as 1983. It had sunk to that. Now we’re up to some 2,126 breweries nationwide, the highest number since the 1880’s.

The increase does not come from what the authors term “simplistic” brewing, meaning mass market lagers with little flavor profile, and advertised to be served ice cold to mask that fact. They pay little heed here to the commonplace brands that are frankly beginning to lumber like dinosaurs. (And which may explain nostalgic fads–passing, no doubt–for retro beers like Pabst Blue Ribbon.)

All the growth in the beer world these days comes from “ambitious brewing,” and the authors select caseloads of brews to note as evidence. I don’t envy them the selection process they must have undergone, since they limit themselves to one beer per brewery, and only so many breweries for a country, region or state.

The drinking of the beers, yes, that I envy. The travel to different countries to drink them en place, yes. But it was nice to discover that I’m not yet jaded. A wealth of beers I hadn’t even heard of yet, much less tasted, are here revealed.

Looking forward to trying a Negev Porter from Israel, a Hopwired IPA from New Zealand, a Grosa from Argentina or even a barrel-aged Temptation from California makes the Atlas into as much of a wish book as a reference work.

I imagine I’ll happily peruse its pages, and probably spill a little beer onto them, for some time to come.

In somewhat different form this piece first appeared in the August 1, 2012 issue of The Commons, an independent non-profit weekly newspaper covering Brattleboro and the towns of Windham County, Vermont.

2 Responses to “It’s a Big World Out There, So Start Drinking”