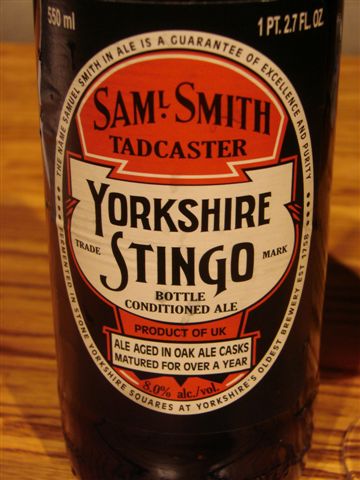 There’s not a lot of background on Stingo that I can add over my last entry on the beer, found here (back when I was numbering the TAP Beer of the Week tastings in the misguided thought I’d actually be able to do a write-up a week!)

That was the tasting of the 2009 bottling, with a little history on Samuel Smith and its stone Yorkshire squares, beer writer Michael Jackson and his influence on the early days of beer’s rebirth in the U.S., all thrown into the brewkettle.

This is only the third release of the beer in the U.S., as usual on August 1, Yorkshire Day in England. Well, here too, if one so celebrates. And taking note of the celebration with a Yorkshire Stingo would only be appropriate, not to mention satisfying.

This year’s version, brewed in 2010, comes in at 8% ABV, a tad lower than last year. It has prune-like aromas swimming in a sea of oak. The taste is sweet, smooth, rich, oaky, almost like a port, slightly less tannic than last year. Though news releases from the U.S. importer Merchant du Vin suggest a soft oak note, it seems pronounced to me, but blending nicely in the overall complexity of the brew.

I’m not going to make last year’s mistake, when a mere bottle crossed my lips, and leaving me with nothing to vividly compare to this year’s vintage. I’ll pick up a few more this year to cellar, and a few more just to savor now. That is, if I can find it. Fewer than 24,000 bottles were produced, so don’t dawdle should you find one on the shelves. 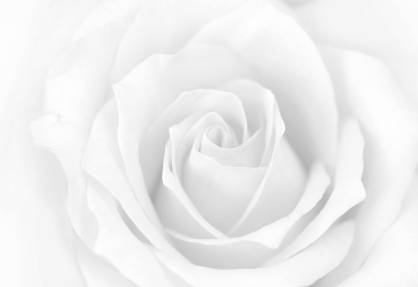 The White Rose, symbol of Yorkshire

As last year, Stingo remains a beer you can linger with over an hour or two, if one has such patience. It was easily done this year as I had opened the bottle before sudden dinner plans materialized, so I enjoyed as a pre- and post-prandial treat, right up to the time I began dozing on the couch. Naturally, praising Yorkshire all the while.