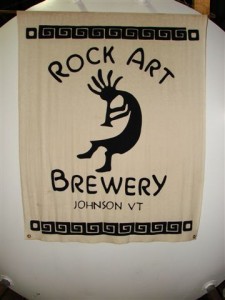 [Jan. 24, 2010]– What is the sound of a paradigm shifting? To Matt Nadeau of Rock Art Brewery in Morrisville, Vermont, it sounds like a rising collective voice that gives Power to the People in the struggle against Corporate America.

And if that sounds a little like an editorial cartoon, it’s only because the situation Nadeau found himself in last September was cartoonish, in a noir sort of way.

That was the day he received a cease-and-desist letter from the Hansen Natural Corporation, makers of Monster energy drinks, telling him to stop brewing one of his beers, a whopper of a barleywine named Vermonster.

His second was to contact trademark lawyers, who basically told him the same thing–Hansen probably didn’t have a legal leg to stand on, but since it will take in an estimated $1.1 billion in revenues in 2009, the Corona, California company could certainly win a protracted legal war of attrition over Rock Art, which will brew an estimated 3,000-3,500 barrels of beer this year, a microbrewery by any measure.

So Nadeau’s next reaction was, Hmm.

Nadeau, 43, is a Montpelier native. He and his wife, Renee, met at Johnson State College, where they graduated in 1989. (They were given Outstanding Alumni Awards in 2009.) Matt began homebrewing in 1994, shortly after the couple returned from years of living and working in Colorado.

“Matt was absolutely enthralled with brewing,” said Renee. “He read everything about it he could lay his hands on. He opened a brewing supply store mainly to save on his own brewing expenses.” (And so he wouldn’t have to drive an hour there and back to what was then the nearest supply shop.) “When he’d finally made more beer than we could hope to drink, we went professional.” 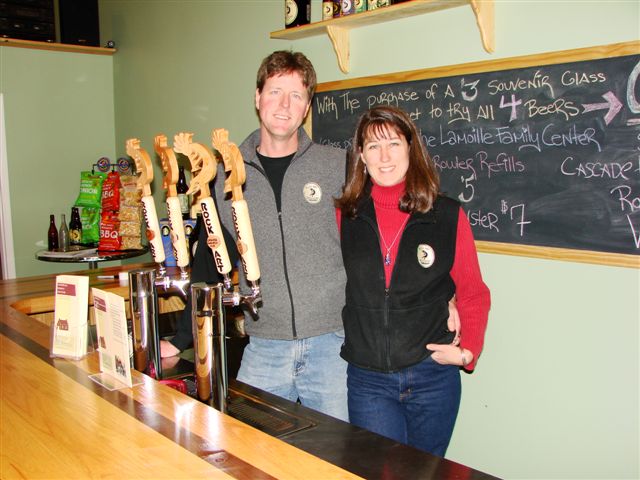 Rock Art brewed about 40 barrels of beer in 1997, not a lot more in 1998, said Matt Nadeau, since the brewery was still in the basement of the couple’s house in Johnson, as it would be for the first four years of its existence.

Since 2001 it’s been housed in a warehouse at the back of a side street in Morrisville, with a small tasting room and store, gradually increasing the portfolio of beers (upwards of 25 different brew recipes) and with a small crew of employees, brewing twice a week. 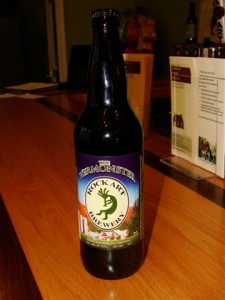 In 2006, preparing to mark the company’s tenth year with a special brew, Nadeau came up with Vermonster, named after the mythical creature with one set of legs longer than the other, thereby enabling it to walk level in Vermont’s hills. Nadeau trademarked the name, which no doubt lit Hansen’s fuse.

Available in 22-ounce bottles, the Vermonster label has a photo of an autumnal farm scene, as well as the brewery logo, the dancing, flute-playing Kokopelli, common to southwestern petroglyphs.

Made with six different malts and five varieties of hops, the Vermonster earns its name as a big beer, thick, sweet and viscous, aggressively hopped (100 IBUs–international bittering units) and taking no prisoners at 10% abv (alcohol by volume). It’s a very tasty beer, but any energy derived from drinking it is likely to be illusory.

And any chance of mixing it up with a can of caffeinated Monster, with its creepy M indicated by three snakelike lines, is downright hallucinatory. U.S. Senator Bernie Sanders from Vermont put it well when he joined his voice to the collective and wrote a letter to the Chairman of the Hansen company’s board of directors, Rodney C. Sacks in October 20, noting that, “…any normal person would find your claim preposterous.”

Shortly after the Vermonster story began to hit traditional media outlets, it went viral on the social media, exponentially multiplying, first through e-mail from the brewery to its mailing list. That prompted some beverage distributors to pull Monster from its shelves.

A YouTube video made gratis by the Green River Pictures of Burlington showed Matt Nadeau laying out the David versus Goliath storyline, and saying he couldn’t give in, that there was a principle at stake.

The reactions were immediate–trending topics on Twitter (marked by hashtags like #IsupportRockArt, #monsterboycott or #boycottmonster), postings and repostings of the video on Facebook. Outrage was the general ambiance, the commonly succinct message to Hansen: “GFY!” 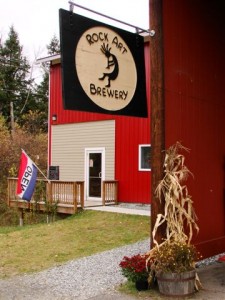 “It was a combination of factors that just snowballed,” said Nadeau. “Craft beer drinkers are an enthusiastic and passionate crowd, and our brothers and sisters in the craft beer drinking world really came through.”

Hansen, meanwhile, was having the opposite, no doubt stunned, reaction, looking for all the world like a real monster of avaricious corporate greed. Stonewalling didn’t help. I called the company for a comment and was told a statement would be e-mailed to me. It never came. I called again and requested the statement again. That one never came, either.

We reached the height of absurdity when I asked a company representative if Hansen’s was publicly held.

Huh? “You can’t even tell me if it’s a publicly held company, on the stock exchange?”

“It is publicly held, yes,” she finally admitted, but it certainly showed that the company was jittery. The chances were good that someone, somewhere in a Hansen office, had received a monster dressing down, if not outright dismissal, for one of the most bonehead moves in recent marketing history–grossly miscalculating the effect of trying to squelch a little guy, one who proved not so little.

Though gratified by the overwhelming positive response and publicity, Nadeau still characterized the entire debacle as a hassle: “It’s kept me from attending to my business–creating, making and selling beers. Before all this began I had interest from distributors in southern New Jersey and from Florida, but I simply haven’t been able to focus on that.” 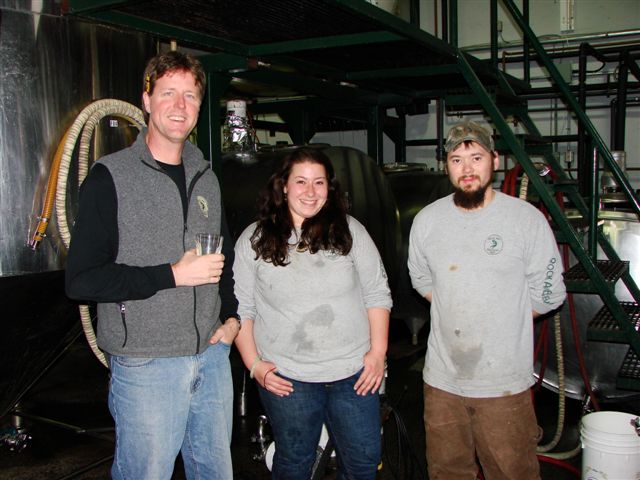 Matt and part of the crew, assistant brewers Andrea Muhlfelder and Zeb Maxfield

Maybe now he can. Hansen threw in the white towel in late October. Though the details were not made crystal clear, the gist was that Rock Art could keep brewing Vermonster, while agreeing never to go into the energy drink market, which it had never intended to do in the first place.

Then the social media went wild in declaring victory, and Nadeau proclaimed that power had been returned to the people. (He elaborated in a second YouTube video.)

He said he hoped the momentum at hand might prove useful for other small businesses: “We need to even the playing field or create some kind of way to prevent this type of stuff; maybe when some of the larger issues now confronting them pass, legislators will have a moment in which to tackle this.

“My fear is for a small company that’s not making such a sexy product as ours–a dental supply company, say–wouldn’t have the same kind of groundswell.”

Maybe a catchy call to arms, “Remember Vermonster!”, will rally future troops, who clearly have new weapons at hand, and favorite beverages, to combat corporate injustices. 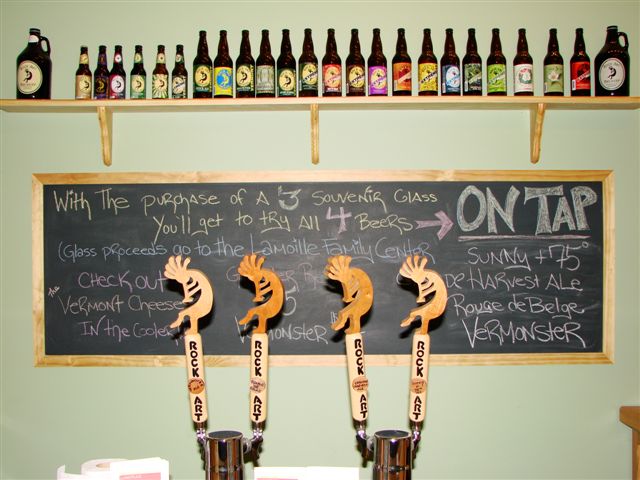 7 Responses to “Tempest in a Brewpot”