One of my college suitemates, whom I’ll call Henry, was a master of dark humor. He always elicited a laugh from us when he talked about his alcohol consumption: “I don’t like to drink,” he said. “I have to.”

Henry had an overbearing mother and was long-suffering from an unrequited love affair. Ergo, he drank to forget. As we all know, a short term solution.

Most of us in those halcyon college days didn’t really care that much about what we drank. Anything we could get our hands on (illegally) would do, and lousy cheap beer was the default position. Our goals were mainly getting a little high, and improving our odds at seduction. 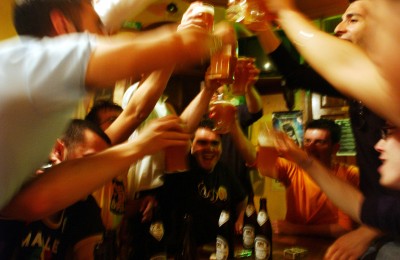 Keep in mind that for me this is going back a long time, when lousy cheap beer was pretty much all that was available. I have a feeling beer geekery is starting at a much younger age these days, although cheapness is undoubtedly still a factor.

In any case, Douglas Smiley, proprietor over at the Baltimore Bistros & Beer blogsite, posed the question, “Why Do You Drink?” as Session #85. (For those new to the notion, The Session is a monthly effort where beer writers around the interwebs respond to a topic question. Clearly, it’s been going on for quite a while. The list of responses this month can be accessed at Baltimore Bistros & Beer.)

Perhaps my title should be “Why Do I Drink?” but I’ve often heard the question the other way when grilled by my granddaughter, Abby. One night around our dinner table a couple of years ago, in a decidedly prosecutorial tone, Abby pounced on me: “Grandpa, why do you drink?” 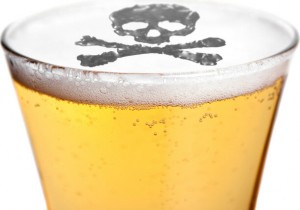 I started to answer, but my response was clearly not self-incriminating enough for Abby, so she loudly moved on with: “Next question! Why do you drink beer?”

I was, again, all too reasonable in reply, and so “Next question!” quickly ensued, and on we went straight into a comedy routine that has become family lore.

Abby, at the time, had clearly bought into whatever propaganda was going around in her school, that alcohol was some kind of deadly drug and that nothing but madness and degradation could come of ingesting it.

Which is why I’m glad we had the discussion, or whatever it was. I pause here to replay a photo of Abby that popped up in a recent review of Avec Les Bon Voeux, and to note that she had tried both a martini and the beer that evening. And to repeat her succinct review of the beer: “Better than the martini.” 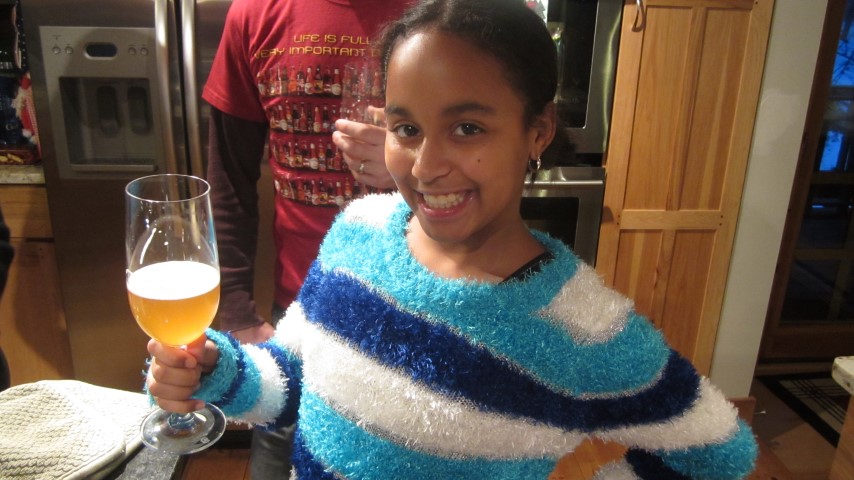 I believe I said in mock earnestness, “Abby, why do you drink?” but I can’t recall any answer but a laugh.

I drink beer, mostly. And so the simplest answer I can really give to the question is that I drink beer because it enhances my life. It’s a fairly simple transaction.

But I love beer in most of its manifestations—its look, smell, taste, variety, history and cultural trappings—so the effect of drinking a beer can be a profound afflatus. Or, just another beer. Depends how I’m feeling.

In my small pond I sometimes come across as a big fish of beer, and people crack jokes about my drinking as though I were the local Dean Martin, albeit awash on a sea of beer. But in truth, my habits are fairly modest. Some nights only one. Most nights two, more only on some kind of occasion. 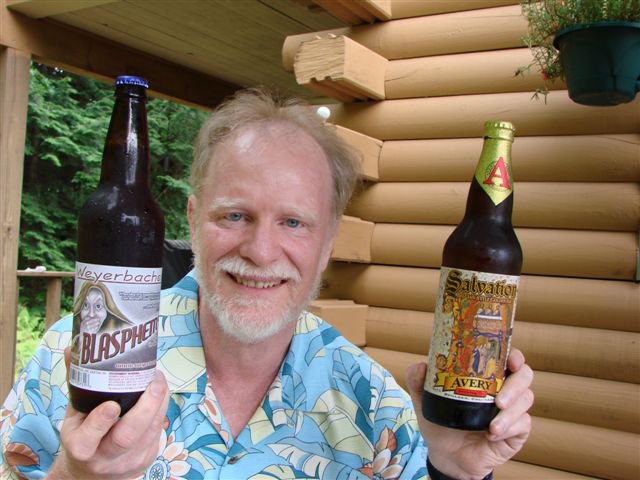 Blasphemy and Salvation–I’ve got it covered

I often wish I could drink more in a single night, but I know there’s nothing to be physically gained from it. Still, a day or evening without a beer is virtually unthinkable and can mean only one thing—I’m terribly sick.

At the moment, I’m feeling quite healthy, and it’s almost 5 pm. As soon as my wife returns from some errands we’ll have our evening ritual—a martini for her, a thoughtfully chosen beer for me. If I asked her, “Why do you drink?” she’d tell me I talked her into the routine, as indeed I did, since I firmly believe that a moderate drinker is healthier than a teetotaler.

I can’t remember if I ever gave that one as a reason to Abby or not. But I should.