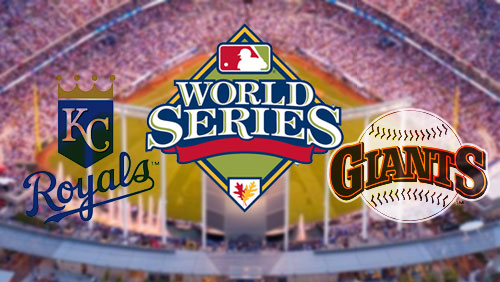 Okay, Chico is about a three hour drive north of San Francisco, but it’ll do. Because if we’re talking about a terrific World Series beer, this is it, a collaboration between veterans of the craft brewing world from northern California and Kansas City, Missouri.

Sure, I could have picked any number of great San Francisco brewers to represent the National League pennant winners. (As I did in 2010 with Anchor Porter and Brew Free or Die.) But who can argue with Sierra Nevada Brewing? The company’s beer is served at AT&T Park, and everyone in Chico will be pulling for the Giants anyway, as the team shows up for its third series in five years. (Every even year since 2010 for numerologists in the crowd.) 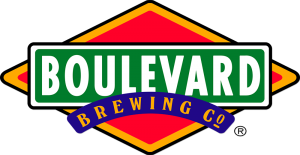 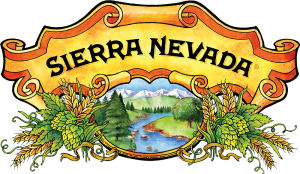 Boulevard Brewing’s beers are likewise served at Kauffman Stadium, where the games will begin; the Royals have home field advantage in their first World Series since beating the Cardinals in seven in 1985, four years before Boulevard opened its doors. Boulevard had grown to be the 12th largest U.S. craft brewer by 2012. The next year it was acquired by Duvel Mootgat of Belgium. This was a sale that seemed to trouble no one in the beer geek world, at least compared to the way the Goose Island or Blue Point breweries were pilloried after their purchases by A-B InBev.

This will be the 110th World Series, and the third iteration of Terra Incognita. It’s not likely this beer will be at either stadium, although I’d be happy to hear otherwise. But since most of us will be watching the games at home anyway, we’re in luck. The beer was brewed in Chico this time out, and will go out to Sierra Nevada’s nationwide distribution chain.

Still, this is an only-as-long-as-lasts beer. It was released late in August and volume was slim—only several thousand cases. I found one last week at a New Hampshire gas station shop for $7.99, a steal for a beer of this quality, considering how many $15 and up bottles I’ve been seeing lately. And sure enough, I saw it listed on a Vermont beer store’s website a few days ago for $16.

In any case, it’s worth tracking down. The beer was first brewed in 2012 for the SAVOR beer event, with a back story of the centuries-old California Trail—an overland wagon trail that took settlers from Missouri to what is now California. In 2012 and 2013 the beer was pegged as a wild ale since it included a dose of Brettanomyces. Wish that I’d been able to try one of those, as there’s no funk in this year’s edition.

No complaint, though. This is still an impressive blend of new and aged beers that the staffs of both breweries cobble together in a day of tasting different formulations. This year’s recipe includes 55% red wine barrel-aged ale, 32% bourbon barrel-aged ale, and 13% fresh ale. A roasty brown ale serves as the base, heavily hopped with Sierra Nevada’s typical whole-cone hops, then aged in the various barrels for six months.

It’s a pleasure just to nose this one for awhile, as the mixed woody aromas swirl in a warming peppery blend. It’s pretty, too, a deep, dark brown promise that delivers earthy and oaky flavors with a raisiny tang, a hint of vanilla and molasses. Yet the bourbon notes predominant. It finishes with a subtle yet lingering tannic bite. A lovely brew, one that should be nursed along for awhile. That should work out fine, since most of the games will no doubt wander the overlong baseball trail, unlikely to reach the end of the line until after midnight. 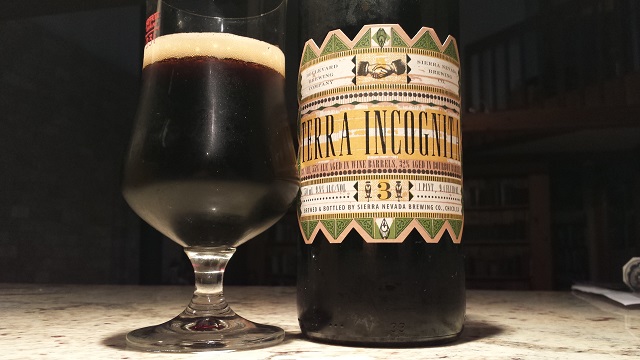