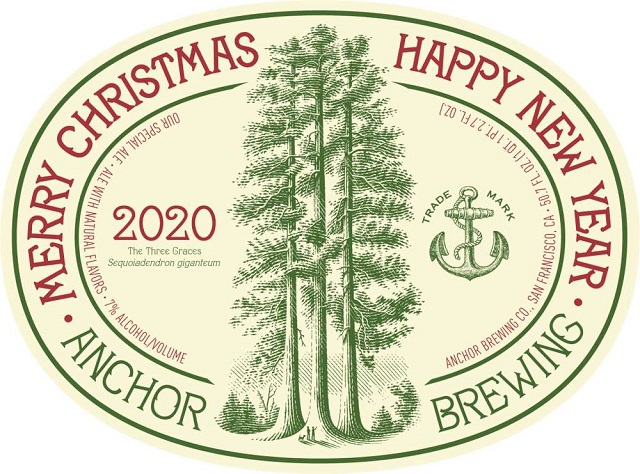 Well it’s been a year, hasn’t it? From the wreckage wrought by COVID-19 to the high-wire anxiety of the election, it’s one we’d all pretty much like to forget. I’m not suggesting the 12 Beers of Christmas will offer the relief we’re hoping for with the upcoming vaccines, but I’m hoping it represents some kind of balm, and will perhaps help us leap more optimistically into the year ahead.

A look behind at the 12 Beers of Christmas 2019 Reprise should suffice for those needing some ground rules to this ninth annual mad dashing through the beers, all holiday brews or winter warmers–96 different brews in all so far (with a few bonus beers sprinkled in here and there), all the reviews, such as they are, linked to there.

Year to year the Anchor Christmas beer is the constant lead-off brew, both because the recipe changes with each iteration, and because the San Francisco brewery deserves a nod for the U.S. revival of the very notion of a special brew for the holidays, a practice now observed by many a brewery. Back in the Fritz Maytag-owned days (Anchor is now in the Sapporo stable), the brewery produced its first Our Special Ale in 1975.

That makes this the 46th edition of the beer, each one with different labels of trees; as the neck band notes, trees symbolizing the winter solstice, the days turning longer, and bending toward spring. What could be more optimistic?

I gave it a shot, but I couldn’t find the origin of the phrase, “What’s old is new again.” There are vague Biblical equivalencies; a nod to Stephen King, who used the phrase in his novel The Colorado Kid. Ralph Waldo Emerson embroidered the gist of the phrase: “Old and new make the warp and woof of every moment. There is no thread that is not a twist of these two strands.”

It fits the beer this year, as Anchor has a new brewmaster, and a new artist created the label. Thomas Riley took over from Scott Ungarmann in August as brewmaster, though he’s hardly a Tommy-come-lately at Anchor. He started out on the packaging line in 1984 and slowly rose through the ranks to become assistant brewmaster. By the time he took over this year the 2020 Christmas ale was already in the works. 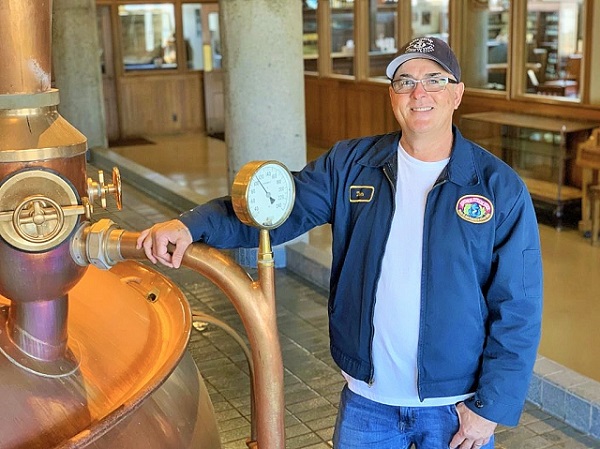 Like his predecessors, Riley is tight-lipped about the beer’s recipe. In a variety of interviews he noted the obvious facts—the beer is a notch stronger at 7% ABV (and thereby the strongest Christmas beer Anchor has brewed), and a shade darker than last year’s already dark brew, with a distinct tan head. I had a bottle of the 2019 batch in the cellar, so I put the two together; they look pretty much the same, though in person a differing level of opacity is discernible. The similarity ends there. 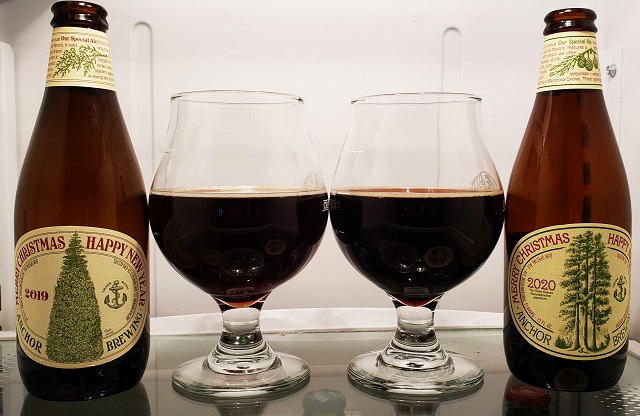 The 2019 had what Ungarmann called “coastal spicing” and which seemed to me to be a throwback to years of the beer with distinct spruce notes. The 2020, Riley conceded, was an attempt to be less exotic, less complex, and in this difficult year, more comforting.

My wife, coerced into having a whiff and a taste, picked up blackberries or currants in the nose, and fruit in the flavor as well, perhaps figs. This all sounded plausible, though I was picking up more spice rather than fruit aromas—a trace of eucalyptus, or perhaps juniper. But chocolate jumped out at me at first taste, and then a hint of coffee, a suggestion of licorice, but all very subtle, blending in with the mild spicing in a sinuously graceful way, with a lightly puckering bite at the end. Hopheads won’t be impressed; lupulin barely takes the stage here. But for a holiday ale, it’s right on the money. 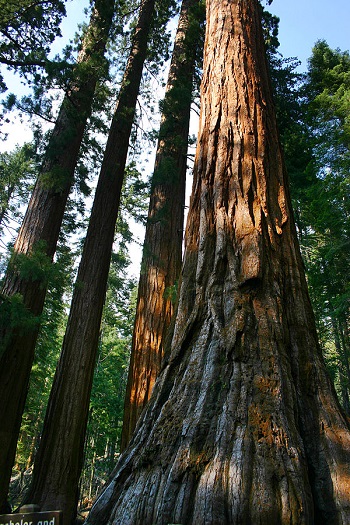 As for the label, it’s the work of west coast artist Nathan Yoder. Perhaps in a bit of a tribute, Yoder’s label is not dissimilar to the work of James Stitt, who did 44 of the previous 45 Christmas ale labels. Now 93, Stitt finally put down his brush. Look closely and you can see a first, the figures of two humans and a dog, to give a sense of scale to the Giant sequoias (Sequoiadendron giganteum) depicted.*

The trees are known as the Three Graces, a group of trees in the Mariposa Grove of Giant sequoias in Yosemite Park. A fourth tree, standing a bit apart from the Three Graces, is called The Bachelor. The action may be underground; the speculation is that the roots of all four trees are so intertwined that if one fell, all would go.

Whoever named the trees had an appreciation for antiquity. The Three Graces, the Charites in Greek mythology and the Gratiae in Roman, embody the gifts of charm, beauty and creativity. 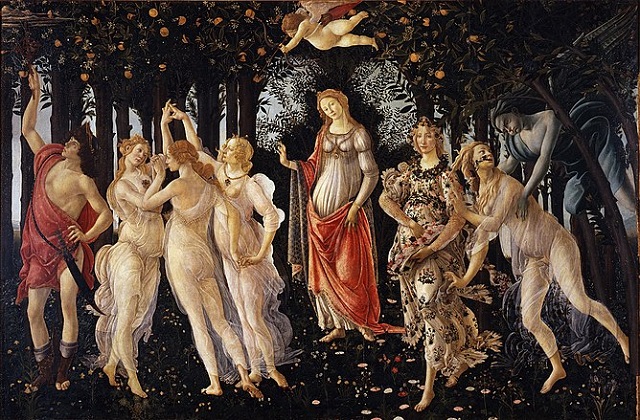 Raphael and Rubens were inspired to do nudie versions of these nymphs, but the most familiar image of the Three Graces, with a few other characters joining in the fun, is Botticelli’s Primavera, or, Spring. And what could be more optimistic? 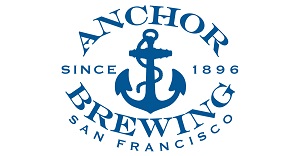 * Barely two days gone by and I’m already correcting my own piece. I had read that humans had never appeared on an Anchor Christmas ale label before, and so suggested that it was a first this year. Not so. I read my own review of the 2016 batch and there it is plainly, a brave soul perched high in the so-called 1,000 Mile Tree with a beer mug in hand. Check it out here: Anchor 2016 Our Special Ale.