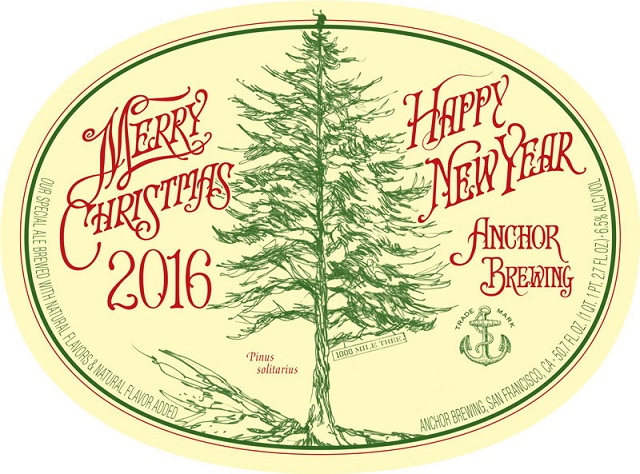 “Oh. Ooh. That’s a good one,” was the first thing out of my mouth moments after I had put some of this year’s Anchor Christmas Ale into it.

Well, nothing like getting the 12 Beers of Christmas off to a good start. Yes, I’m gonna do it again, for the fifth consecutive year. The ground rules are about the same, and those new to the game can review them in this 12 Beers of Christmas 2015 Reprise. There are also links there to each of the 48 different beers I’ve written about over the last four years. Again, no promises this year that I’ll actually manage to post 12 consecutive days, but we’ll get there eventually.

I say different beers, even though I lead off with Anchor’s Christmas beer each time, because it does annually change its recipe. That’s why I don’t repeat Sierra Nevada’s Celebration Ale or Deschutes Brewery’s Jubelale, as they decided years ago that their recipes had already achieved perfection. It’s easy to agree with that, and I wouldn’t think of going through a holiday season without them. 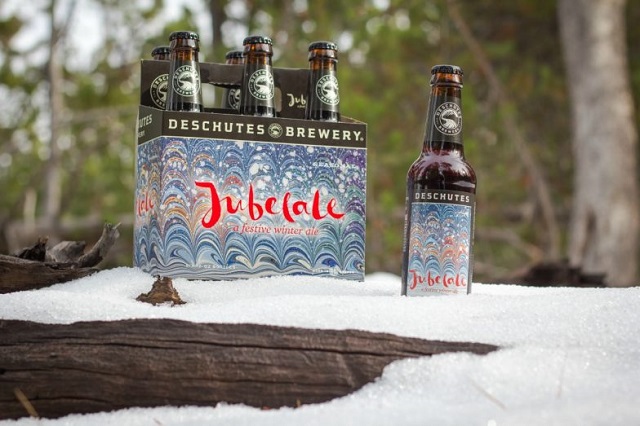 (Deschutes does change its label each year, though, using works by local artists. This year’s, above, is by Karen Ruane of Bend, Oregon, who specializes in the marbling technique.)

But part of the fun of the Anchor offering is the different recipe and the different label, although the latter always depicts a tree, long composed by artist James Stitt. The beer has been around since 1975. Stitt has done every label but one (1976, for those who must know).

This year’s label is based on the Pinus solitarius, or lone pine, known as the “1,000 Mile Tree” which was found in Utah in 1869 during construction of the Union Pacific, the nation’s first transcontinental railroad. The tree, a stately ninety feet tall, was almost exactly 1,000 miles from Omaha, the eastern terminus of the railroad, and it became something of a tourist attraction, at least as far as the rail passengers were concerned. The train would often pause at the tree and some passengers would attempt to climb it, as the 1869 photograph by Union Pacific’s A.J. Russell shows: 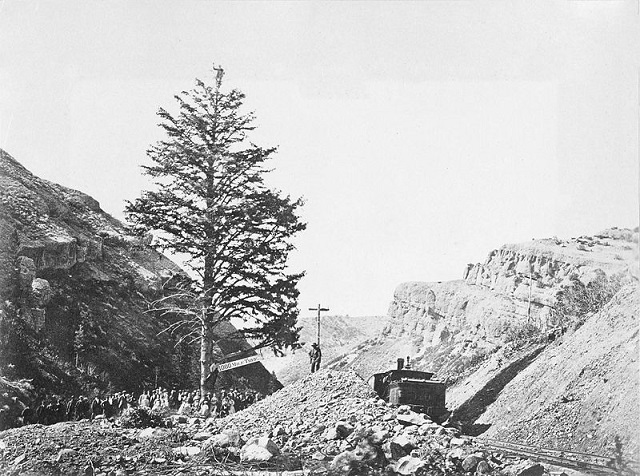 Stitt clearly based his label on the photo, though it’s hard to tell from Russell’s shot whether the man high atop the tree is holding onto a mug of beer. Probably not, but he is in Stitt’s rendering.

The tree died in 1900 and was removed. But in 1982, Union Pacific planted a new one to commemorate the site, albeit now only about 960 miles from Omaha thanks to track changes over the years. Enclosed within a fence, the tree is in roughly the same spot, though it has a long way to go to match the original’s height. 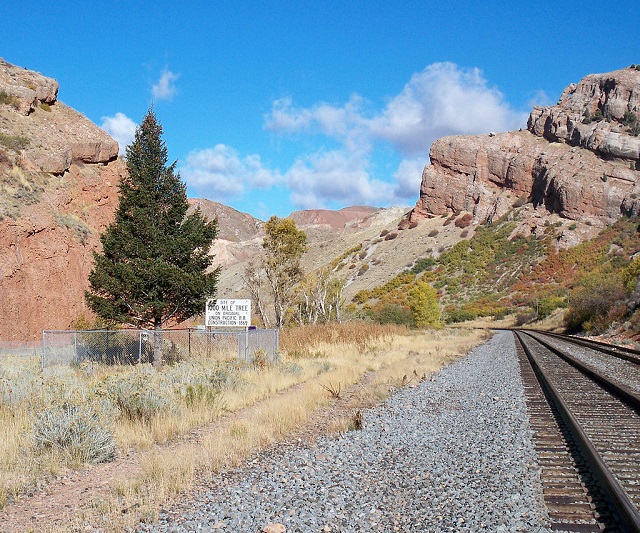 Back to the beer, which looks much the same as in recent years, an almost opaque brown, with ruby highlights. But the character is quite different this year. The spruce forest note that was so strong a few years back, though diminished last year, still expresses itself but has faded even a bit more into the background. 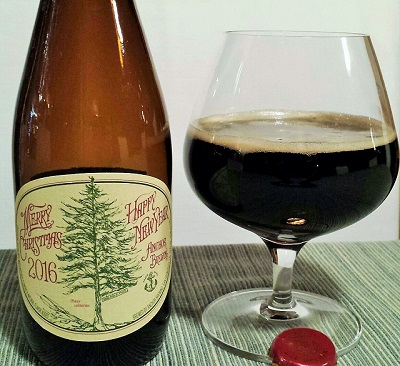 Though I doubt any Belgian yeast was used here, the beer suggests a slight Belgian character to me, perhaps from some extra sugars? That might also account for the first boost in ABV in years, to 6.5% from the more recent string of 5.5% brews.

There are other different things going on this year—it seems less sweet than 2015, though there remains a bittersweet chocolate note. There’s also a touch of smoke, and a strong, woody, cherry pit flavor that brings the beer home. I was quite taken with it, though I did find the finish a touch alkaline. All I can guess is a boatload of seasonings were poured in and, well, ’tis the season.

I thought I was being very clever last year by actually saving a 2015 bottle to drink side-by-side with this year’s. Imagine my surprise when I retrieved it from the vaults and found out it was a 2014 bottle. What the…? So was I actually being very clever two years ago, and extremely forgetful last year? 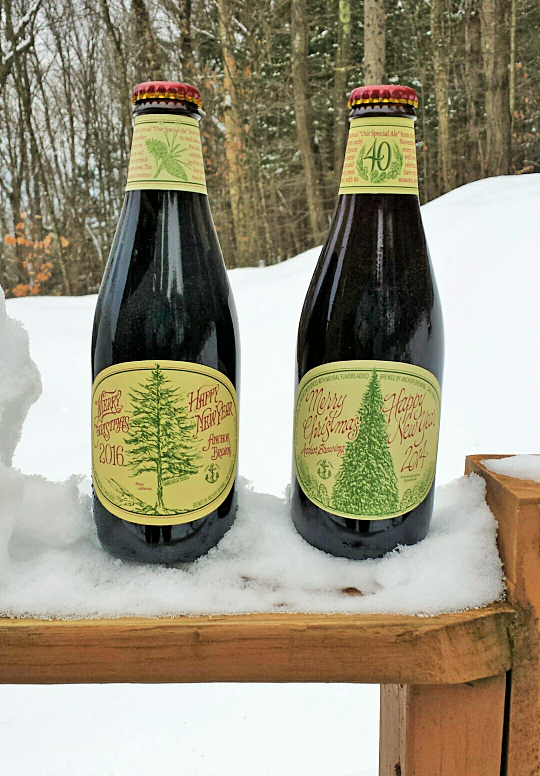 You play the cards you’re dealt, so I cracked open the 2014 tonight, too, keeping in mind that these beers aren’t really meant for aging. That doesn’t stop people from hanging onto them, and many comments on beer rating sites suggest people are discerning changes for the better as the beer rolls along.

Clearly, my memory isn’t terribly acute. But reading the post on the 2014 Christmas Ale I’d say the beer is pretty much unchanged—the caramel malt profile may be somewhat in the ascendency with the spices more muted, but I wouldn’t swear to it. I will say it was still quite drinkable. 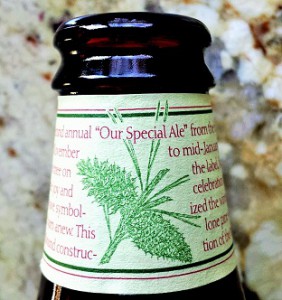