I was about halfway though Hopeless But Optimistic: Journeying through America’s Endless War in Afghanistan ($30, Indiana University Press)—admittedly a little outside my usual reading orbit—when I realized I had another book by Douglas Wissing on my shelves, Indiana: One Pint at a Time: A Traveler’s Guide to Indiana’s Brewpubs. The latter came out in 2010, and was no doubt a respite from Wissing trips to the warring hotspots of Afghanistan.

Lord knows he could use a drink, as could anyone after absorbing the dire, if entertaining, dispatches from Wissing’s latest, which first appeared last summer. The author, a self-proclaimed Midwestern grandfather with a bad back, felt compelled to return to Afghanistan for a third time and don his flak jacket to find out if any lessons had been learned since his 2012 book, Funding the Enemy: How US Taxpayers Bankroll the Taliban (Prometheus Books), depicted the horrific dysfunction of America’s involvement in the country, and how the trillion dollars poured into the counterinsurgency have made little better and most worse.

Clearly, and as recent headlines have borne out, the answer is no, nothing has been learned, and yet we continue to squander lives and dollars in a quest that can’t be dignified by calling it quixotic. What it really is is cynical or, as Wissing terms it, toxic: “The same toxic system that connected ambitious American careerists, greedy US military and development corporations, Afghan kleptocrats, and their jihadi collaborators was alive and well in Afghanistan.”

Years ago an intelligence officer had told Wissing, “It’s the perfect war. Everyone is making money.” Yet in talking to the haunted and hunted grunts on the ground Wissing also kept hearing, “The juice ain’t worth the squeeze.” 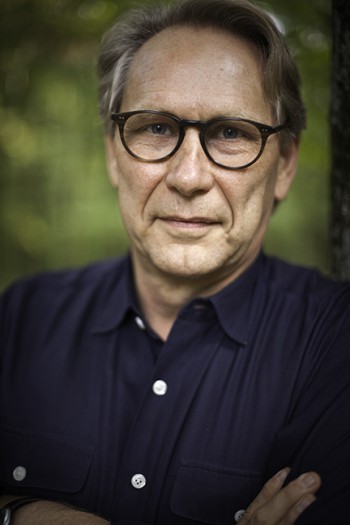 In 37 short and impressionistic chapters, Wissing travels about the country showing how the rampant waste and corruption have put America into the same doomed death spiral the Russians went through in the 1980’s.

It’s not a pretty picture; luckily, Wissing is the perfect guide, a clear-eyed independent journalist willing to lay his prose (not to mention his life) on the line, and let the contradictions of the whole massive effort pile up into sardonic astonishment. (“You can’t parody the US war in Afghanistan. Just reporting it straight is comedy enough.”)

Indeed, as Wissing rolls along streets potentially studded with IEDS, past ruins of elaborately begun but never completed grandiose developments aimed at WHAM (Winning Hearts and Minds), talking to Janus-faced public information officers, it all begins to read like outtakes from Catch-22. Wissing even evokes one of Joseph Heller’s more infuriating characters, Milo Minderbinder, who tried to put World War II on a business-like basis. And as Milo always intoned, “Everyone has a share.”

The problem with Afghanistan is that the shareholders, the American taxpayer, isn’t see any positive return on this woeful investment, and as Wissing makes abundantly clear, there isn’t any convincing evidence this is likely to change.

Recommended with the forewarning that after, or while reading, you may well need a drink. 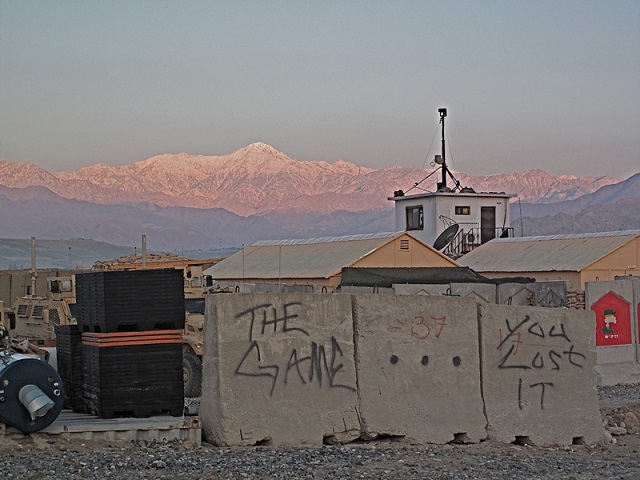 2 Responses to “Hopeless But Optimistic: Douglas Wissing on Afghanistan”