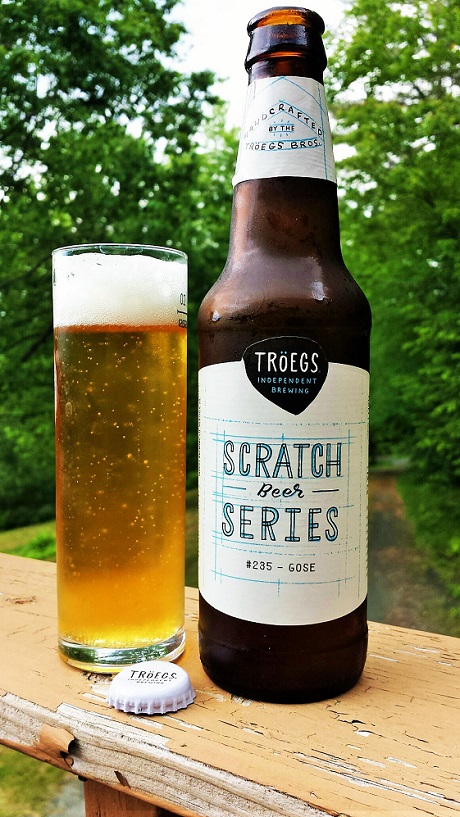 The ancient brewers of Goslar, Germany, didn’t add salt to their beer. The stuff was apparently already saline enough from the local aquifers near the river Gose, an area rich in mineral mines centuries ago. But they did add coriander, it seems, to a top-fermenting wheat beer that became known as Gose (Goes-uh). When the mines played out in Goslar, so did the brewing of the local style of beer, which was nonetheless becoming all the rage in Leipzig to the east. According to the German Beer Institute website, there were more than 80 licensed Gose houses in Leipzig by 1900.

They died out, too, following World War II and the Cold War. But after unification the practice was taken up again, and the style has been going like gangbusters in the U.S. for a couple of years now, particularly as summer refreshers. Brewers seem to be increasingly pouring buckets of fruit into their Goses along with the salt and coriander, making a fairly fruity style even more so, perhaps to balance the sour tang contributed by the lactobacillus normally used in the fermentation.

Inattentive drinkers who are still trying to get a handle on Saisons may think they’re in similar territory here, although in beer equivalencies Goses most resemble Belgian wit beers, albeit lacking the Belgian yeast. The coriander is the key, in this case crushed coriander seeds.

I’ve had only the Bayerisch Bahnhof Leipziger Gose from Germany, but all sorts of U.S. interpretations, including the appealing Otra Vez from Sierra Nevada, the Geyser Gose collaboration from Evil Twin and Two Roads Brewing, a Kirsch Gose from Victory Brewing, and our Vermont favorite, Lost Nation Gose.

All fine beers although, as with Belgian Wits, I can’t say that Gose is one of my favorite styles. The distinct lemony quality that the coriander lends is usually a bit much for me, although I won’t turn one down if you hand it to me, particularly on a sweaty hot day. Since Goses tend to come in at under 5% ABV, they’re certainly summer seasonally apt. 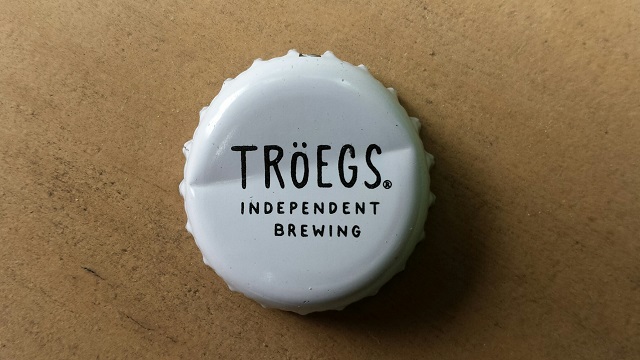 The brewers at Troëg’s have brewed five Goses by my count in their ongoing Scratch Beer Series, which has now reached #253 (a Bock, according to the brewery website). These small batch releases don’t normally don’t make it too far from the brewery tasting room in Hershey, Pennsylvania. But a lucky four are distributed to the quarterly Anthology 12-pack samplers, and the Gose in question, #235, is in this year’s Summer edition, along with the seasonal Sunshine Pils, Perpetual IPA and DreamWeaver Wheat. 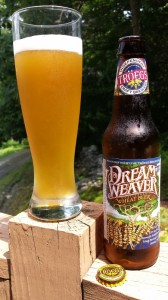 It’s also going to be on tap Wednesday night at the more or less monthly Tap Takeover at Wildwood Barbeque in Hadley, Massachusetts as noted below, where I expect to be helping out my son-in-law at the taps again, as is my wont. Scratch Beer #226, an IPA made with the Eureka! hop will also be on tap, as will the Sunshine Pils and five-year round beers: Troegenator Double Bock, Perpetual IPA, Solid Sender Session Ale, JavaHead Stout and DreamWeaver.

Troëg’s is sold in ten eastern states and D.C., but not Vermont, so I traipsed down to Massachusetts yesterday to pick up an Anthology box, and wasted little time in trying the Gose. A lightly hazy pale blonde ale, this version is coriander heavy, to be sure, with a distinct herbal lemon accent.

The brewers have added a touch of orange zest to this batch, bringing it even closer to the Wit style, and using the DreamWeaver yeast, which no doubt contributes the slight clovey character I’m noticing. This one will not be in the wheelhouse of hopheads, as there’s barely a trace of the Tradition hop discernible. But there is a saliva-inducing bite and an attention-getting pucker at the finish. Most refreshing, indeed. No extra salt needed, unless you enjoy seeing the suds foam up. 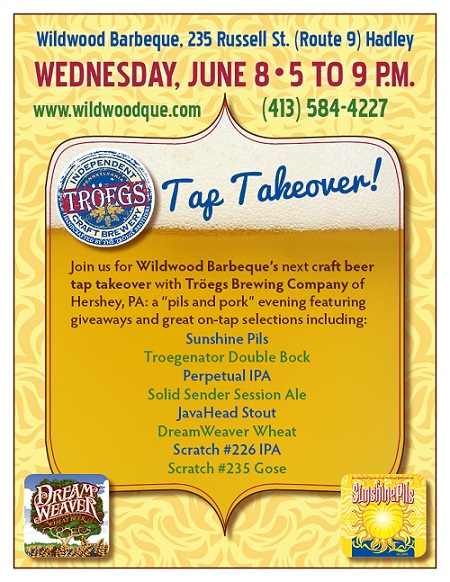