[As a Library Thing Early Reviewer I’m in the running to be sent books in exchange for a review. It’s a bit of a lottery – you choose books from scores offered each month, and maybe one shows up, or not. This one did.] 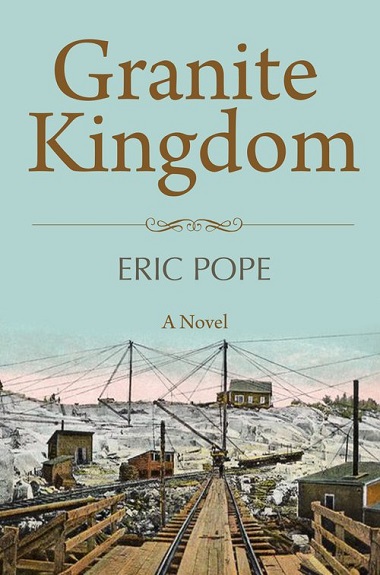 Barely thirty state legislatures have knuckled down to the hard task of designating an official state rock. Vermont, though, was downright promiscuous with the honor, bestowing it on slate, marble and granite, apparently after heated lobbying in 1991.

It is the latter igneous rock that author Eric Pope is concerned with in his historical novel, Granite Kingdom (Rootstock Publishing, $18.99), one that threads its way throughout the Green Mountain state and has been commercially mined there for well over a century. Barre—the self-named “Granite Center of the World”—is the best-known quarry site in the state and home to the Vermont Granite Museum.

But granite was (and still is) mined at various locations, and for a quarter of a century, roughly through the first World War, the town of Hardwick was the king of the granite hill in terms of stone used in construction, rather than memorial projects.

The town was the site of the finishing sheds for the granite actually being mined from nearby Woodbury. Hence the Woodbury Granite Company, which began in October, 1868—the same year the railroad came to Hardwick—and grew slowly but surely until it struck pay dirt, so to speak, in 1903. That year it won a contract bid for the Pennsylvania State Capitol, then the largest such granite contract ever. 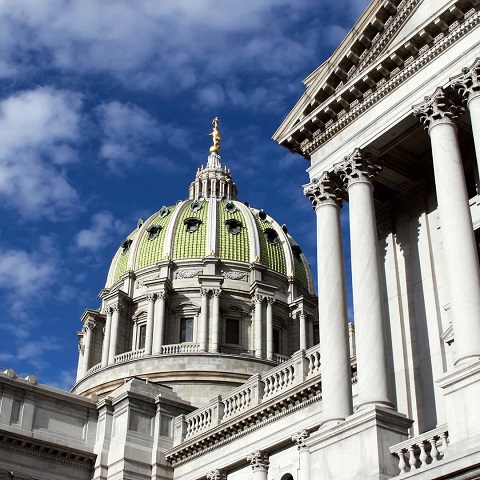 The deal called for 400,000 cubic feet of granite to be quarried, cut, delivered, and set into place within two years, a feat few regarded possible to fulfill. Yet it did, and within two years at that. That opened the floodgates. Along with Pennsylvania, Iowa, Kentucky and Wisconsin used Woodbury Granite for their state capitol buildings. 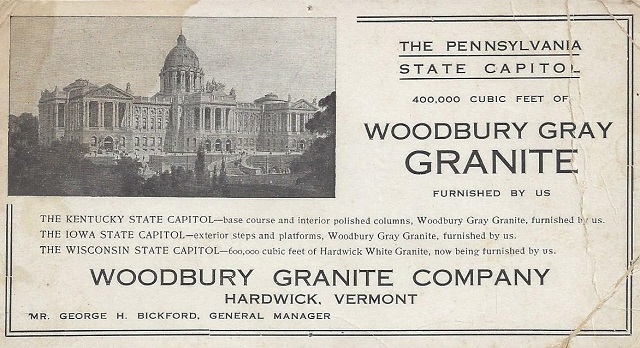 Woodbury Granite, then led by George Bickford, may have been top dog in Hardwick, but it was hardly alone; by 1910 there were 13 operating granite companies, with Ernest Fletcher’s eponymous firm the second-largest. 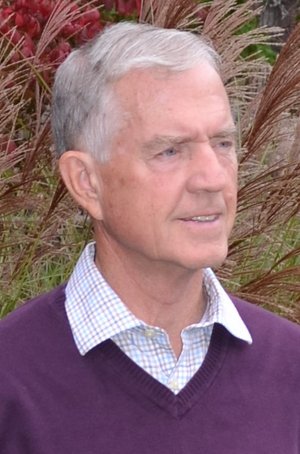 Dan Strickland, a young reporter for the Granite Junction Gazette, and the main protagonist of the story, could be a stand-in for a younger Eric Pope, except that Dan is a bachelor, and Pope was married more than 40 years ago when he and his wife, Karen, took over the reins of the Hardwick Gazette.

Part of Pope’s weekly routine for the paper was to dig out items from the archives and write about the town’s past. Hence his inspiration, albeit he now lives in Michigan and waited to take up the story until retiring from his last post, doing public relations for the Lawrence Technological University near Detroit.

He clearly knows his way around a keyboard, and there’s no questioning the authenticity of the setting and the depictions of the intricacies of the granite trade shortly after the turn of the 20th century. Aside from the sheer physical dangers of the granite mining, there was also the threat of white lung disease, silicosis, the disease which has done in Dan’s father, a stonecutter.

Through the use of multiple points-of-view from the story’s numerous characters we get a sense of the societal striations at work in a community of immigrant workers, supporting tradesmen and women (including fallen ones) and the more social elite.

The crux of the plot is a tug-of-war between Wheeler and Rutherford, Wheeler under the impression that he is being short-changed in business because of Rutherford’s influence in the town and favoritism from the Gazette’s editor.

Unbeknownst to Wheeler his foreman decides to take matters into his own hands and arranges instances of sabotage against Rutherford’s operation, resulting in several deaths. The foreman isn’t Pope’s strongest bit of characterization, almost a cartoon villain, complete with the name Blackstone. He might as well be cackling while twirling his handlebar mustache.

Dan suspects Blackstone may be behind the fatalities at the quarries, and as time rolls on he hones his reporting skills, bringing him closer to cracking the case. 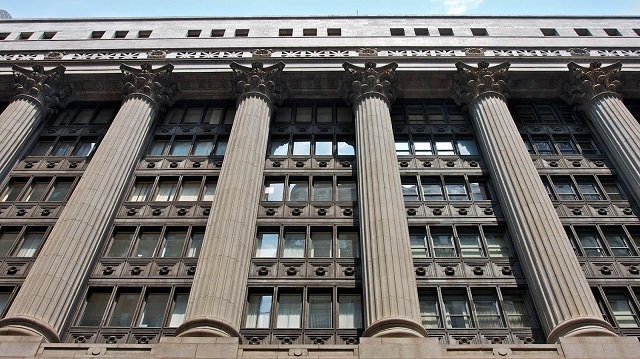 There’s a wryly comic subplot about Dan’s romantic entanglements, themselves comments on social strata. Should he pursue Molly O’Brien, who helps his mother with chores three days a week? Or were his visits to Rosa Rosetti, the beauteous Italian widow whose husband was killed due to Blackstone’s skulduggery, about to turn into something more? Maybe his keeping company with the classy Camille Upton could elevate him into the ranks of the town’s elite? Or would he simply marry the Gazette, if its frustrated editor ever lets go of the reins?

There’s a satisfying denouement to the story. Time was perhaps less kind to Hardwick, when the taste for Beaux-Art architecture began to fade after World War I, and therefore quarry work as well. The once-agricultural town turned industrial suffered economic woes in the ensuing decades.

Hardwick gradually regained agricultural equilibrium. If now all-digital, the Hardwick Gazette, founded in 1889, is still going. And the Woodbury quarry, inactive since the 1930’s, was purchased in the early 1950’s by Swenson Granite Works of New Hampshire, on the hunch that Pennsylvania was going to want to spiff up its capitol edifice. The hunch paid off in 1967, and the Woodbury quarry has been producing steadily ever since. 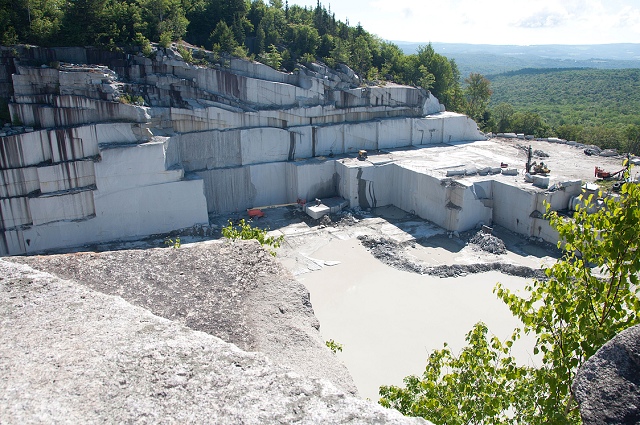