I wound up doing bartender duty of sorts at the Wildwood Barbeque Christmas bash tonight, a party for family and friends of what is currently rated the No. 1 restaurant in Hadley, Massachusetts on Trip Advisor.

Full disclosure, I’m part of the family equation, the restaurant owned and operated by my son-in-law and daughter. Here’s Glenn Brunetti in action with some pizza dough in the air: 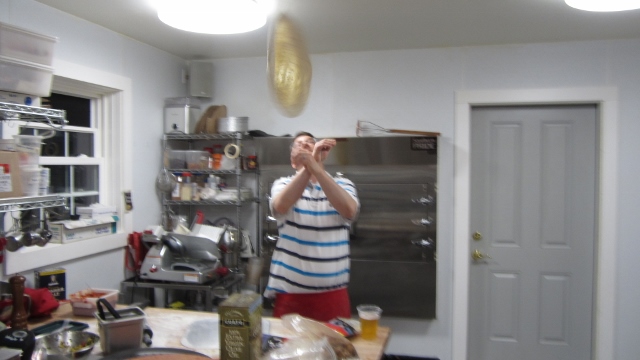 Pizza in the air! 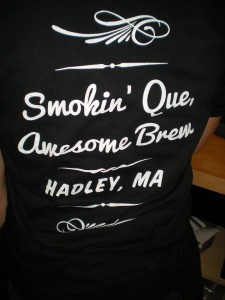 My wife is pitching in as a part-time bookkeeper, and even picked up an employee mug at the great groaning board affair. Least I could do was man the taps for a while. Good way to meet everyone anyway, and talk about beer a bit. I pitched in a bit before the opening in July and now Wildwood has eight craft beer taps, no crap beer. As the t-shirt at the right says:

Bad timing for a promo, I guess, since the restaurant is closing for a two-week hiatus. So we ate as much as we could to counter excess inventory problems.

The most popular pours of the night were Allagash White, Berkshire Brewing’s Shabadoo Black & Tan (a blend of their Berkshire Ale and Drayman’s Porter), and the Element Red Giant.

There were no Christmas beers on tap, though, so I brought along the Mikkeller Hoppy Lovin’ Christmas, and poured plenty of samples. The instant Wildwood verdict—everyone loved it. Of the seven or so samplers, I think every one of them used the world “delicious” to describe the beer. 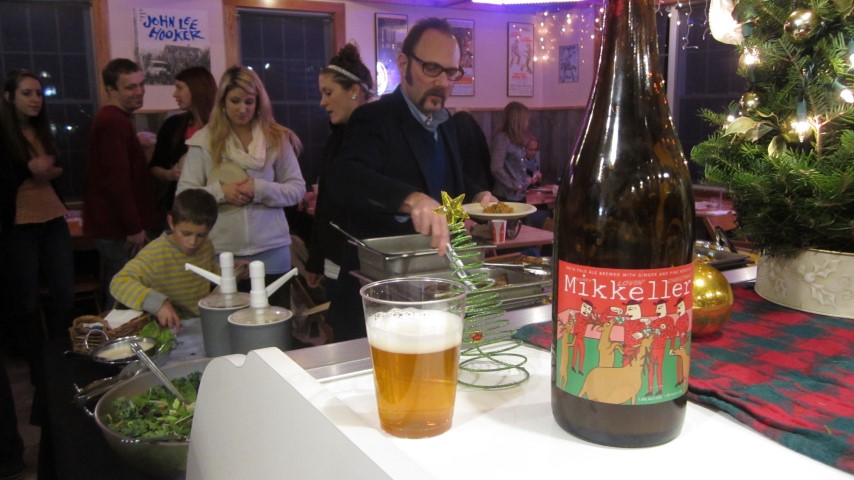 A big IPA brewed with ginger and pine needles, the HLC is a little like Sixpoint’s Global Warmer, though the latter has a sweeter, more nectar-like mouthfeel. HLC is smooth overall, but the hop profile has a pronounced citrus smack, and there’s certainly some ginger tang, too. There’s a piney hop note, but otherwise frankly little evidence of pine needles. Nice to know they’re there, though.

Nice to know Mikkeller is around, too, if tough to pin down. Started in 2005 in Denmark by Mikkel Borg Bjergsø and Kristian Klarup Keller, the company is one of the small tribe of itinerant brewers, setting up shop in various brewhouses around the world, although in Mikkeller’s case, most often in De Proefbrouwerij of Belgium.

Keller has left the company to become a music journalist, but Bjergsø plows on with wild inventiveness inspired by U.S. craft brewing. It seems like a new and acclaimed brew comes out every fifteen minutes, including some work in Vermont with the Hill Farmstead Brewery—Daybreak, an Imperial Stout, and a Grassroots Brewing beer called Wheat is the New Hops, a wheat IPA fermented with Brettanomyces. 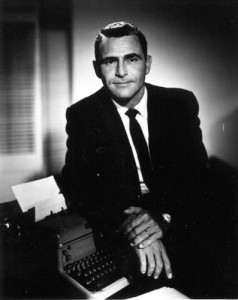 There are other Mikkeller Christmas beers, like Santa’s Little Helper, and even alternate versions of Hoppy Lovin’ Christmas, one conditioned in red wine barrels, another in Sauternes barrels.

San Franciscans might have the easier time keeping track of this freneticism, since there’s a Mikkeller Bar there, one of a few now scattered around the globe. (Although, according to the Mikkeller website, the San Francisco bar is closed on Christmas Day in honor of Rod Serling’s birthday).

Hoppy Lovin’ Christmas is imported by the Shelton Brothers, as are many of the Mikkeller beers, but like many of them, it’s probably an ephemeral thing, here today, gone tomorrow. If you run across one, buy two.  [Dec. 23, 2013] 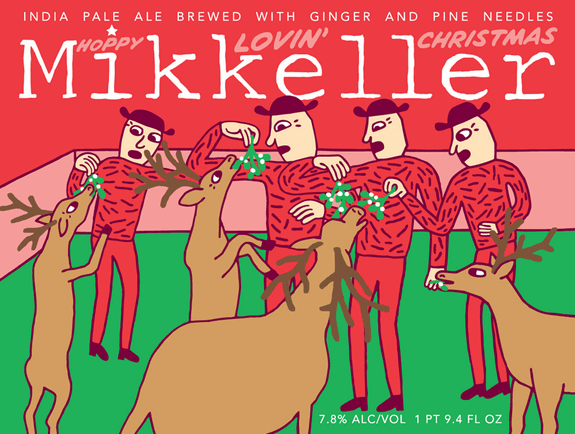