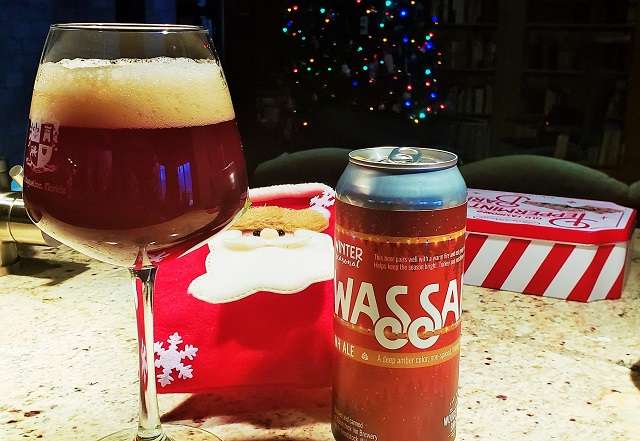 I’m sitting in front of our wood stove, contently sipping the Wassail from New Hampshire’s Woodstock Inn Brewery, confident that I’m doing it right, according to the message on the can: “This beer pairs well with a warm fire and not going to work. Helps keep the season bright. Turkey and mistletoe not included.”

The Woodstock Inn, located just south of Franconia Notch and North Woodstock, opened as a small B&B in 1982 owned and operated by Scott and Eileen Rice. It’s still in the family, though now managed by the couple’s daughter, Molly Rice Norby and now expanded to 41 guestrooms. 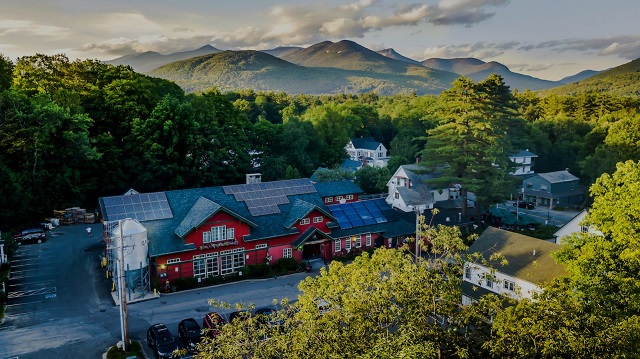 The brewery opened on a seven-barrel Peter Austin system in 1995, and that’s expanded, too, to a 30-barrel production brewery making about 7,000 barrels a year. Some twenty different beers are brewed throughout the year said Garrett Smith, brewery sales manager. That includes the well-known Pig’s Ear Brown Ale.

And with breakfast, lunch and dinner served seven days, and four pub options—the Main Bar, the Dam Bar (in warm weather), the Brew Pub and the Tap Room—there’s a lot of beer flowing through twelve tap lines every day.

I’d be willing. Here at home in Vermont there is, almost by definition, no compelling reason to drink beer from New Hampshire. But the Wassail could make me rethink my chauvinism. 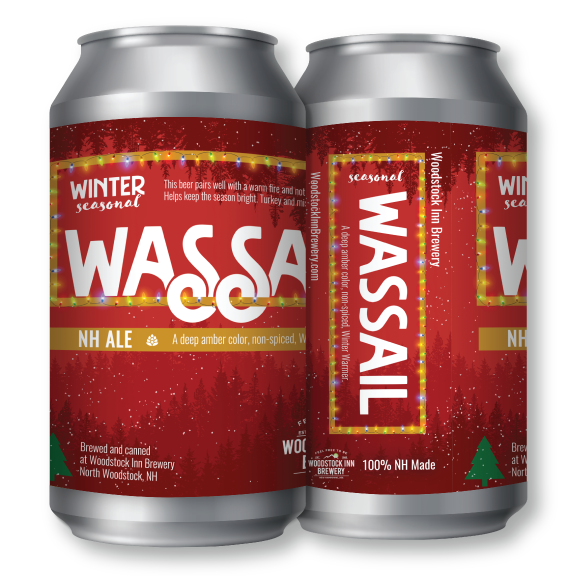 Smith said, “Wassail Ale is one of our original brews. It’s a non-spiced winter warmer, an English Strong Ale by style, at 8% ABV, 20 IBU. Wassail is very smooth, very easy to drink.”

I can corroborate that, and since the beer comes in 16-oz. cans, suggest due caution if having more than one. Smith said the brewery uses London Ale yeast for Wassail, and indeed this seems a pretty straightahead strong ale with no bells or whistles. It’s an attractive, clear, deep red brew with a firm caramel nose with some fruity, mildly oakey esters poking through. Quite alluring.

The palate follows through accordingly, a nicely balanced brew with a mild hop bitterness at the finish and the impression that Smith suggested—smooth and easy-drinking. I quite admired it.