Belgium is great for festivals and parades, some beery in nature, like the tri-annual hop festival in Poperinge, or the annual Kerstbierfestival (Christmas beer festival) in Essen.

Some are uncategorizable, like the Carnival de Binche, at the conclusion of which oddly costumed marchers fling oranges at spectators. This has nothing on the Stavelot’s Carnival du Laetare, when males don white robes and long-nosed masks and whack people upside the head with dried, inflated pig’s bladders. 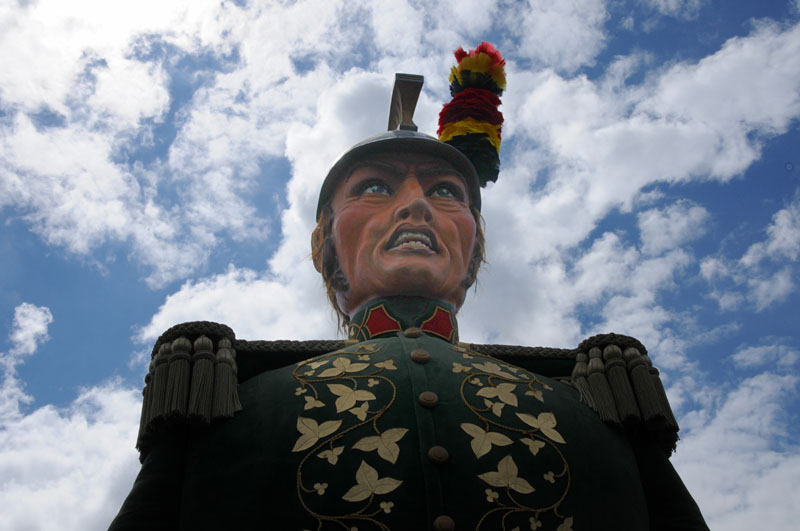 The Parade of the Giants, held on the fourth weekend in August in Ath, is pedestrian by comparison, with oversized characters dancing through the streets, and a grand recreation of the battle between David and Goliath. Hence the Wallonia region’s reknown as the Land of the Giants.

It was also the region of the Brasserie des Géants, the Giant Brewery, founded by Pierre Delcoigne and Vinciane Wergifosse in 2000. The two had purchased the thirteenth century Castle d’Irchonwelz in 1997 and reconfigured to fit their brewing specifications. As might be expected, the Giant Brewery put out a lot of big beers, including Nöel des Géants for the first time in 2007. 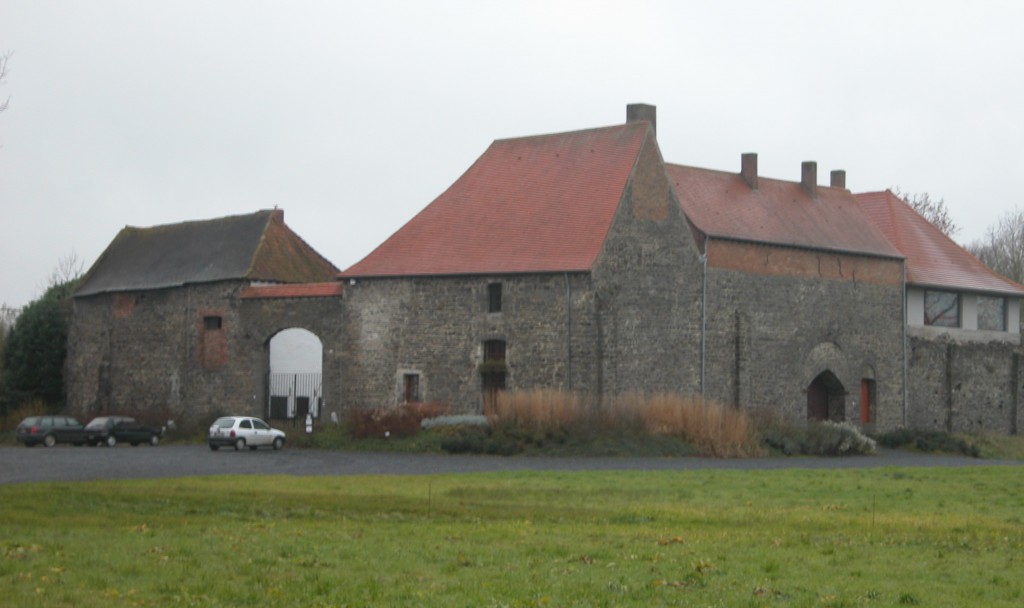 The pair joined forces with the Brasserie Ellezelloise in 2006, and renamed the group Brasseries des Legendes, although the two lines remain separate as Brasserie Goliath and Brasserie Quintine. (On my last trip to Belgium I had the latter’s Hercule, a 9% ABV stout named after Agatha Christie’s famed Belgium detective, happy enough to have any kind of rare Belgian stout).

I picked this one up mainly because I’m a sucker for good-looking bowling pin-shaped bottles. The beer is imported by the Shelton Brothers, who call it a Gruit and coyly let on that its spiciness is due to a, “delicate addition of a special aromatic herb from the region of the brewery.” Leaving the rest of us to go crazy trying to figure out what it is. My wife even thought it might be endive. 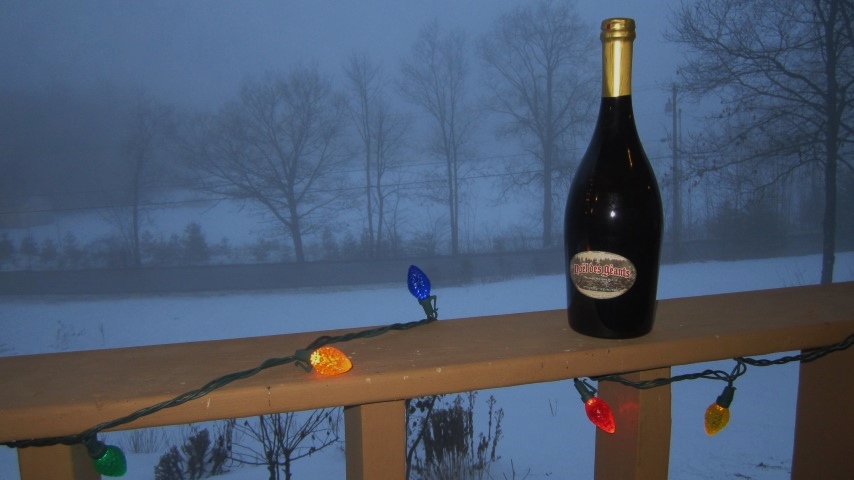 What’s that big thing lurking in the woods?

The beer is certainly more herbal than hoppy, and I started tasting everything as I let the beer sit around for awhile, from cinnamon to anise to juniper to just about anything else I could imagine. In truth, I found it hard to get a handle on this one.

Since it was a bit of a gusher when opened, it may not have been in prime condition. It’s an unfiltered, unpasteurized, bottle-conditioned brew. It remained yeasty throughout, with a touch of garden hose, malt-accented but hardly sweet. A giant enigma.

Still, I had no trouble working my way through a 750 ml bottle in the course of the night, trying to figure it out all the while. In the end, the beer strikes me as more intriguing than lovable. But intriguing enough that I’d be willing to try it again.  [Dec. 22, 2013]