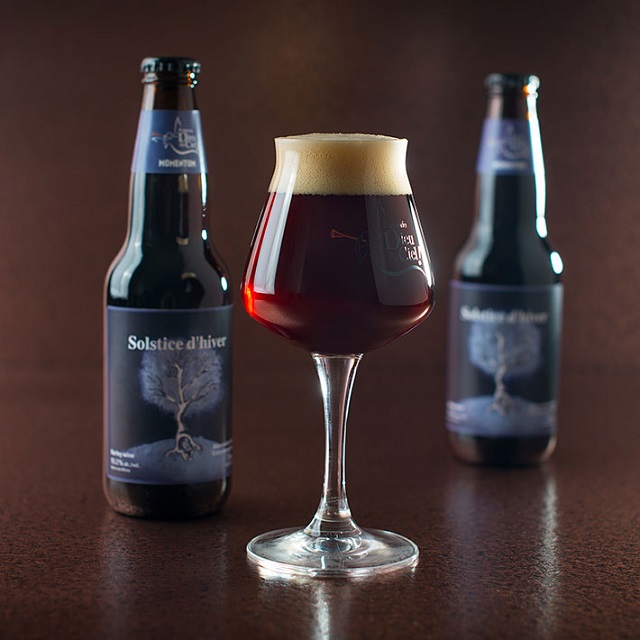 There was little doubt today about which beer I was going to choose from my current lot. On the winter solstice, what better for the longest night of the year than a dark, strong brew capable of making the lights glow a little brighter, before closing down your lids altogether?

As opposed to yesterday’s Ægir Bryggeri Julebyrgg, which only reminded me of a barleywine, this one labels itself as such and turns the volume up past 10 (to 10.2% ABV).

It’s been around almost since the start of Dieu du Ciel, which began life in 1998 as a Montreal brewpub. It quickly earned succès d’estime and steady sales, enough to warrant opening its second location in Saint-Jérôme in early 2008, and now brewing about 12,000 annual barrels of a varied portfolio, some eight year-round beers, seasonals, one-offs, and a rotating series of monthly beers called Momentum; Solstice d’hiver is part of the Momentum series. The beers show up in Vermont now and again, if still rarities, and it’s always nice to see them.

Solstice d’hiver appears in December, obviously. Its calendar companion is the Équinoxe du Printemps, a 9.1% Scotch Ale, appearing in March, just about when cabin fever is at it height.

The Solstice d’hiver is actually brewed in the summer, then aged for four to five months before it hits the market. And at this ABV level, there’s nothing to prevent consumers from aging it further. Mine thoughtfully arrived already tottering on more than year-old legs, having been bottled (says the utterly straightforward label) on 9-17-2015, my wife’s birthday. That seemed nice, since it’s my wife who usually sees me though long winter nights. (She’s been busily accomplishing 95% of the Christmas doings here, so here’s to her.)

The beer pours out a clear mahogany, with garnet highlights. There was some mild froth but I let the beer warm up for awhile and the head vanished, never to be revived. It really only takes one whiff and you know this is going to be a good one, and so it is. With rich, warming vapors of toast and whiskey, dark fruits, a hint of licorice, brown sugar, all promising a sweet, liquorish dram. And that’s what it is, though with enough hopping to balance out the sweetness. There’s deceptively little alcoholic warmth going down, so approach this one with some caution. 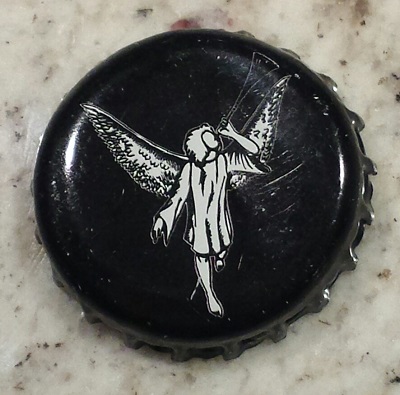 This is a worthy beer in all ways, although the 11.5 ounce bottle seems an unnecessary European touch. Still, one should take the time to appreciate this beer as it’s a long night anyway.

Name: Solstice d’hiver
Brewer: Dieu du Ciel, Montreal and Saint-Jérôme, Canada
Style: Barleywine
ABV: 10.2%
Availability: Seasonally. Imported by Shelton Brothers Inc., which distributes to 27 states and Washington D.C. Check their “Locate Our Products” list to see if the beer might be near you.
For More Information: http://dieuduciel.com/en 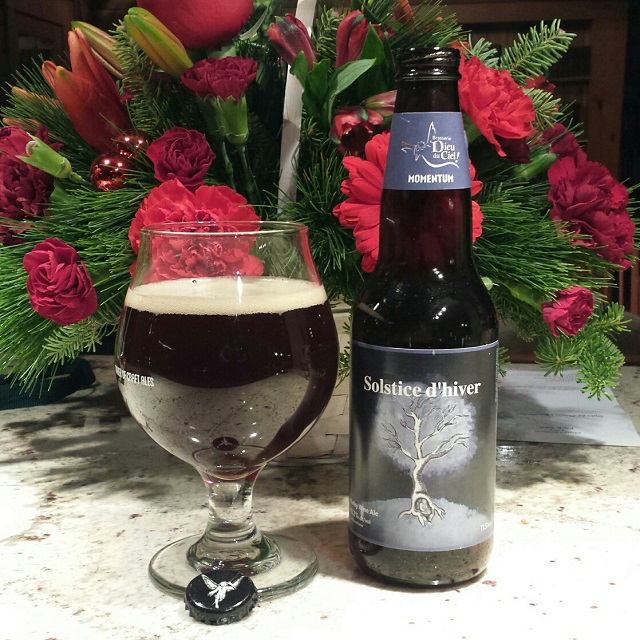