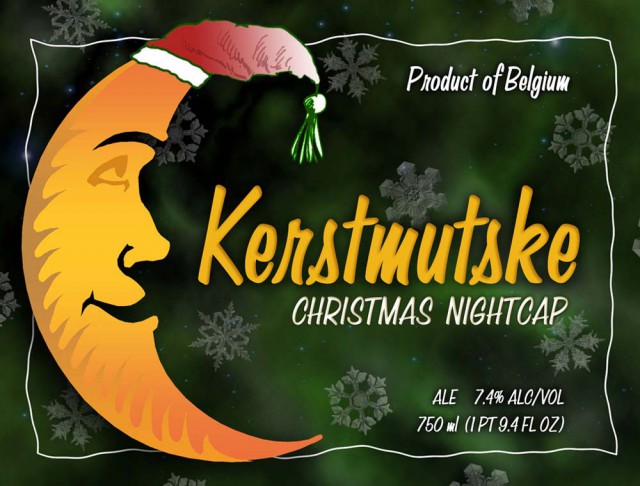 “Slaapmutske” is Flemish for “Sleeping Cap” or, in our vernacular, nightcap, and Dany de Smet and his wife, Marleen Vercaigne came up with the name for their brewing company because a touch of one of their beers to the restless lips of their then-infant son put him immediately to sleep.

If the Brouwerij Slaapmutske was then just beginning to stir in 2000, de Smet already had a long pedigree in the game, having served as brewmaster at the Huyghe Brewery of Melle, from whence came Delirium Tremens, and more to the current point, Delirium Noël. 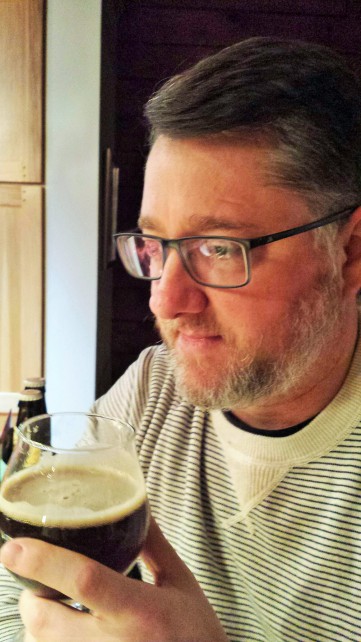 This sort of brought it all full circle in a family sort of way. Because it was almost four years ago to the day, in the first 12 Beers of Christmas go-round, that my son, Mike, and son-in-law, Glenn Brunetti, helped me put away the Delirium Noël. Both were, unsurprisingly, on hand again, and even if we were all four years older, we had just as much alacrity now as then about tucking into a big bottle of Christmas beer.

Why the Slaapmutske beer is marketed here as Kerstmutske I have no idea. The word means about the same, making the full name redundant in either case. But that’s neither here nor there. Nor is the fact that the beer is basically a contract brew, de Smet brewing his mostly big beers at the De ‘Proef’ Brouwerij in Lochristi, Belgium.

What mattered was what was in our glass, which was a clear, nice light brown beer with a frothy tannish head, and a wildly fruity nose. Glenn thought it had a sweet nose reminiscent of plums, I was struck by a distinct memory aroma of Motts applesauce, with a touch of cinnamon, though there are no added spices in the beer. It had a typical Belgian yeast bite, puts the accent on caramel malt flavors, and finishes rather dry. 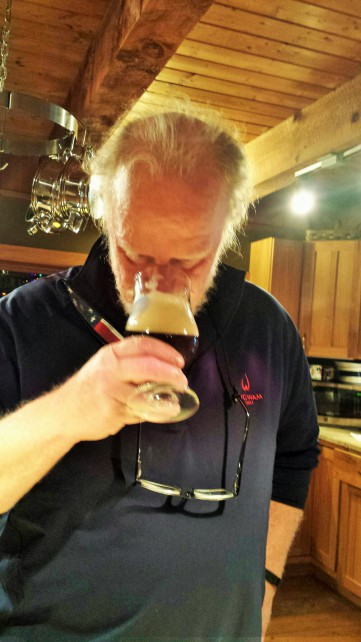 Getting a nose full

All three of us liked it, quite a bit. “It’s delicious,” said Glenn, “with a rich, solid body, sweet but not too sweet, boozy but not over the top. It had the right amount of alcohol for what it was.”

He put it the past tense because we had finished off the 750ml bottle-conditioned beer pretty quickly, though we had a few drams left to carry to the dinner table, where it went just fine with some pork tenderloin.

A good beer was the general consensus—a good, solid mouthful, that works as well as nightcap or aperitif, on Christmas eve or Christmas, or probably any other day. 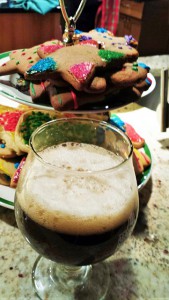 Availability: Seasonally. Imported by Shelton Brothers Inc., which distributes to 27 states and Washington D.C. Check their “Locate Our Products” list to see if the beer might be near you.
For More Information: http://www.slaapmutske.be