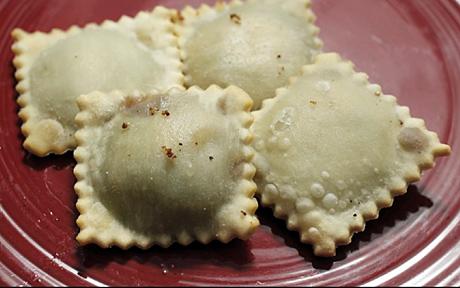 We may have to make TEOTBWAWKI a regular feature if people keep doing weird beer things like the crazy Scots at BrewDog, or like Mark Zable of Texas.

Zable has made it to the finals of Big Tex Choice Awards Cook-off at the Texas State Fair in Dallas each of the last three years. In 2008 it was with his Chocolate Covered Strawberry Waffle Balls. While roundly appreciated, his Schweddy–rather, his waffle balls, did not take the blue ribbon. He fell shy of glory again last year, though not for lack of trying with his Sweet Jalapeno Corn Dog Shrimp.

But Zable has his eye on the big one this year, with his latest inspired concoction: Fried Beer. Actually, that should be Fried Beer™, since Zable has a patent pending on the process that creates what looks like a ravioli, though it’s more pretzel dough than pasta, with a liquid beer filling that remains liquid even after the morsel is lowered, briefly, into a fryer. The beer used so far is Guinness Stout. 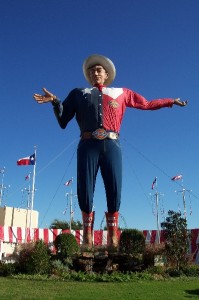 Sounds good to me, and certainly not too bizarre for the Texas State Fair, which has been going strong for more than a century, and where the corn dog was introduced in 1942 (although called a corny dog there). Last year’s Big Tex winner in the “Most Creative” category was the seemingly redundant Fried Butter. 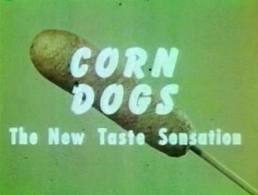 Fried seems to be the key to victory in the contest, which has been held since 2005 and is open only to the concessionaires at the fair. Winners in recent years have included Fried Ice Cream, Fried PBJ and Banana Sandwich, Fried Coke, Deep Fried Latte, Chicken Fried Bacon, and Deep Fried Peaches & Cream.

Zable has been experimenting with the beer process for three years (apparently even while frittering away his time on waffle balls and corn dog shrimp), and now he feels ready for the judges–his time has come.

Zable has some history at the State Fair, since his father, Norman, began the Belgian Waffle Concession stand there almost a half-century ago, and the young Zable was gradually kneaded into the family business. There are now two Zable concession stands, and beginning in late September (the fair runs from September 24-October 17), the public will be able to eat Fried Beer™ there for the first time. The judges will have an earlier crack at it and announce the cook-off winners on September 6.

That is, presuming the judges and members of the public who request it are over 21, the legal drinking age in Texas. Since the alcohol is not cooked off in the frying process, Zable had to have the product cleared by the state Alcoholic Beverage Commission, and buying customers will be carded. 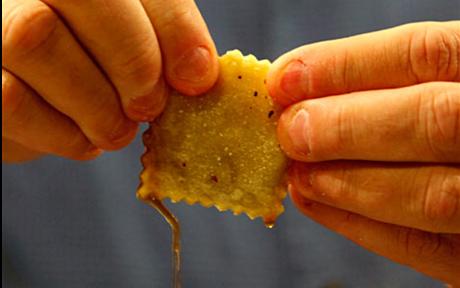 My sister first tipped me off that there was now such a thing as fried beer, outpacing NPR, which ran a feature on Zable yesterday. But this story should quickly go viral; Zable already has a website running and he’s gearing up to license concessionaires at other fairs.

My guess is that Zable’s ship has come in. I’m at least sure that Fried Beer™ is going to outsell bottles of beer stuffed in animal pelts. 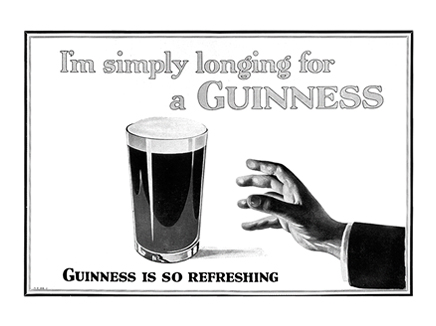 3 Responses to “The End of the Beer World As We Know It, Part II: Fried Beer”