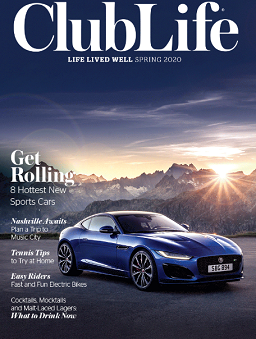 I wrote up a piece on the not-so vanishing world of bock beers for the spring issue of the relatively new ClubLife magazine and I included Rogue’s Dead Guy Ale in the six-pack sampler. But, as I noted, Dead Guy is a bit of an outlier in that it is not, like other bocks, a lager. Rogue gets around this by calling it a maibock-style ale, and that seems easy enough to live with.

The beer has been around for a long time and except for the packaging, according to the Rogue website, hasn’t changed in over a quarter-century. It’s made with 2-Row, C15 & Munich malts; Perle and Sterling hops, and the house Pacman yeast. 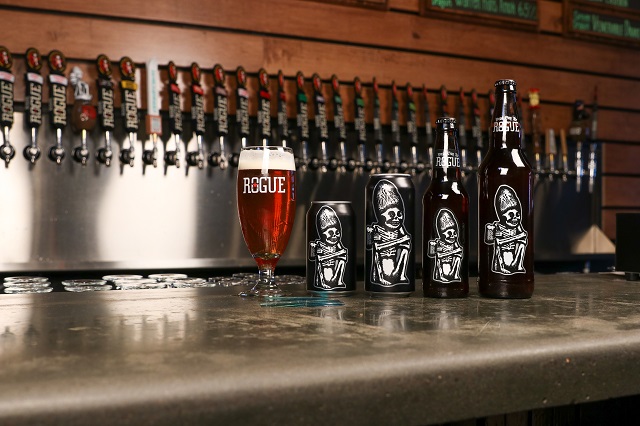 It’s a light copper-colored brew, with a mild head, a sweetish caramel nose, biscuity and beery, a distinct malty sweet palate with a whiff of honey, all nicely trimmed by the bittering hops. There’s nothing terribly complex about it, but it’s compellingly drinkable, which could be a little tricky as it finishes up at a hearty 6.8% ABV.

In a world laden (perhaps overladen) with IPAs, Dead Guy is a real pleasant change of pace.

Rogue has always been wildly experimental, once making a beer out of yeast spores culled from brewmaster John Maier’s beard. Maier retired last summer after a long career with Rogue. Joel Shields is the new brewmaster, having trained under Maier for a decade.

The brewery now makes all sorts of IPAs, which is hardly a surprise. The surprise is that Dead Guy, which now passes for a fairly conventional brew, is still the most popular of its offerings. (Batsquatch, a newish hazy IPA, is the runner-up.) 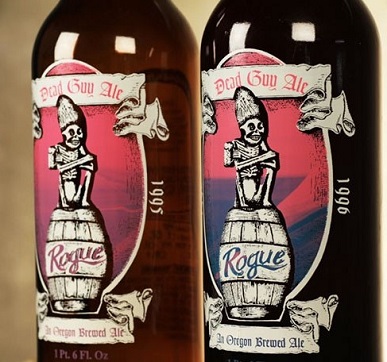 Dead Guy was originally a chili beer, brewed back in 1990 for a Portland, Oregon Tex-Mex restaurant Casa U-Betcha (no longer with us). Using a Dios de la Muertos theme, then Rogue graphic artist Penny Muire came up with the iconic logo of a mug-wielding skeleton squatting on a barrel.

Once the tie-in with U-Betcha ran its course Maier refashioned the beer into the recipe still used today and its popularity took off immediately. The bottle labels were originally silk-screened and variations in inking suggested a tie-dye Grateful Dead effect. Didn’t hurt sales.

Back in 2016 Rogue’s current graphic artist, Hagen Moore, re-did the logo for the rollout of the beer in cans. The barrel is gone but the squatting dead guy is still there with mug in hand. Inside, the beer is the same. Still going strong after more than 25 years, it’s safe to slot this one in the craft beer basic repertoire. 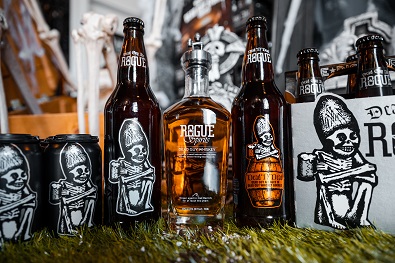 Rogue is into spirits as well as beer, and there is a Dead Guy Whiskey made from the same malts as the beer. Then, circles within circles, there’s a 7.9% ABV Dead ‘N’ Dead fall seasonal beer—Dead Guy Ale aged in Dead Guy Whiskey barrels.

Pretty lively for a dead guy.