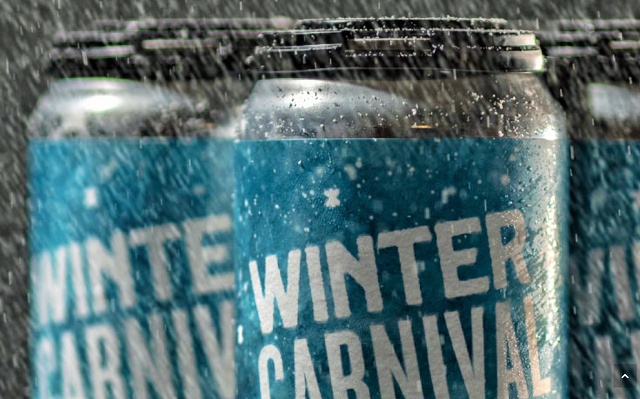 After last night’s huge B-Bomb from Fremont Brewing, it was time to scale back, and a 5.2% ABV white ale sounded about right, as long as it’s called Winter Carnival. I’m not sure exactly what else would quality this as a winter beer.

But according to the Lone Pine website, this is the brewery’s first seasonal winter ale, “…brewed with the colder months in mind…,” so it gets a pass. Founded in March, 2016, the Maine brewery has concentrated on IPAs (you can typically find more than a dozen variants on the taproom lists in Portland and Gorham). That includes Oh-J, an 8.1% ABV double IPA that has become one of the flagship beers.

Co-founders Tom Madden and John Paul came out of the gate fast, and by 2018 the Brewers Association called Lone Pine the fourth fastest growing craft brewery in the U.S. The brewery now distributes to 17 states.

Lone Pine is based in brewery-rich Portland, home to Allagash Brewing. Allagash White is a modern classic, a beer that never disappoints. I don’t think Winter Carnival is going to knock it off its perch, but credit the brewery with some cojones for brewing a white ale at all.

As typical of the style, there’s a percentage of wheat malt and unmalted wheat that goes into the mash tun along with the barley and crystal malt. Mandarina and Bavaria hops are used, along with the touches of coriander, orange peel usually found in wits. And there is mention of “our own custom spice blend.”

Not sure what that might be, but the hazy yellow beer certainly had a spice-laden nose rising from a copious head, the peppery quality you want in a wit beer, suggestions of ginger, clove and a pleasing bite to the finish, probably more from the yeast and spicing than the hops.

As the brew warmed up a bit I thought I was started to detect some funk, a suggestion of Brettanomyces, which is not typical of the style. It may be intentional, it may not, it may have something to do with that custom blend, or it may be a figment of my imagination.

In any case, it didn’t mar my enjoyment of the brew. Not one that blew me away, but refreshing and pleasant in its own right, and certainly right for my moment.