He made it to 103, but Errie Ball finally succumbed early in the morning of July 2, 2014. The following piece was written in April of 2011, when he was a mere 100, with a few updates along the way. Errie did survive Bud Lewis, so for a time he was indeed the oldest living and longest serving PGA member. 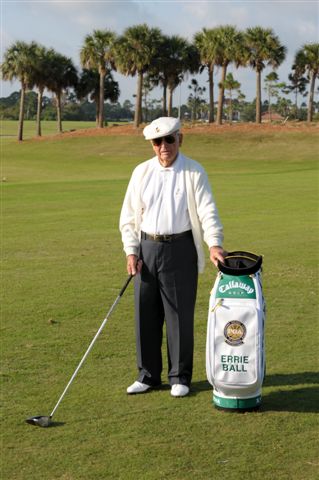 Longevity is trending. Or there’s something in the water. On March 13, Bill Geist did a “CBS Sunday Morning” piece on Lou Batori, still skiing in Nubs Nob, Michigan, at age 100.

A few days later, I saw a report on a 100-year-old man named Fred Mack who celebrated his 100th birthday by going skydiving in Williamstown, New Jersey.

And then there’s Samuel Henry Ball, also 100, who is better known as Errie Ball, and is the last surviving member of the 72-player field of the inaugural Masters Invitational in 1934.

On April 6, at 5:30 p.m., Ball will be the featured speaker at the PGA Museum of Golf Speaker Series, in the Museum at PGA Village in Port St. Lucie, Florida. Anyone in the vicinity should drop on by–admission is free and open to all–and hear Ball talk about the invitation that came his way from Bobby Jones, to that little tooniment they hold each year in Augusta, Georgia. The chances are good that he might talk about playing with Jones, with Gene Sarazen, or about the putting lesson he once had from Walter Hagen.

[Addendum from 4/11: A video of the talk is now up at the Museum website here.] 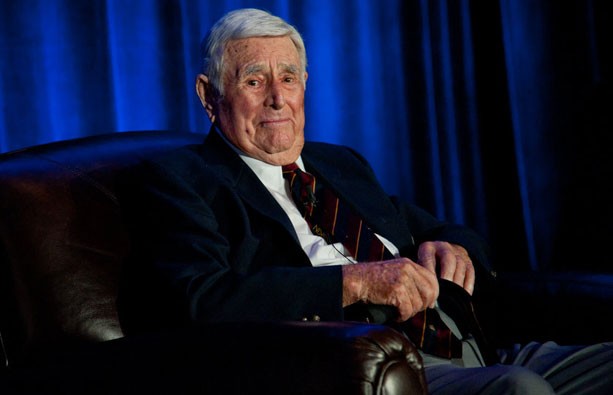 [Further addendum from 11/3/11: Errie Ball was inducted into the PGA Golf Professional Hall of Fame, in ceremonies held last night at the Museum. A piece about the evening appears here, and here’s a photo of the still youthful looking Mr. Ball on stage at the Hall of Fame Ceremony. (Photo by Montana Pritchard, The PGA of America)]

The 1934 Masters wasn’t the last Ball played in. He returned in 1957, establishing another record–at 23 years, the longest span between competitions for any Masters entrant.

Ball, from Wales, began playing the game at age 10, and became a professional when he turned 17. He came from a long line of pros, including his great granduncle, John Ball, who was the first amateur to win the Open Championship (in 1890), as well as eight British Amateur Championships. 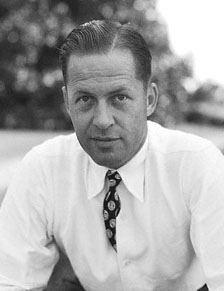 Jones and Ball met in 1930 at Hoylake, where Jones won the Open Championship as part of his Grand Slam year. Another uncle, Frank Ball, serving as the PGA head professional at the East Lake Country Club in Atlanta, suggested that Errie come to America and establish his professional career here. He was elected to PGA membership in June 1931.

Jones eventually gave him as assist, with a letter of recommendation, that helped Ball land his first head professional post at the Mobile Country Club in Alabama, and he’s never really stopped. As the PGA Golf Professional Emeritus at the Willoughby Golf Club in Stuart, Florida, Ball still gives lessons.

He competed in 12 PGA Championships and qualified for 20 U.S. Opens.

“Errie Ball is a beloved legend in PGA circles,” said Bob Baldassari, PGA Village general manager. “His recollection of the game is a treat for any golf enthusiast who wishes to trace back to a bygone era and hear first-hand the story of someone that was an eyewitness to golf history.”

Ball is now five years older than the PGA of America, founded in 1916 and celebrating its 95th this year. He is the second oldest and second longest serving PGA professional.

Bud Lewis of Wyncote, Pennsylvania has him slightly beat. Bud is 102. 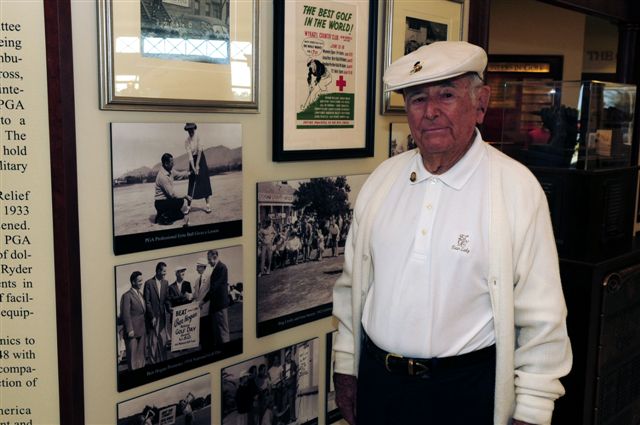 7 Responses to “Give Me Whatever Those Guys Are Having”