George Bernard Shaw had a succinct, if cynical, notion of the lessons history teaches us: “We learn from history that we learn nothing from history.”

His definition came to mind during the recent ceremonies to commemorate the reunification of North and South Vietnam – the Fall of Saigon, as we know it, Liberation Day to the Vietnamese. The net effect was to emphasize the spectacularly divergent spectrum of outlooks on the war, a range of views that seems to have widened, rather than narrowed, with the intervening 35 years. 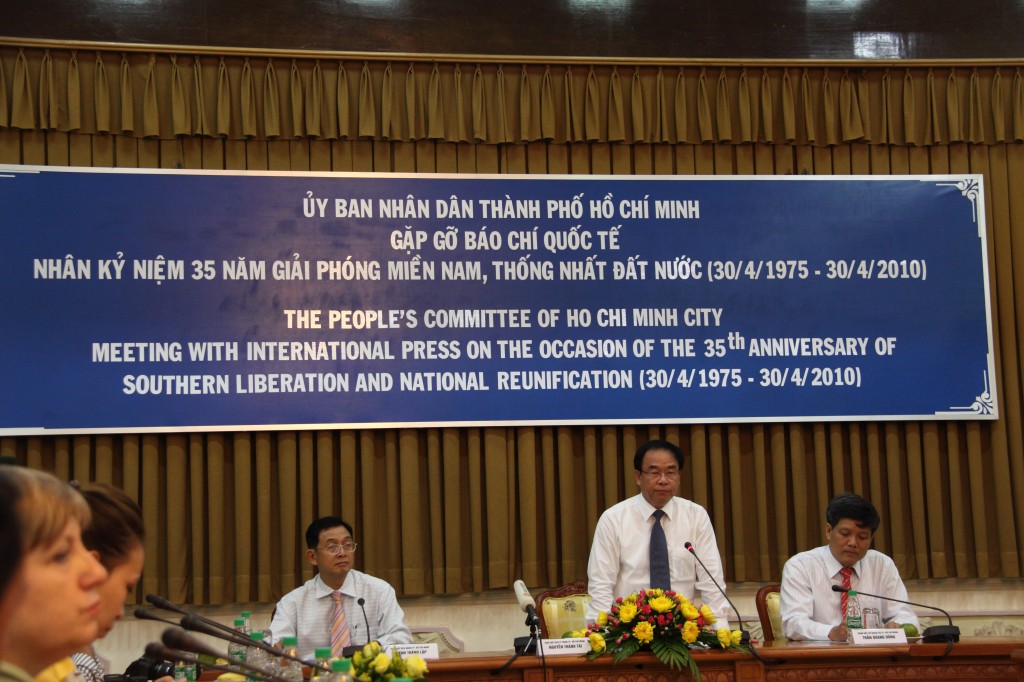 The press conference was a stage-managed affair, but with an emphasis on conciliation.

For this reporter, three brief intersections along that spectrum suggest some of the extremes.

The first was a “press conference” staged by the People’s Committee, ostensibly to promote cooperation with international media. Not unexpectedly, this was imbued with the usual propaganda overtones touting Vietnam’s victory over a much-oversized aggressor, but the official remarks also dwelt more on the progress made since the war ended.

In addition, the guests of honor at the press conference were the “Old Hacks,” a contingent of war correspondents who have remained in touch since the war years and have organized periodic reunions. 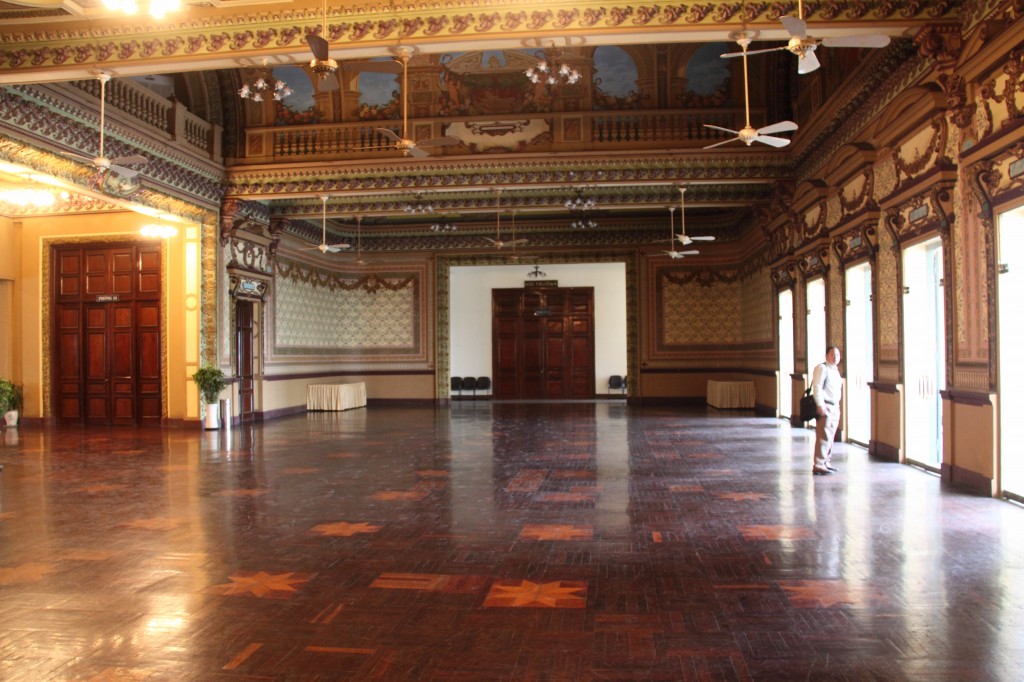 One of the highlights for attending media was the chance to see the interiors of People's Committee Building, formerly City Hall, one of Ho Chi Minh City's architectural icons, though for reasons unknown, off-limits to the public for several years.

A surprisingly well-adjusted group considering the rigors of being a foreign correspondent, many of the Old Hacks recall the war years as the most productive – and certainly the most vivid – of their careers. So their gala dinner at the storied Caravelle Hotel, which served as their unofficial press club during the war — was both festive and nostalgic.

As Jacques Leslie, who covered the war for the Los Angeles Times, put it: “It’s strange to be able to talk about a war and talk about all the benefits that came from it. But for me it was a positive experience. I found out I could do things I had no idea I could do, and I’m grateful for the experience.”

For Vietnamese forced to leave the country, of course, the occasion is known as the Day of Deep Resentment and is hardly the pretext for a celebration. Inevitably, perhaps, the extreme brutality and social upheaval the war entailed – with Vietnamese fatalities estimated at three million, compared to 58,000 Americans – have dissipated with time.

But in certain ways, lingering hostilities between north and south, as well as the “principles” underlying the conflict, make the Vietnam War as mysterious today as it was when first fought.