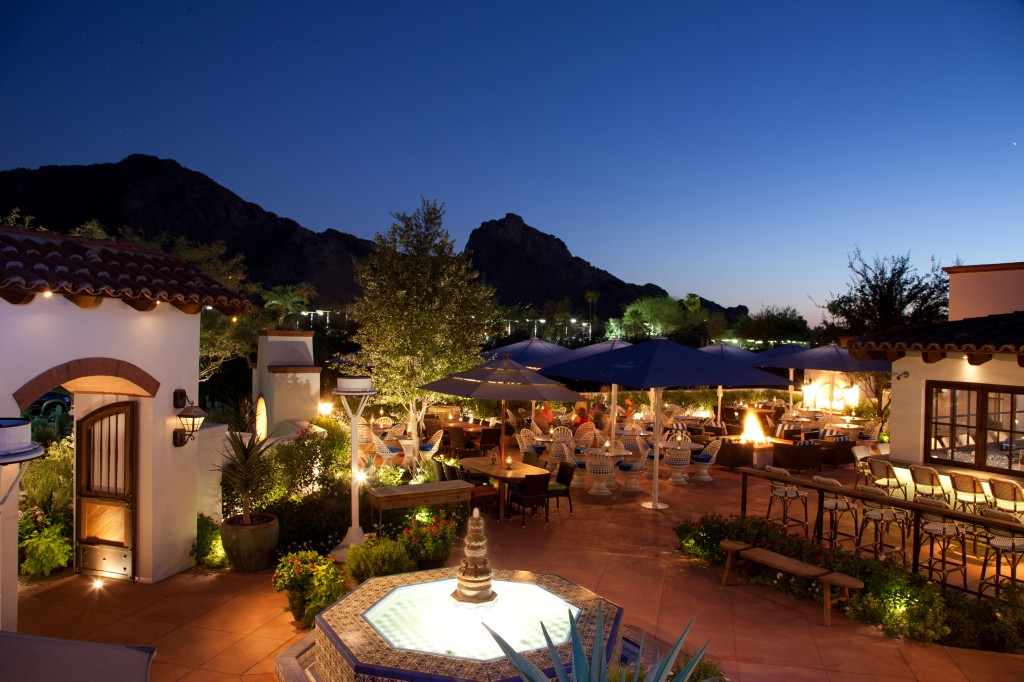 The courtyard at El Chorro.

You would expect a metropolitan area that annually hosts the 15-team Cactus League spring training extravaganza to absorb multiple cross-cultural influences. And in Scottsdale’s case, you’d be right. Three restaurants we visited – all good but otherwise substantially different – illustrate the concept.

Don’t go to the desert for fresh seafood? Mastro’s Ocean Club will encourage you to rethink the notion. An easy walk from The Phoenician, the restaurant is part of the California-based mini-chain Mastro’s. The formula for success seems to be: really fresh food, attentive service, dinner only, attract a fashionable crowd.

The Ocean Club was packed during our visit, the kind of place that manages to be boisterous and elegant at the same time. Our unscientific sampling of the product concluded that while the steaks and chops are first-rate, sushi and seafood are the correct call. We especially liked the tuna tartare. Watching Monday Night Football in the capacious, stylish O Bar makes hanging out at the sports bar a losing proposition. 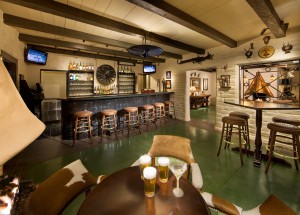 The "Classroom" Bar at El Chorro.

Originally a school for girls built in 1934 by John C. Lincoln with his daughter in mind, the property was purchased in 1937 and repurposed as the restaurant and lodge. Expanded over the years, El Chorro is today a sprawling indoor-outdoor dining tradition, situated between Camelback and Mummy mountains.

The menu at El Chorro – the name derives from the school’s pump, a well-used fixture in the neighborhood – has a Southwestern flavor and a locavore slant, thanks in part to El Chorro’s sizeable garden. There are some non-Southwestern specialties, though, like the excellent trout almandine.

The concept may revert back to the writer’s experience in New York City, but one sign of a 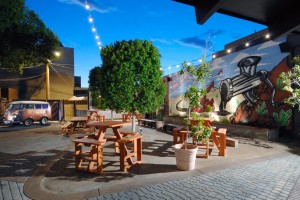 healthy restaurant scene has always seemed to be the success of restaurants that make little or no intuitive sense. Seven-month-old Brat Haus is Scottsdale’s contribution to the genre.

The inspiration of two guys claiming no previous special affinity with bratwurst, Brat Haus nonetheless gushes enthusiasm. Beer, too, as there are two dozen labels on tap, including selections from Germany and Belgium, and a colossal assortment from breweries in western states.

Besides some imaginative takes on sausage and Belgian-style fries, the menu’s ever-expanding pages are the product of efforts by partners Payton Curry, the chef, and Dave Andrea and their interactive approach to hospitality. New entrees recently introduced include fried chicken and waffles; pork schnitzel; and sauerbraten beef short ribs, all by request.

The youngish crowd justifiably favors the outdoor patio setting, resulting in a Buddhist foodie atmosphere, minus the vegetarianism, although that’s represented on the menu, too.