Several years ago, I was going through the Orlando airport, laden with swag from the PGA Merchandise Show. Among the booty was a Medicus swing trainer. Not allowed to carry onboard, the TSA agent informed me. 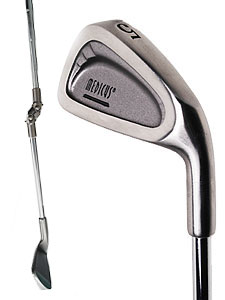 “Yeah, because you could use it as a cudgel.”

Of course, he didn’t believe for even a fraction of a second that the thing – actually quite a good training aid, in my abbreviated experience – would be used for any such purpose. Still, it’s just not that easy to work the word cudgel into a conversation, so I had to appreciate that effort.

Characteristically, there’s no telling what caused TSA to rethink this policy – excessive attrition from agents turning pro, maybe. Seasoned travelers have likely learned not to overanalyze TSA’s motives. But with the decision to allow two golf clubs to be carried on, the question is: which two clubs? (As to the question – Why two instead of, say, five? – don’t ask.)

The new protocol will be handy for just moving clubs, naturally, but say let’s you’re going to a friend’s wedding. There will be golf, but not real golf, in the sense that the venue will be a dog track of a par 3 and the focus, if that’s the word, will be on beer drinking and generally goofing off. Not worth checking the whole set, in other words.

Which dynamic duo would you choose?