Do casino doors even have locks?

“Not usually. Once a casino is opened it operates 24/7, forever,” said Michael McFarlen, Executive Chef at Firekeepers Casino Hotel in Battle Creek which opened just over a decade ago but is now temporarily closed due to Governor Whitmer’s Coronavirus directive. 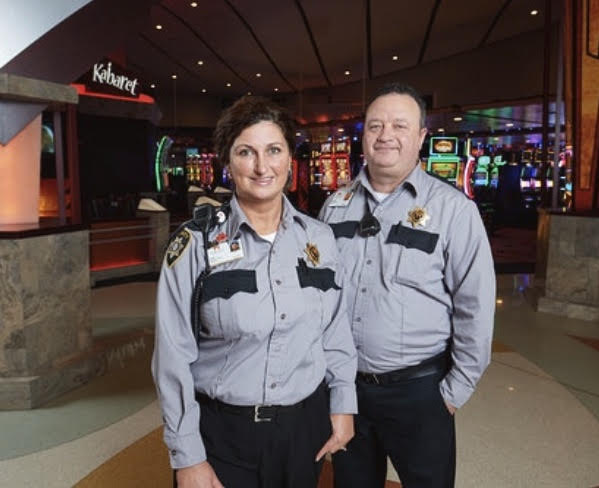 “The casino is closed but we’re pretty busy. Food is a big part of our business and so we’re doing what we can, as a large employer at a time of need, to help out the community.”

Fire Hub is a restaurant and the adjacent Kendall Street Food Pantry in downtown Battle Creek opened by McFarlen and Firekeepers in a historic, circa 1904 former firehouse.

“Under the closures Fire Hub is still open for online and call-ahead carry-out orders and the pantry, which works in conjunction with the Food Bank of South Central Michigan, was able to get fresh food donations to 212 families last Monday,” McFarlen said. “At Firekeepers we are deploying some of our furloughed people to help volunteer as we also pack 1,400 lunches for kids that are out of school right now in Albion and Marshall and about 3,000 meals for families across eight counties.”

It’s not the only way Firekeepers Casino has been quietly helping the community.

George Jenkot, Vice-President of Security and Surveillance at Firekeepers and Joe Donato, the Security Training Manager recently briefed Michigan legislators on the methods their team employs. They’ve also shared their practices at national conferences of casino and resort executives. One of the most dangerous and shocking things their team looks for is evidence of human trafficking – the most unwilling of travelers.

“We aggressively watch for signs and red flags which just don’t match the normal visitor to a casino. We’re looking for people who seem under the control of someone else. Can they maintain their own I.D.? Do they have their own money? Can they make their own decisions? Sometimes people aren’t aware of where they are or even what state they are in. When you start adding those things up you find people who may be being trafficked,” Jenkot said. “It’s a problem in many large hotels. Several years ago we became aware of the problem due to our relationship with S.A.F.E. Place, a domestic violence shelter in Battle Creek. Since that time we’ve created an aggressive training program with our staff and because of our awareness we have learned of other incidents.”

When people watching or at the tables and slots in any of the world’s casinos – whether it’s Battle Creek, Las Vegas, Atlantic City or beyond – keep your eyes open too. And if you see something, say something.