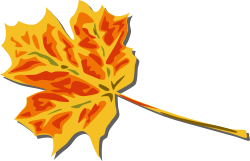 The scent of apple cider and the sight of a roadside pumpkin sale mean that things are about to start going “bump” in the night – and it won’t be just the rattle of high school football player’s helmets on Friday nights! We’re into the scary season, and there are a host of haunts waiting to tickle and terrify you.
-Visiting the Henry Ford’s “Halloween in Greenfield Village” is spooky not scary, and presented with literary sophistication instead of Hollywood slashing. It’s more like skulking through the shadowy pages of Edgar Allen Poe than screaming across the silver screen chased by a machete-wielding Jason of Friday the 13th infamy.
Sundown at the interactive, historic village in Dearborn, just outside Detroit, gives rise to eerie pathways illuminated by over 800 carved jack o’ lanterns and animated by actors and docents in intricate, turn of the century costumes.
The authentic buildings collected and transplanted to the village, including the Wright Brothers Cycle Shop, Henry Ford’s boyhood home, and Thomas Edison’s Menlo Park Laboratory, are seriously credible haunts – especially when brought to life by special effects, including strobe lights, fog, and undead visages of their former occupants. Is that the Grim Reaper pacing past a campfire? Are those pirates at the helm of that burning boat on the river? Maybe most striking is a glimpse of a menacing headless horseman and the urgent sound of his tall, black stallion galloping in the pasture along the fence.
Halloween in Greenfield Village takes places under the moonlight each Friday, Saturday and Sunday night in October and is for the faint of heart.                  �
For more information or to secure the required advance timed tickets ($12; children under two are free), visit www.thehenryford.com or phone (313) 982-6001. 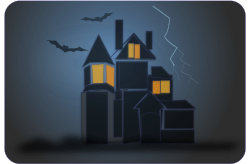 -Mackinac Island’s Haunted Theatre was built in 1885 by the same man who built Grand Hotel and a number of the island’s distinctive homes, but it was 1974 when The Orpheum embraced its’ spookiness and opened the doors to tourists. Only steps from each of the islands three ferry landings – and directly across from Shepler’s dock – a trip through the darkened displays of startling noises and creepy animated characters costs only six-dollars and leaves everyone laughing with its’ antiquated charm. �
Visit www.mackinacislandhauntedtheatre.com or phone (231) 818-0527
Haunts of Mackinac’s Haunted History Tours, just a few storefronts away on the corner, presents a cloaked guide to lead guests by lantern light on a ghostly, 90-minute walking journey back in time. Call (906) 847-8018 for more details.
�
-Bestmaze Corn Maze, in Williamston, is three miles of trails cut through 20 acres of stalks as high as an elephant’s eye. For seven-dollars, with price breaks for families and groups, you’ll find yourself a-mazed at the detailed, imaginative handiwork of Bestmaze designer and builder Mark Benjamin.
“If you get lost, you can simply raise your hand,” Benjamin explains. Helpful guides atop towers will steer you to more fun, or to the optional exits and shortcuts built in.
Bestmaze, at 3803 Noble Rd, south of I-96’s M-52 exit, also offers a separate Trail and Tunnel of Terror for $10. Special effects, animatronics, and intense frights lurk around each of the trail’s 50 twists and turns. If it’s too frightening, Bestmaze will provide an escort to keep the zombies and creatures of the night at a distance.
Count cider and donuts as your reward for emerging from the maze or the terror trail. Bestmaze is open through Halloween from 6-10 p.m. Fridays; 1-10 p.m. Saturdays; and 1-9 p.m. Sundays. The Trail and Tunnel of Terror opens after dark and stays open until 10:30 on Fridays and Saturdays. Visit www.Bestmaze.com for details.
�
-Halloweekends is on at Cedar Point, in Sandusky, Ohio, though Halloween. Cedar Point has recently been named “The World’s Best Amusement Park” for another year, and the park’s attention to creative detail must be one of the reasons why. To compliment the wide variety of scream machine roller coasters, Cedar Point positively bedecks its midways and forests with ever-present ghouls, goblins and ghastly displays. Dramatic Edgar Allen Poe readings, walk-through haunted houses, and roaming frightful characters bring every darkened corner to life Fridays, Saturdays and Sundays. Guests can choose their level of scariness – from childlike to nightmarish. All day tickets are $45.99, but can be had for less that $30 if you overnight at one of Cedar Points adjacent hotels, which also feature Halloween decorations. Visit www.Halloweekends.com or call (419) 627-2350 for more information.
�
Michael Patrick Shiels may be contacted at MPSbigshow@aol.com 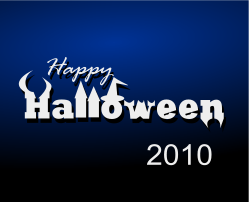 One Response to “Autumn in Michigan”