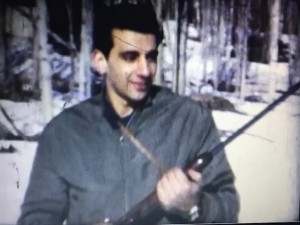 Ron Khoury presumed joining the U.S. Air Force in 1953 would get him up into the wild blue yonder – but he didn’t anticipate a trip on a troop ship up the Pacific Coast to Ladd Air Force Base in Fairbanks, Alaska via Anchorage.

“We were all quite enthused because many of us had never been on the ocean before and it was a beautiful, sunny day when we sailed under the Golden Gate Bridge. But when the coastline slipped away and the rolling of the ship became very noticeable, many of the airmen started doubling over with seasickness. The sight and sound of this then had a ‘snowball effect’ on the others,” recalls Khoury in his book “The Junior Sourdoughs,” a rollicking memoir of military travel he is aiming to have published. 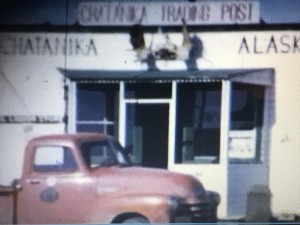 Khoury and the troops, sleeping on canvas cots, were happy to see land and get ashore, but what they found in Alaska was bitter weather. “New arrivals were scheduled for ‘Overnight Survival’ training during which we were marched out into the Alaskan wilderness and made to sleep in tents. Our sleeping bags were shaped like the inside of a mummy’s coffin, but some guys stayed up all night by the fire because they were afraid they’d freeze to death,” recalls.

On nights the airmen stayed inside there wasn’t much to do but play cards or listen to “Gunsmoke” on the radio so Khoury jumped at the chance to do a little sightseeing when some locals offered to take him to Fairbanks for what they called nightlife. “The place was a tar paper shack with a hard-packed soil floor and bare light bulbs hanging from the ceiling. The bar was a long plank nailed to the top of wooden barrels,” he writes. “It was a rough crown so I drank half a beer and got out of there.” 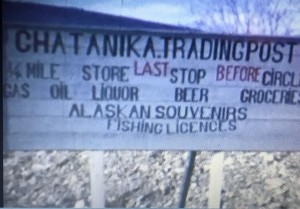 Summer brought the “Midnight Sun” and once the ice melted in June, Khoury and his sleep-deprived friends fished the crystal clear Tanganyika River near Mt. McKinley for trout. “There weren’t any snakes or spiders, but the mosquitoes made up for them. They were big and hungry and came in swarms.” Their reward, though, was the surprise of skimming gold flakes right out of the icy river. 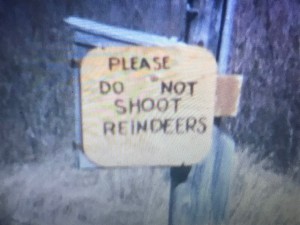 Late in the summer Khoury’s adventure continued when instead of just hunting birds or rabbits, he joined friends who’d secured a single-engine seaplane to drop them off in the wilds for four days of moose hunting. “It was an eerie feeling watching that plane disappear and hearing the silence close in. You can hear silence – it’s spooky. All kinds of weird things started going through my mind: what if a grizzly bear attacked me?” writes Khoury, who did make it out by seaplane four days later – but barely. “On takeoff from the small lake we were so low I could feel the floats on the bottom of the plane hitting the shrubs and bushes.” 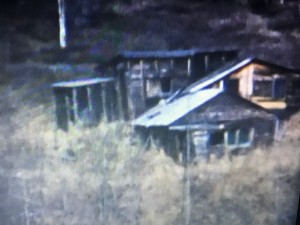 “Everyone was in bed and I wasn’t sleepy so I just started writing. Once I got started everything just came to me,” says Khoury of his decision, with no experience, to become an author.

There are laughs, tears, romantic dalliances and wild fights…plus a somber return to Michigan after Khoury’s service in Alaska came to sudden end, all of which he recounts with great authenticity, detail and humor in the book he is aiming to publish: “The Junior Sourdoughs.”