During Holy Week and Easter Sunday, millions of Christians imagine, as they hear the story of Christ’s crucifixion and resurrection, the setting in Jerusalem. Pope Francis, like many, wants a firsthand look, and he will get it next month when he visits Israel for the first time ever as part of a pilgrimage to tour the Holy Land. The good news, pardon the pun, is that you can too.

“We are thrilled to welcome Pope Francis to Israel,” said Haim Gutin, Israel Commissioner for Tourism, North and South America, “and we are confident his visit will inspire a new wave of Catholics from around the world to visit Israel and experience firsthand the land that gave birth to the Bible, to Jesus of Nazareth and to Christianity.” 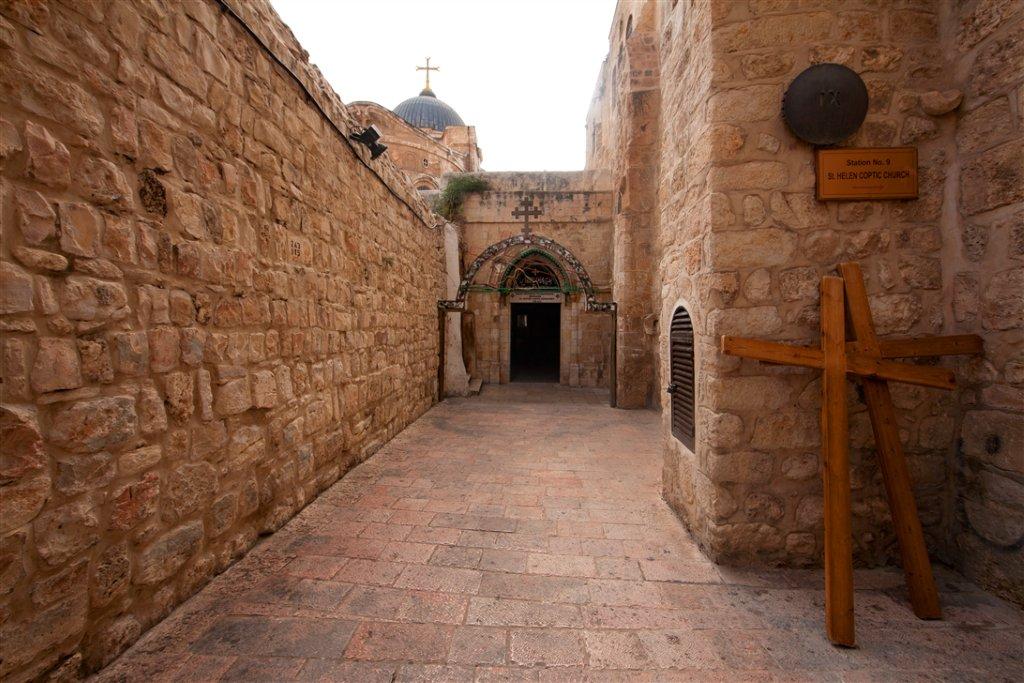 Jesus fell for the third time here at the ninth Station of the Cross along the Via Dolorosa in Jerusalem. (Photo Credit: Noam Chen)

Returning to the bustling, breathing Jerusalem – it’s like a manic museum – you can then retrace the Stations of the Cross on the Via Dolorosa (Way of Sorrows) concluding at the huge, dramatic Church of the Holy Sepulcher where, as Pope Francis will presumably do, you can kiss the spot of the crucifixion.

I was surprised by the very close proximity of the site of the tomb and, for that matter Bethlehem, just over the hill, which the Pope will also visit. Like all world leaders, he will also pay respects at significant Jewish sites such as the Western Wall (in the OldCity) and the Yad Vashem Holocaust Museum, nearby.

The Holy Father’s visit will mark the 50th anniversary of the first-ever pontifical visit to the Holy Land when Pope Paul IV did so in 1964.

I heartily recommend hiring a personal guide to assist you in navigating the various sites The Holy Land has to offer. The world “pilgrimage” might set sound daunting, but remember all the comforts of modern travel (particularly Tel Aviv’s BenGurionAirport and Jerusalem’s KingDavidHotel) and safe passage, await you. And you will forever hear the Bible’s stories in a new way with firsthand experience.

For more information about travel to Israel, visit www.goisrael.com.