Since its Aug. 2009 opening, the $300 million FireKeepers Casino, in Battle Creek, has successfully operated under a management 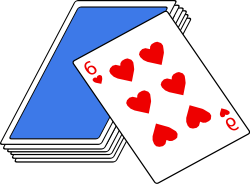 agreement with Full House Resorts. The Nottawaseppi Huron Band of Potawatomi has negotiated a buy-out, four years early, of the Full house contract. As of May 1, 2012, the Tribe will both own and operate the casino resort.

Homer A. Mandoka, the NHBP Tribal Chairman, said, “We will continue to develop jobs for our Tribe and the region alike and will remain a positive contributor to greater Calhoun County.”

FireKeepers employs 1,500 fabulous people, who will continue to be led by General Manager R. Bruce McKee and the Executive Team. “The Team Members have sacrificed and worked hard for the property and each and every one of them has made a contribution to FireKeepers success,” said Mandoka.

The casino resort has set itself apart from others in Michigan by offering a Vegas-style presentation and culture. “Get Your Vegas On,” is a slogan evidenced by the multicolored lights, appearance of showgirls, fountain of fire in front of the valet entrance, high energy music, and nightclub atmosphere. Surprises along the way have included shows right above the casino floor, vehicle giveaways, and the Red Lightning Jackpots, which can occur at anytime and make everyone in the house an instant winner. The Firekeepers Facebook page has attracted thousands and thousands of active followers.

FireKeepers also recently celebrated the topping off of their resort style hotel, which will open in late fall of 2012. The project will bring to market 242 guest rooms, stylish swimming pool, a 150-seat restaurant, expanded guest parking, a 24 hour fitness center and business center, a retail shop. FireKeepers will double the size of their Bingo operations and present big name entertainers in a 2,000 seat event center that can be transformed from meeting space into a concert arena in just hours. The expansion is expected to create 750 more jobs. 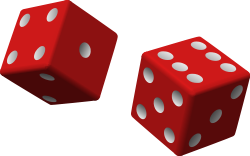