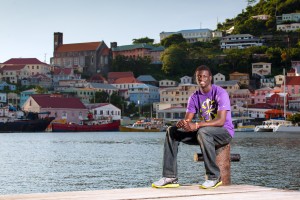 While Russia and Brazil work hard to welcome, respectively, the next winter and summer Olympics, some destinations are already basking in the glory of the games. London, which hosted the summer games in August, already received more international visitors per year – 30 million – than any other city. But the colorful opening and closing ceremonies, featuring the likes of Russell Crowe, Paul McCartney, 007, and Her Majesty herself, were essentially an infomercial for “Jolly Old.”

The 2010 Winter Olympics were staged in Vancouver, where the city’s 2.6 million residents were already living in the fastest growing region of Canada and welcoming skiers to the slopes at Whistler. “The 2010 Winter Olympic Games brought world-wide exposure to Whistler and helped to increase awareness,” said Jennifer Tice, public relations manager at The Fairmont Chateau Whistler. “Our resort benefited from the vast amount of media coverage both leading up to the games, during the games and afterwards.”

But destinations needn’t host the Olympic Games in order to get on the map. The sportsmanship and performance of a nation’s athletes can equate to general interest and tourism growth in a country. Every gymnast, swimmer, shot putter and runner is a potential ambassador. When the Lithuanian basketball team, for instance, managed to win the bronze medal at the Barcelona games in 1992, the newly independent country was reintroduced to the world, according to the new Marius Markevicius documentary “The Other Dream Team.”

Could Jamaica have received any more publicity and curiosity than it did when the tropical nation actually debuted a bobsled team at the 1988 winter games in Calgary? This stranger than fiction truth even resulted in a Hollywood movie. Jamaican track star Usain Bolt, with his superhero last name, is regarded as the fastest man alive, and the sprinter’s colorful victory dances and media appearances reinforce Jamaica’s cool running attitude.

The last time most Americans thought of the Caribbean island of Grenada, President Ronald Reagan was sending an invasion force to quell a military coup in 1983. But Olympic runner Kirani James changed all that in August at the London games when the 20-year-old became the first athlete from Grenada to win an Olympic gold medal. After crossing the finish line in the 400-meter race, James waited to salute his competitor, double-amputee Oscar Pistorius, and asked him to exchange bibs.

“This highly publicized gesture has elicited such an emotional response from people around the world we have initiated a campaign- ‘Celebration of Kirani: Celebration of Grenada’ – to capitalize on the awareness built for Grenadaas a result,” said Dr. George Vincent, Grenada’s Minister of Tourism. Thousands in Grenada lined the streets to welcome James home. “His magnanimous and unpretentious spirit became reflective not just of his own personality, but that of all Grenadians as genuine, warm and friendly, thereby increasing the appeal of the island as a desirable vacation choice.”

At www.GrenadaGrenadies.com, James has listed his “10 Top Spots on Grenada,” which is known as the “Spice of the Caribbean.” Among his recommendations are Gouyave Fish Fridays, the two-mile white sand strand of Grand Anse Beach, a dip in the tropical Annadale waterfall, and a cocoa tour at the Belmont Estate.

Beaches, delectable cuisine and spices, a tropical rainforest, diving, snorkeling, hiking, fishing and sailing are some of the island’s natural, romantic and authentic offerings. Plus, in Olympic style, golden sunsets and bronze tans.