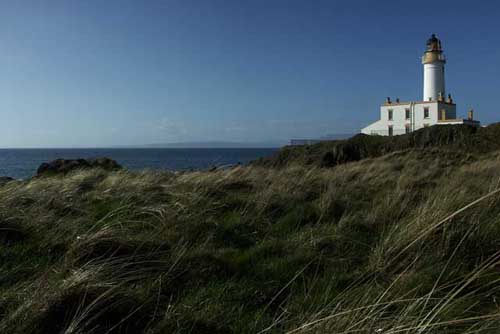 TURNBERRY, SCOTLAND – When you hear spooky things go bump in the night…call the front desk! Some of the world’s most notable hotels are also known for the ghostly guests who never check out.

Stephen Walker is the director of sales and marketing at the world famous Turnberry Hotel, just south of Glasgow, Scotland. In his effort to maintain quality control and understand the nuances of his guest’s experiences, Walker examines every detail of the resort’s recent $50-million dollar renovation by sleeping in the 103-year-old hotel an average of three nights each week, always in a different guestroom.

Walker insists he does not believe in spooky spirits or frightful phantoms. But recounts happenings in guest rooms he refuses to identify by number which he simply cannot explain.

“One night I was awakened by the sound of a child crying and carrying out in the hallway. Finally, unable to sleep, I called down to the front desk and asked the night manager to please do something about the noise,” says Walker. “The manager then rang me back and revealed that there were no children staying on my floor – or even in my wing – of the hotel.”

Walker, on another occasion, had the same middle-of-the-night experience with the inexplicable sound of a barking dog, which would, of course, would be awfully out of place in a posh, luxury hotel.

But it was the midnight visitor which caused Walker to reach up from under his sheets to check his own pulse to make certain he was awake and not dreaming.

“At the foot of my bed, I felt an upright figure pushing against the mattress by leaning his thighs against the soles of my feet. I leapt up from the bed, growling, with my fists engaged, ready to fight for my life,” says Walker, his pulse clearly rising as he tells the tale.

But no one was at the foot of his bed. Walker was alone in the room. 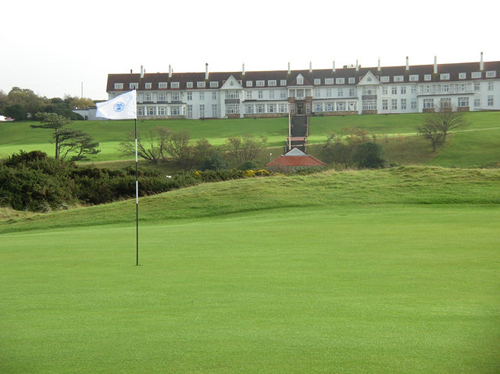 “The hotel staff members have plenty of ghost stories,” says Chris Card, head professional at Turnberry Golf Club, which hosted the British Open this summer. Though the doorman I asked refused to repeat any of them, Walker said that chambermaids occasionally front call the desk when they encounter unexpected “residents,” who quickly disappear, lounging in rooms which have long been vacated by their occupants.

Curiously, a little intrigue can be very good for a hotel. Buzz can equal traffic since vacationers, who count on the certainty of fine cuisine and stellar service, also like a little mystery and drama thrown in. Everybody likes to go home with a story to tell. So Faith Robertson, proprietor of the stately Carrick Lodge, which is across the Firth of Clyde on Scotland’s Isle of Arran, points guests to the exact spot on the grand stairwell where she says the presence of ghosts and specters have been sensed.

“If you own a hotel in the United Kingdom and you don’t have a ghost, you’d be wise to invent one,” she smiles.

The Grove, a swank resort in Hertfordshire, just outside London, England, was created inside the walls of the country estate and manor that served as home to the Earls of Clarendon from 1776 until the 1920’s. As lively, posh and contemporary as the place had become, I was filled with a sense of dread each evening when it was time to go up through the dark corridors to my room. After some investigation, during which most of the staff refused comment, I learned that some hotel guests had given accounts of the water faucets over their sinks mysteriously turning on in the middle of the night. Why water? Coincidentally, or not, two small children had allegedly drowned in the river on the grounds of the estate at some point in the manor’s history.  Carrick

Having stayed at Turnberry Resort, the Carrick Lodge, and The Grove on a number of occasions, I can assure you that each is perfectly safe place for you and your family to enjoy a fabulous vacation, business conference, or special event. Just don’t be surprised if these spirited hotels are eternally popular!