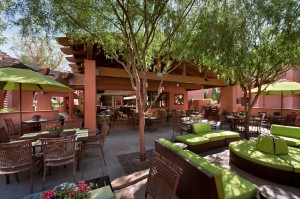 It seems when travelers “get away” they still want to be “connected.” I-Pads, laptop computers, smart phones and other devices are traveling companions logged-in, at most hotels, to complimentary wireless Internet. But how much longer will free access exist?

“As anyone who traveled in the pre-cell phone era knows the in-room telephones were profitable for hotels. Making calls was somewhat expensive,” recalls Tom Waite, director of sales and marketing at Zona Hotel and Suites in Scottsdale, Arizona. “Those phones are so rarely used now that I can foresee the day in the near future when they will be eliminated entirely.”

Doesn’t it make sense, then, that hotels replace that lost telephone revenue with Internet access charges? After all, airports, airlines, and even most coffee shops charge for Internet. Not yet, apparently.

“Polling data shows the number-one complaint from guests is when a hotel does not offer free Internet,” Waite explains. “Some hotels offer complimentary wireless in the lobby areas, but not in the rooms. I am guessing that when a Hilton or Marriott decides to stop offering it free, everyone else will follow suit.”

Waite says initially hotels were bombarded with tech-related questions and calls from guests having trouble connecting their devices. “But now we get virtually no calls at all because these advanced devices automatically seek out the wireless signal on their own. The challenge every hotel now has is the need for more bandwidth since guests even watch movies online now.” Since guests no longer need to order “in-room movies,” another hotel profit center has been eliminated. But Zona welcomes cost-conscious travelers.

“We cater to the type of guests for whom $100 dollars still means something,” said Waite as we sat on the patio of Zona’s Grazie Desert Grille in the shade under a canopy of trees in the middle of the chic, yet comfortable, resort. Swimming pools, cool water misters, and outdoor fireplaces blend in with the wildflowers and southwestern-style low-rise suites. Zona’s very fashionable North Scottsdale location is only a short, complimentary shuttle ride to top-rated golf courses – Grayhawk and Troon North, to name a couple – plus restaurants, and shopping, without the fashionable price and fuss associated with the area. Zona’s got the only four-bedroom, four-bathroom suites with kitchens in Scottsdale, and they can be had for $400 per night and accommodate more than 12 people, including complimentary Internet. Families and buddies staying at Zona feel more like coming home at the end of an adventurous day or night instead of having to “gussy up” just to walk through the lobby. (Spa-seeking guests are offered access to the Fairmont Resort next door.)