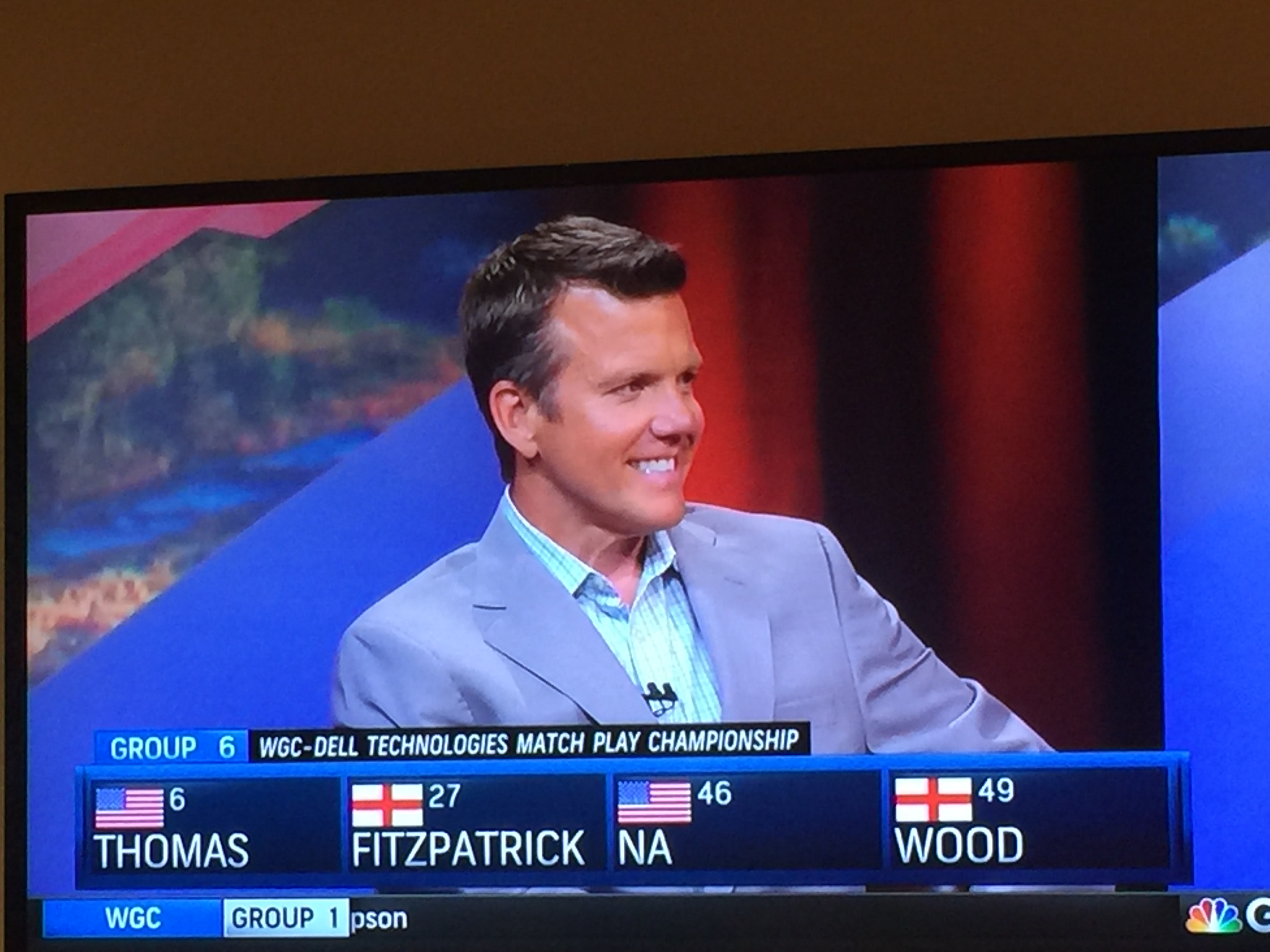 Hosted By This Guy

I was flipping around the dial last week trying to decide between Property Brothers and Chopped and came across this show: The WGC – Dell Technologies Match Play Bracket Special on the Golf Channel. What was that all about? Ah, of course, they were setting the brackets for the WGC Match Play in Austin, TX. In a weird PGA never-never land everyone would be jumping into their version of March Madness. Set your brackets because Melissa in accounting is putting together the office pool and you need to get your picks in and give her your $10. Well, in case you missed the original broadcast, and I know you did, I can give you the recap. I would imagine that picking 64 names out a hat would take about 15 minutes and maybe you could stretch it to a half hour by inserting an obligatory Brandel Chamblee “Tiger is done” rant. So I was fascinated to see that it was scheduled for 90 minutes. This year the NCAA Men’s Basketball Selection show was shortened from two hours to ninety minutes in response to criticism that last year’s show was annoying drawn out. https://www.nytimes.com/2017/03/12/sports/ncaabasketball/ncaa-tournament-bracket-leak-cbs-selection-show.html?_r=0  So how would the golf equivalent fare attempting to fill the same amount of time with much less interest?

They changed the tournament format this year so they start with 16 four person round-robin groups. One player advances to the round of 16 from each group. They seed one player from the top 16 into each group and then use a ping pong machine to fill the groups with 3 more players from the remaining players in the top 64 in the world. And that was it. The suspense, if you want to call it that, was who would fill out each round-robin group.

I’ll give them some credit, the production values were okay. They played up the Austin, TX angle. They brought out Mack Brown and Tom Herman, former and current University of Texas football coaches. They dragged out Colt McCoy to “set the balls in motion” for one group and who seemed almost apologetic that he was playing for the Redskins. They had some indie sounding band play in and out of commercial breaks. 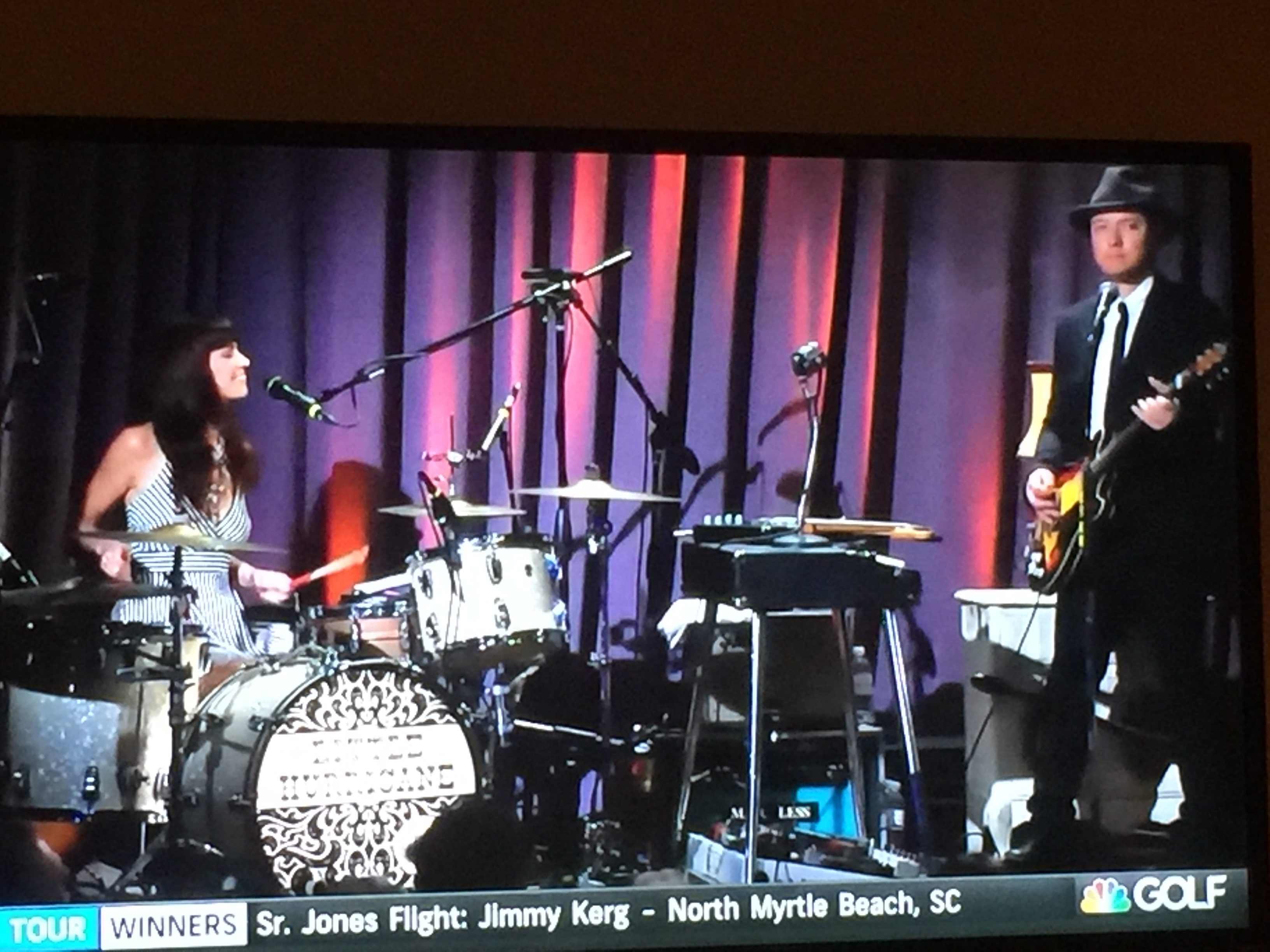 She has a sleeve tatoo. So indie.

The tried to create some fun college rivalry talk between Jordan Spieth (UT) and Justin Thomas (Alabama). Ben Crenshaw and Tom Kite made rather dull appearances. They’re both Texas guys but calling them understated is an understatement.

While all that action was going on in the studio, there was a “player’s party” at the rooftop pool, which seemed poorly attended. They cut there to check in on the “action” and it was just Jon Rahm in his golf outfit and the lovely Cara Robinson, who was trying to make it seem like it was a happening party even though I didn’t see anyone drinking or anyone at all really. Maybe it was a late arriving crowd. 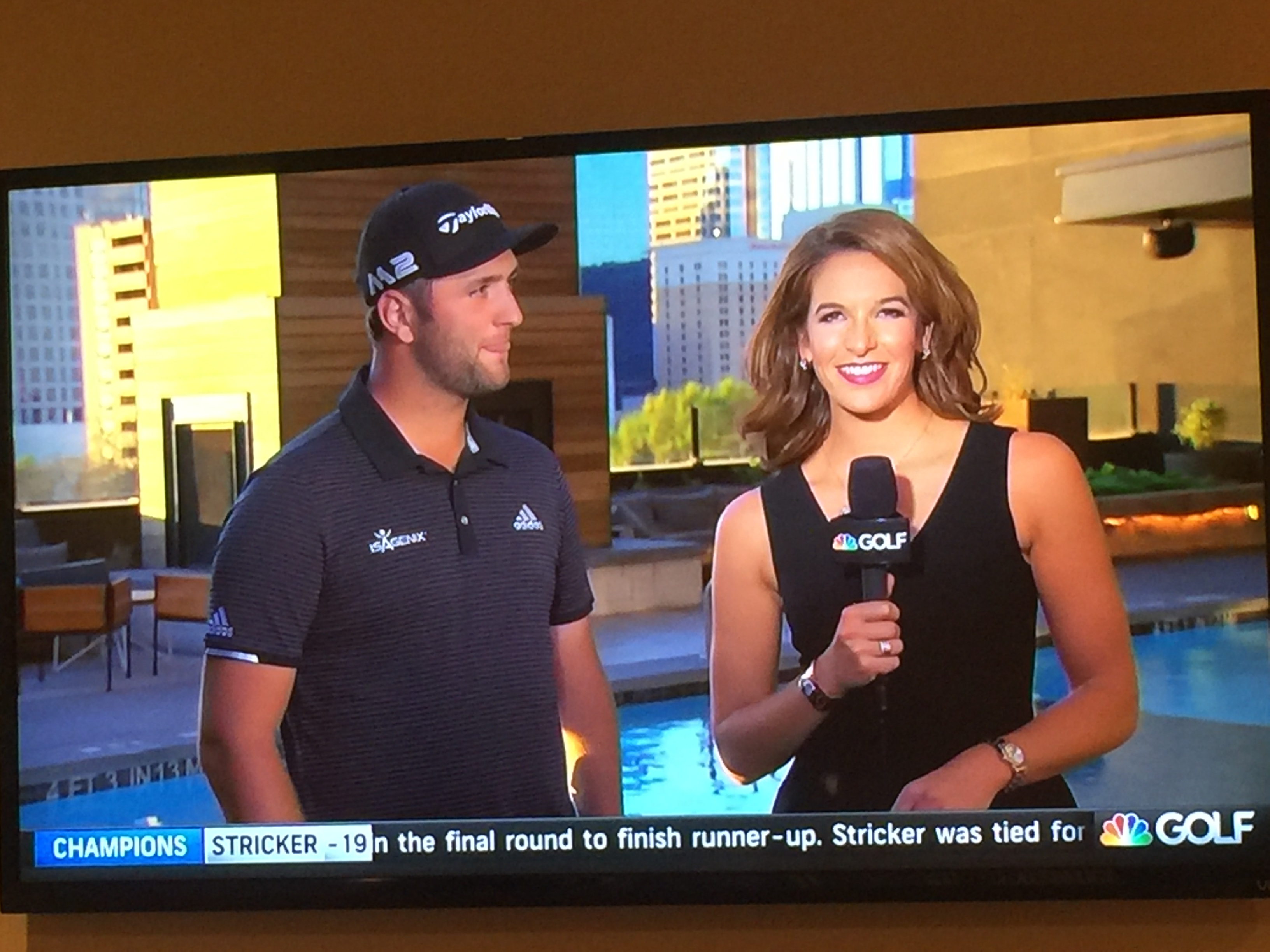 Not much going on besides Jon Rahm and Cara Robinson

And it wasn’t over. They interviewed Paul Casey about his great match play record and he was cagey in his reply; don’t want to give away too many secrets, hahahaha. Someone asked the actor Luke Wilson if it was as fun to work on a comedy movie as it looked. And he said yes! Rory came out, looking like he could actually rock Austin’s 6th Street in a Nike black t-shirt, black jeans and bracelets, and gave thoughtful answers to some okay questions. 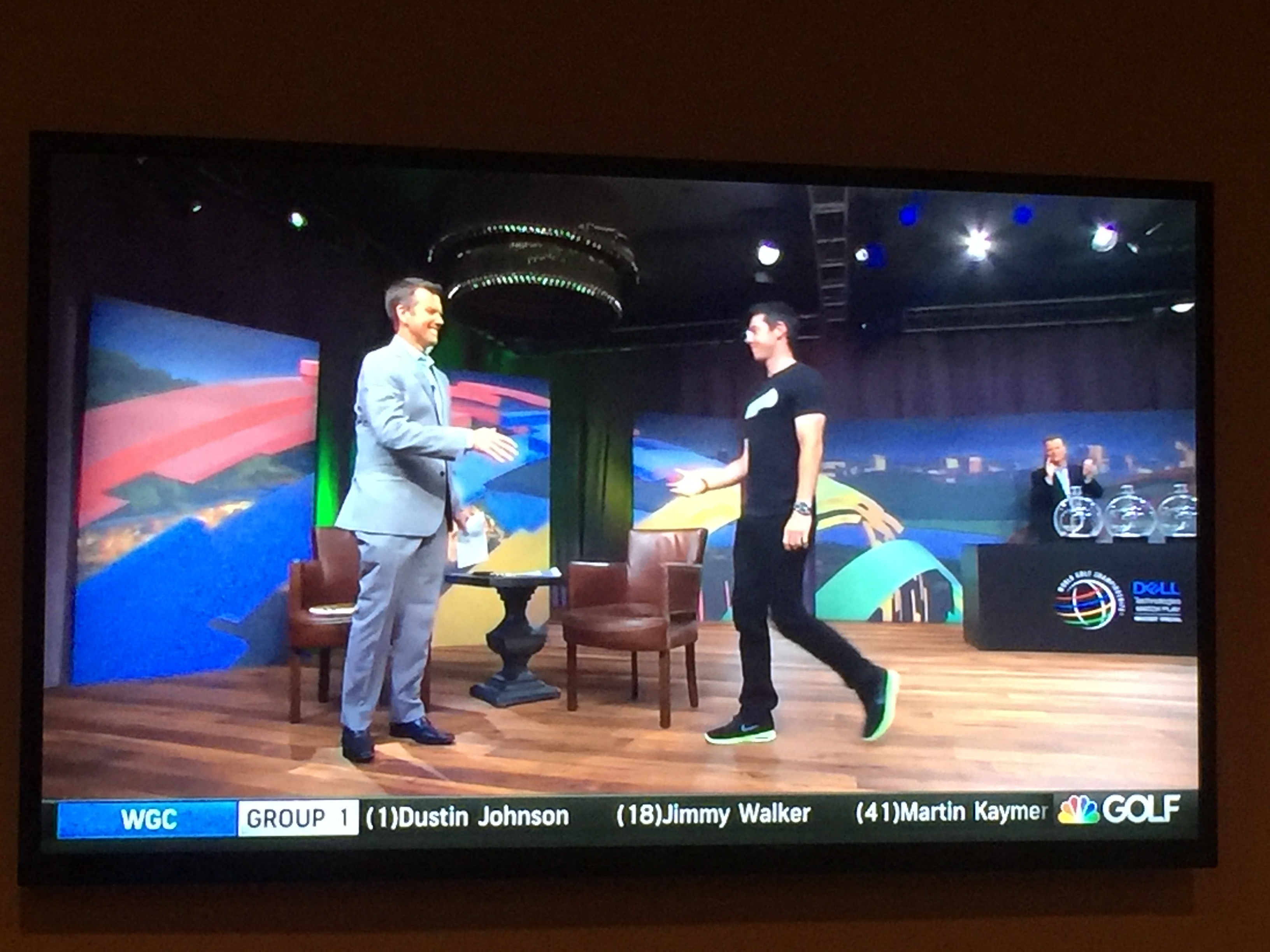 Right when the host threw down a “My man”

They went to the lovely Cara Robinson one more time at the player’s party which was about to really get going. And what about the picks. I noticed that Jon Rahm ended up in Sergio’s group. There would only be one Spaniard emerging from that pool! And that was it, ninety minutes of manufactured suspense and forced levity. Next year maybe the PGA can learn a lesson from the NCAA.