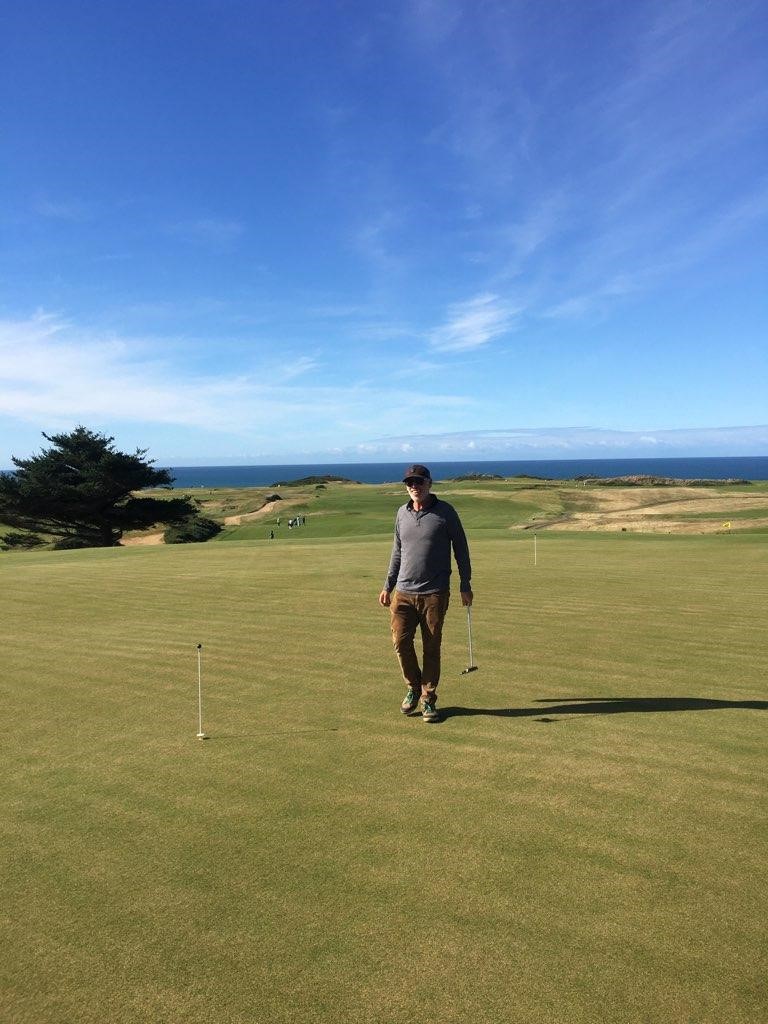 A Day of Days

There’s a look on the face of every person you see at Bandon Dunes. It’s the look of contentment, of bliss, of fascination and also of excitement. It’s the look of every 8 year old at Disneyland.  I was unloading my clubs from the trunk and a stranger walking by, trying to catch my eye, practically shouted, “How’s it going?”

“Great!” I answered trying not to sound weirdly great but with a vague grin that belied my nonchalance. It was almost noon, mid October, mid 60’s, brilliantly sunny with a light breeze and we had a 12:40 tee time at the Sheep Ranch, the fifth course to open at Bandon Dunes. I went into the small clubhouse that smelled faintly of fresh varnish and new clothing and paid my $295 to play. I walked out to the practice green and took it in. I breathed the sea air and felt the sun reflecting off the ocean. It IS gorgeous. You can see almost the whole of the Sheep Ranch course from your perch on the practice green. The other Bandon courses contain isolated hidden treasures with holes that startle and reveal as you round corners, walk through a grove or climb small bluffs. From the clubhouse at Pacific Dunes you can see the first tee box and the green complex of 18 and that’s about it. The drama of that course is not evident until you arrive at various tee boxes. From the restaurant at Trails you can only see the 18th green. The ocean is only a whisper and a faint smell on Bandon Dunes until you hit the green on 4. But the Sheep Ranch is all there below you from the clubhouse: the ocean, the routing and the view. 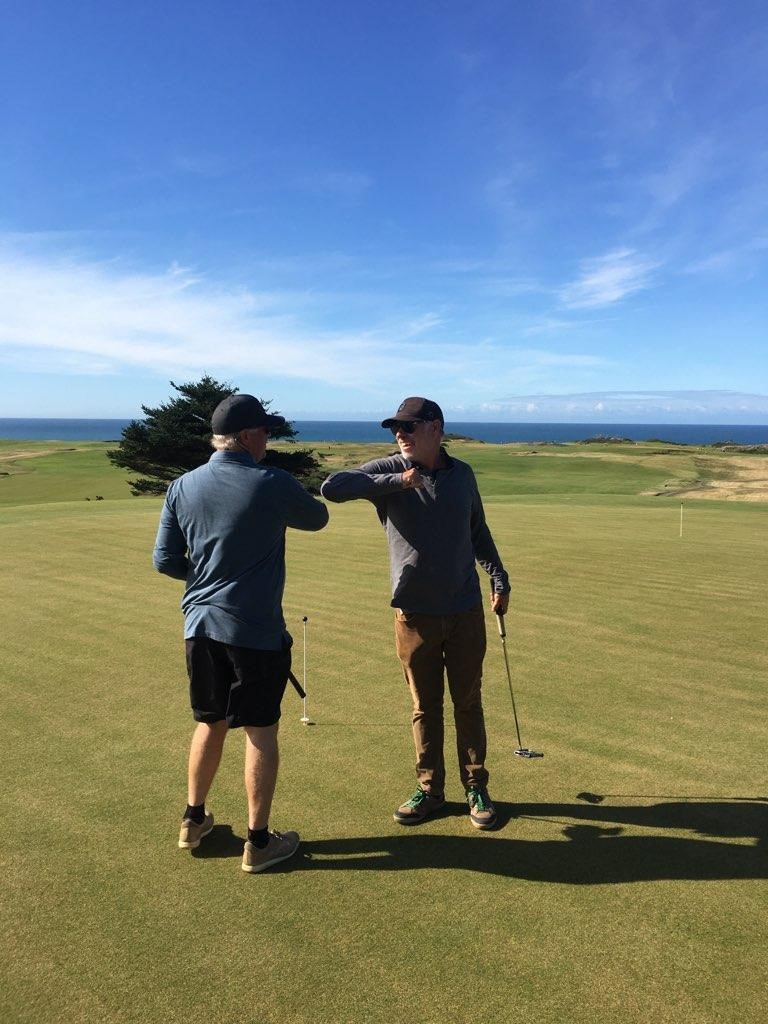 As I putted on the practice green and some other guy gave me an unnaturally cheery greeting, I looked out on the course.  The property is obviously perfect for a Bandon course but it doesn’t necessarily have natural routing; it’s a large open space that slopes towards the ocean. The one element at Bandon that has to be dealt with and designed for is the wind. It’s like the desert in Scottsdale or the forest in Michigan, how you design around it or incorporate it into the course is important. The wind generally blows south in the summer and north in the winter so the routing has to work year round. The Coore-Crenshaw design partly deals with this by using relatively short par 3 holes with deep greens to provide a variety of pin placement options. Downwind you might need a high, delicate shot to the front of the green to get it close, into the wind a low punch shot would be more effective. You have to deal with different wind directions throughout the day and even on the same hole as there a few doglegs. It forces you to plan where you can miss your shot. The stiff wind also effects how much break you play on your putts.

According to the starter, who was so extremely proud of the Sheep Ranch it was as if he shaped this thing with his bare hands, the course opened in July and they already had 22,000 rounds played and it was sold out for a year (although we had called about 3 weeks prior and snagged our tee time). Bottom line, he said, this is the busiest course in the world right now. He gave a useless tip for our tee shots on 1, something along the lines of don’t go too far right or left, and away we went. We were paired with a guy named John from Kalispell, Montana. John was a wonderful chap and I gladly gave up a menthol American Spirit when he asked to bum one. In fact, I kept happily offering more cigs to him whenever I lit up. It’s Bandon, it does that to you, it brings out your most gregarious self. Nothing matters and your cares and stress are as far away as you are from your home. I thought I played better than my score…I hit a couple balls over the cliff, I hit a few balls on the front of the greens that rolled off the back and I lost a ball that I thought I hit in the middle of the fairway. My buddy Roger played better than I’ve ever seen him play even though this was his first full round after knee surgery. My buddy Mark shot a 77 even though he hit some horrific drives. It’s Bandon, it’s golf and nothing else matters and even the golf doesn’t matter.