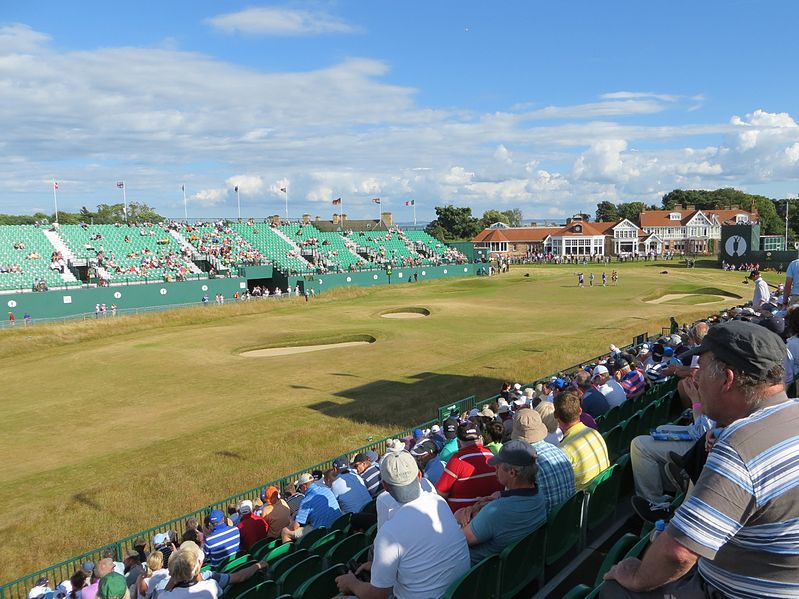 This Won’t Be Happening Again

Muirfield was stripped of its right to host the British Open after the Scottish club voted against admitting female members in a move that provoked sharp criticism from players and lawmakers Thursday.

The Honourable Company of Edinburgh Golfers, which owns Muirfield, announced its decision to retain the club’s male-only policy following a ballot of its members. A two-thirds majority was required for change. Out of 616 members who voted, 36 percent were against allowing women.

According to The Scotsman, “The Muirfield members behind a “no” campaign in the vote on allowing women to join have cited slow-play worries and fears about making ladies “feel uncomfortable” among their reasons for trying to derail the East Lothian club’s bid to join the modern world.”

We talked to one of the members who voted against allowing women in the club. He agreed to speak with us on the condition that we not reveal his name. We asked specifically if he felt there were any other activities where women were slow.

“Well, I would say, that women are not very quick at getting ready to go out for the evening. They have to choose their outfits. They must put on their makeup. And the time it takes for them to pick the right shoes. Good lord, you’d think they were competing in a beauty pageant. It’s only dinner.”

“Let’s see what else…they don’t vote very quickly. Don’t they read the preview ballot? They are in the voting booth for an eternity deciding on ‘issues’ and ‘candidates’. And then they probably vote Labor.”

“They also take forever to get promoted. I’ve seen men with the same aptitude and experience and they get promoted much more quickly than their female counterparts.”

“Now I will say that they are very good at laundry and cooking. Although I do need to qualify that statement as I’m not really sure how long a woman would take to do the laundry in comparison to a man. I just can’t recall ever having seen a man do laundry.”

“They also seem to take quite a while to have a child. Nine months? A man would have that thing out and about in 3…4 months tops!”