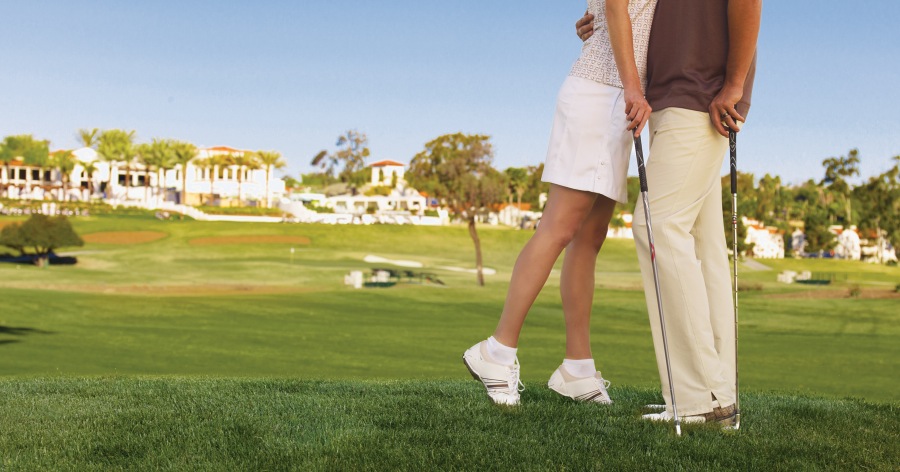 These days almost every resort in the world has some sort of spa facility. But La Costa Resort and Spa in Carlsbad, California, holds the distinction of being the first ever resort spa in the U.S.

Established in 1965, the resort became a hangout for Hollywood entertainers and sports celebrities who came for the golf and pampering. Had I visited La Costa back in the 60s I might have rubbed shoulders or teed off with the likes of Frank Sinatra, Bob Hope, Dean Martin, Clint Eastwood, Mickey Mantle or Yogi Berra.

Although La Costa has retained its Spanish mission style of architecture, myriad fountains and splendid garden plantings, management completed a $50 million dollar renovation in 2012. A good part of the reno budget went towards polishing and updating the classic Dick Wilson-designed Champions Course (formerly the North Course). Highlights include bent grass greens, Bermuda fairways, and new forward Express Tees to encourage high handicappers. It was the arrival of the PGA Tour’s Tour of Champions on 1969 that put La Costa on the world golf map. Indeed the Champion’s list of champs includes Tiger Woods, Phil Mickelson, Lorena Ochoa and Karrie Webb.

The resort’s other South Course has also had a “fairway lift,” including four renovated holes. The traditional-style tract with postage stamp greens, mature trees and plenty of pesky water crossings is certainly a challenge, albeit a very pleasant way to lose golf balls.

La Costa is Southern California’s only Gold Medal Golf Resort according to Golf Magazine (2012). For outstanding friendly service I’d give it a platinum award. 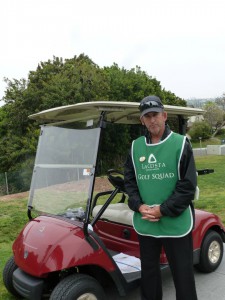 Jack of the helpful Golf Squad

“You must be Anita Draycott,” said a fellow wearing a green apron as I approached the third green. I assumed he was a marshal and immediately I wondered what golf sin I had committed. Was I playing too slow? Did I drive my cart into an environmentally sensitive area? My past golf encounters with marshals have generally not been positive. However, here a La Costa Resort and Spa the resident rangers roles have been reinvented. Fellows like Jack are now known as part of the Golf Squad and they are here to help you. They’ll search for shanked balls, repair divots, rake bunkers, pull out their range finders to give you the yardage. They’ll even help you read your putt. Jack, a retired marine, will also tell you where to find the best Italian restaurant or give you driving directions to the nearest Target store. What a concept!

This proactive approach makes for a win/win situation: the golfer appreciates the positive tips and assistance and the pace of play is faster.

Jack assisted me on several holes. He fished my ball out of the river and he even offered me a lollipop. Tell that to the marshals back home!

After my round, I headed to The Spa where there’s no lack of intriguing treatments. The Bamboo Massage, for example, starts with a sugar scrub exfoliation followed by a full body massage during which the therapist uses heated bamboo sticks and oil infused with safflower, sesame, avocado and jojoba. The heat and shape of the bamboo allows for deeper tissue work, fascia stretching and acupressure. The therapist also gives you a bit of a drumming to improve circulation.

Although La Costa was named in the Top Ten Family Vacation Spots by the Travel Channel in 2012, there are plenty of sophisticated indulgences. At the new Adult Edge Pool you can enjoy a fresh berry muddled mojito, poolside pedicure or tuck into a shady private cabana and switch on a flat screen television. As the sun sets, guests gather around the fire pits for gourmet nibbles and innovative cocktails.

Dinner at La Costa’s Blue Fire Grill, where chef Greg Frey Jr. showcases the resort’s own garden produce and herbs as well as the best from local organic famers and fishers, is the way to end an idyllic day. Try his lusty cioppino, an heirloom tomato broth brimming with crab, scallops, mussels and house-made Andouille sausage. You might spot Robert DiNero or Oprah.

It’s good to know that the folks who came up with the idea of creating the first resort spa in America are constantly re-inventing and improving their brilliant concept. At La Costa hedonism is alive and well. 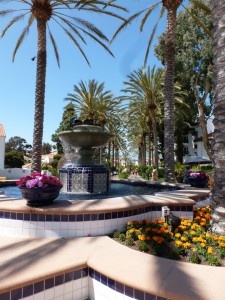