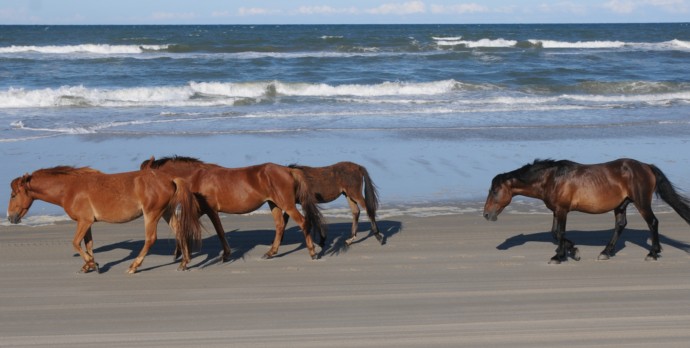 When Rees Jones designed the Currituck Club in 1996, he knew one thing: wind would always be a factor. The golf course is laid out on a four-mile ribbon of land toward the northern end of North Carolina’s Outer Banks, near the village of Corolla. The Atlantic Ocean is a quarter mile to the east, and Currituck Sound borders the course on the west. The wind blows from different directions at different times of the year, but it always blows.

The environment dictated a layout that gives a player room to hit the ball and keep it on the golf course, even when the wind is pushing it sideways. Fortunately, Jones got enough space to work with. The Currituck Club, playing at 6,885 yards from the tips, has an estimable 73.8 rating and a slope of 136. But it’s manageable for the average player, providing he chooses the appropriate set of tees. 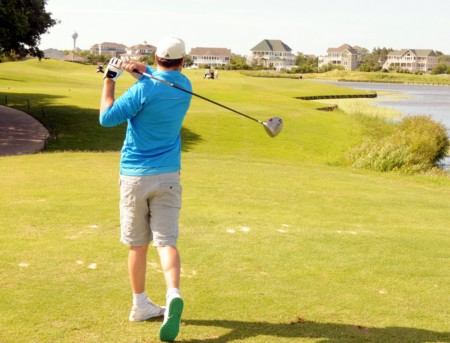 The first hole sets the tone. It’s a short par five, the sort of hole every resort course should begin with. The fairway is generous, maybe 50 yards wide. All the bunkers are visible. For the average player, it’s a hole that can be parred even if one of the first two shots is a worm-burner. The good player needs a birdie to keep pace with other good players.

The test gets sterner as the player steps onto the fourth tee. It’s a medium-length par four, running down to the club’s property line, with a big pond bordering the fairway all the way down the right side. Then the routing makes a hairpin turn and the fifth hole comes back toward the clubhouse, with the same big pond again hugging the right edge of the fairway. If the wind is up, this is not a happy place for slicers. The challenge continues on the 6th hole, a medium-iron par three entirely over water.

The seventh tee begins a two-hole stretch along Currituck Sound. It’s a pretty spot, especially when the sun is going down over the mainland and the water to the west. In fact, it’s so pretty that people want to get married there, and the club has created a small site for outdoor weddings between the tee and the sound. When I played, a big wooden cross stood on the wedding site, presumably as a marker for Christian weddings rather than the place where a an agonized golfer leapt to his death in the sound after expending all his golf balls on Nos. 4, 5 and 6. 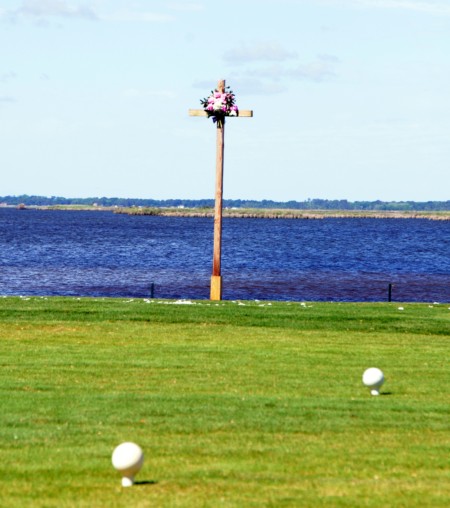 By the tee at No. 7, you can stop to get married

The natural terrain on the Outer Banks includes some enormous sand hills. (Not coincidentally, the Wright Brothers picked Kitty Hawk, about 15 miles to the south, to experiment with their kite-with-an-engine in 1903. They used the dunes to get a flying start.)  The second nine at the Currituck Club is laid out in part over some of these hills.  The fairway at the dogleg-right 12th runs uphill to a green nestled in a ridge of dunes. The tee on the par-five 13th is elevated well above the fairway. Then the short par-four 14th runs back up the same ridge. It’s a potentially drivable hole with only bunkers and rough penalizing a player who tries for the green and doesn’t quite make it.

Before you play, the starter will probably tell you to take an extra club on the 15th hole. It’s a short par three that plays along the sound; but at this point, the sound is a marsh. No. 15 looks very innocuous, but if your pitch is short, you’ll spend time looking for your ball where Pharoah’s daughter found the infant Moses–in the bullrushes.

I’ve heard the last three holes at the Currituck Club knocked as mediocre–flat, medium-length holes that return to the clubhouse along Currituck Sound primarily to give the player some views of the marsh and the blue water beyond. But they can be more than challenging enough, especially if the wind is blowing from the ocean and pushing tee shots toward the marsh. I birdied the 16th and started thinking about the nice low score I was making, then immediately tripled the 17th and doubled the 18th.

The frustration I felt was alleviated by the overall pleasure of my round. The Currituck Club is well-conditioned. The fairway lies were plush and the bunkers were well-groomed and playable. The greens were not particularly fast, but they were smooth and rolled true. Currituck is by most measures the best of the four courses on the barrier islands where most visitors to the Outer Banks spend their vacations. (The others being Duck Woods Country Club, Seascape and Nags Head Golf Links.) 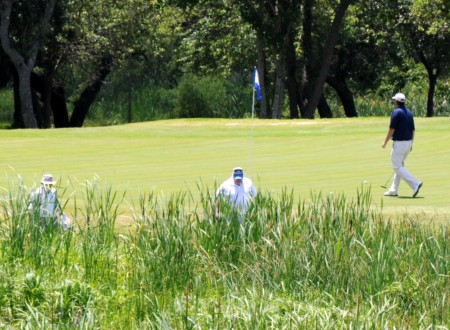 Some players forget to take an extra club at No. 15

With a rack rate of $170 for a round in the peak summer season, it’s by no means the least expensive golf option on the Outer Banks. But the club offers an enticing discount for vacationing families. On Fridays, Saturdays and Sundays (the course’s busiest times are mid-week, because rental houses change hands on the weekend) a child accompanied by an adult plays for free.

Of course, if the kids don’t want to golf, there are other options, even when a storm at sea causes the lifeguards on the beach to put up red flags and ban swimming. A few miles from the gates of the Currituck Club, there’s a lighthouse to climb. Then the paved section of North Carolina Highway 12 ends. Outfitters with four-wheel drive vehicles will take the kids for a ride along the beach and back into the dunes, where they’ll encounter wild horses grazing. Everyone will be happy.