The news this morning that Ken Venturi had died saddened me. He was a kind man with some great stories to tell.

I interviewed Venturi back in 1997, when a now-defunct magazine called The Majors of Golf asked me to write a preview issue for that year’s U.S. Open. It was being held at Congressional Country Club, where Venturi won the Open in 1964. It was not a particularly brilliant idea to talk to Venturi for a look back at his Open. But the stories Venturi told made a humdrum idea into a good narrative.

I wrote, of course, about how he pulled himself up from golfing oblivion in the early 1960s and slogged through 36 holes on a hellish Saturday to win that Open. But what sticks in my mind is a little sidelight story he told.

As he staged his 1964 comeback, Venturi recalled, he managed to get into the field for a tournament in Westchester County, New York a few weeks before the Open. During that tournament, Venturi went down to Manhattan to eat at Toots Shor’s, then a renowned hangout for athletes and celebrities. In better days, Venturi had been a regular. When the bill came, it was blank. “It’s on the house, Kenny,” Shor said.

“Don’t worry about it,” Shor told him. “When you start winning again, you can come back.” 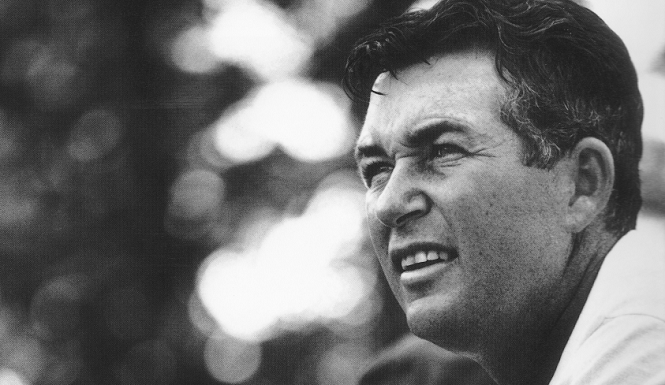 Venturi was touched by Shor’s generosity and close enough to bankruptcy to accept it. He didn’t win at Westchester, but he did scrape through the sectional qualifying for the Open, When he got to Washington, he learned that President Lyndon Johnson had invited the prominent touring pros of the day to a reception at the White House. Venturi’s name was not on the guest list. He swallowed that slight. After the Open, he got a call from the White House. The president, he was told, wanted him to come to dinner that Sunday evening.

He took the train up to New York and walked into Shor’s place. “Everyone in the place stood up and applauded,” Venturi told me. His eyes glistened at the memory. Mine did from hearing it.

I did that interview at Venturi’s home on Marco Island, Florida. As I put away my tape recorder, I knew he had another appointment coming up in a short time. He asked me when my flight would leave from Fort Meyers. I told him I had a couple of hours to kill. Venturi picked up the phone and called his club. He arranged for me to go to the club and use the practice facilities so my time would not be wasted. I appreciated that kindness.

A few months later, Venturi played a part in one of the high points of my admittedly undistinguished golfing career. I was a guest one day in late May at Burning Tree, the very private men’s golf club outside Washington. As it happened, Venturi was in Washington that week to work the CBS broadcast of the old Kemper Open. When my group got to the first tee at Burning Tree, we learned from the starter that Venturi had just teed off with his broadcast partner, Jim Nantz.

For some reason, I played that day as well as I possibly could. I even chipped in on the 18th hole for a birdie that closed out all the bets in our Nassau. When I got into the locker room, there was Venturi. I walked up, shook his hand, and thanked him again for arranging that practice session in Florida. He was gracious; He even pretended to remember my name. My host and my friends were impressed.

“So how’d you play today?” Venturi asked me.

I had the presence of mind to affect nonchalance. “Oh, 76,” I said, carefully omitting the fact that it was one of the best rounds of my life.

Venturi gave me a little nod of approval. To this day, it’s the best prize I’ve ever won in golf.