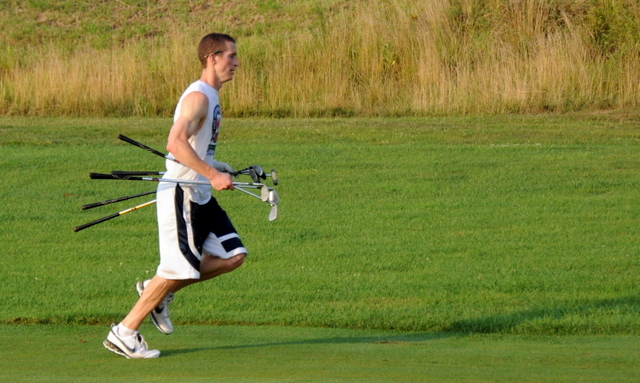 It’s 6 a.m. in late July and the sun is just peeking over the treetops on the eastern edge of Blue Mash Golf Course in Laytonsville, MD. It’s already 85 degrees, heading for 103. The morning newscasters are advising sensible people to stay indoors. But, as Blue Mash’s sales and marketing director, Emily Widner, can tell you, a daily fee golf course can’t get by these days just catering to sensible people. It’s got to do more.

Blue Mash does. This humid morning happens to be the designated day for the first annual Blue Dash at Blue Mash, a speed golf competition. A dozen hardy souls have registered to run around Blue Mash’s 18 holes. The winner will be the person with the lowest combination of strokes and elapsed minutes on the course. If anyone gives a thought to scratching because of the predicted heat, he keeps those doubts to himself. 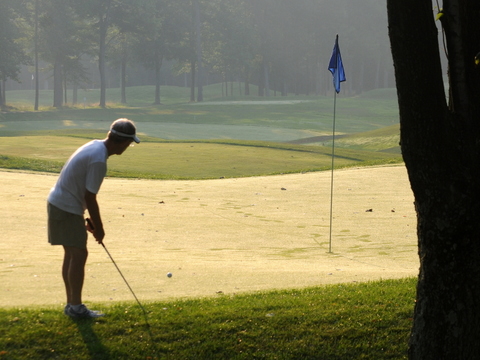 The contestants, all of whom have paid the $59 green fee plus a $10 entry fee, wear running shorts and running shoes. One of them, Mark Walton, sports a singlet from the 1999 Ohio high school cross-country championships. Some carry a handful of clubs. Others carry their clubs in a light golf bag, figuring that the grips will get wet if they lay the clubs down in the post-dawn dew. They go off as onesomes at five-minute intervals, hitting from the white tees, swatting a drive and then chasing it down the fairway at a brisk trot.

“I’m here because I like to play fast,” says Jeff Gitlin, 54, a software developer from Damascus, MD. He’s got a “twelvish” handicap and he runs four days a week. “It kills me when you go out to a course and it takes six hours to play.” Today’s round, he guesses, will take about 90 minutes, and maybe he’ll get in before the heat index cracks 100.

Blue Mash is a good course for this type of event. It’s essentially flat, built on a plot of land that once belonged to freed slaves who called it “Blue Marsh” but left the “r” out of it. Arthur Hills designed the course, which opened in 2001, and though he sculpted a lot of plateaus, furrows and knobs around the greens, it’s not a hilly track. It’s got some interesting holes, like the drivable par-four 8th, which plays anywhere from 207 to 310 yards, and the long 18th, which is shielded by an artificial berm from the traffic going by on State Rte.108. It’s well-maintained.

Blue Mash would have been a godsend to Washington-area daily fee golfers if it had opened ten years earlier.  But in the mid-1990s, first-class public courses began popping up all over the Washington exurbs. Blue Mash came in toward the end of that boom, and it has always had lots of competition. A few years after it opened, the recession came along and made things worse. 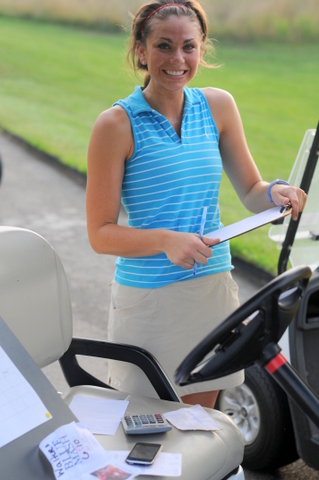 Promotions really picked up a year ago when Hills tapped Widner, who had been working in the food service department, to be head of sales and marketing. Last winter, Blue Mash offered two specials. From December through February, the green fee was set at either $45 or the temperature at tee time, whichever was lower.  At the Iceman Open in January, players got extra points for each layer of clothing they shed.

Last Hallowe’en, the course offered its first night golf event, using glow-in-the-dark balls. The idea proved popular, and next month’s will be the fifth. Now there’s speed golf, and soon, Widner thinks, Blue Mash will host a cross-country golf event in which players might start off on the first tee play to, say, the seventh green.

She may, however, wait for cooler weather to schedule the next speed golf event. As players in the first one finished the course, they were sweating heavily; some reported feeling dizzy. Mark Walters jogged briskly up the 18th fairway and hit a beautiful pitch to the green. When someone congratulated him, he said that the shot surprised him because he hadn’t been able to feel his arms when he hit it. Nevertheless, he putted out for an 86. Coupled with his running time of 70 minutes, 23 seconds, it have him a total score of 156.23 and the victory.

But the real winner was Blue Mash. Its special events “separate us from the other courses and bring in new customers,” Widner said. “Our rounds are up. June was one of the best months we’ve had in the last four years.” 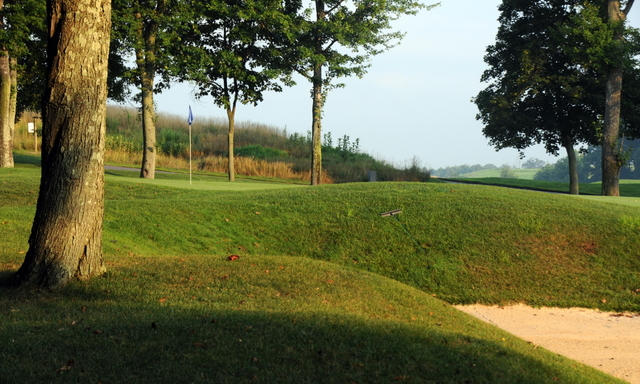