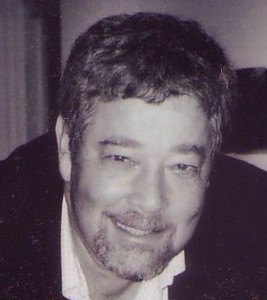 Ordinarily, I don’t discuss politics. I love to argue about politics, but I also have many friends from Downstate and in the sports world—and I’ve learned not to go there. Because the chances of me changing their mind about Obama vs. Bush are about as good as their chances of changing my mind.
It’s not gonna happen.
But this whole Rahm Emanuel on-the-ballot question is so outrageous, I’m going to break my rule.
If you don’t want the guy to be mayor, fine. Work and vote for another candidate. But to bar him from the ballot on a dubious technicality is like using a Jim Crow law.
Isn’t this another great moment in Chicago politics? When minorities who were disenfranchised by devious tactics now embrace those same devious tactics?
Shame on the other candidates for not stepping up and saying, “This is baloney.  Rahm Emanuel is clearly qualified. Let’s decide this election on the merits, not ban a legitimate candidate on a politically motivated technicality.’’
Anybody who’s going to suggest that Emanuel is not eligible because he rented out his house, or because he didn’t sublet a studio for a few hundred dollars a month, is being disingenuous, as they say on the news channels. Although my old friend Mike Royko would have put it more bluntly—something similar to being constipated.
Emanuel grew up here. He was a congressman here for eight years before he became President Obama’s chief of staff. Never anywhere is there any intent by the man not to live in Chicago, except when he lived in Washington serving the President.
If you want to say, “The law is the law,’’ well, here is the law, courtesy of my Chicago Sun-Times colleague, Mark Brown, who cited Chapter 5 of the Election Code: “A permanent abode is necessary to constitute a residence within the meaning of Section 3-1. No elector or spouse shall be deemed to have lost his or her residence in any precinct or election district in this State by reason of his or her absence on business of the United States, or of this State.’’
Emanuel owns a house here. Sounds pretty permanent to me. He rented it out because he was going to be absent on federal business, serving the President.
So he rented out his house. It makes sense to have someone in your house if you’re going to be gone. Ask an insurance agent. Ask a fireman or a cop. You don’t let a house sit empty.
You can go round and round about whether that means he’s no longer a resident. But everyone knows that’s a crock of beans—including the people who are arguing that.
If a soldier gives up his apartment to go fight in Afghanistan for two years and wants to run for office when he returns, are you going to tell him he doesn’t meet the residency requirements?
So why would you tell the President’s chief of staff he doesn’t meet the residency requirements?
Maybe because you don’t want every voice to be heard. Just admit it. You like exclusionary rules. You just don’t remember when they applied to you.

4 Responses to “Rahm Emanuel: All you need to know. Part One.”