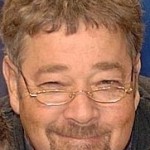 Golf is risk-reward. Not just in going for it over the water from 200 yards. But simply in going to the first tee. It’s a variation on the theme that “All of life is 6-5 against.”
I am reminded of this as we sportswriters who cover Illinois football prepare for the Illini’s trip to the Texas Bowl in Houston.
One of the guys has arranged a tee time at Tour 18, a Houston-area replica course that features Augusta’s Amen Corner,  the Island Green at Sawgrass and other testing delights.
Not exactly the stuff you would expect to enjoy when you haven’t swung a club for two months. Especially when it’s going to be an early-morning round before a long day of interviewing and writing about college football players.
On the other hand, what are we going to remember five years from now? Another round of interviewing muscular young men and writing about their plans for glory? Or another round of brutal golf? For scribes, this is the whole point of the bowl trip.
I am weighing the risk-reward question especially heavily because of the last round I played before winter descended upon Chicago. We were at Chicago Highlands, a fabulous new private-club links course in the near western suburbs. It’s a great links track that suits my low-ball game, and we caught it on the last good day, a rare November day when the thermometer hit 70. And all I have are nightmares of that round. We played the wrong tees (for me). In addition, I, the best putter any of my friends know, couldn’t make a putt. By the sixth hole, my teeth were grinding and my swing-speed was off the charts. All in all, a nightmare horrible day. The kind of day that makes you want to quit the game—or take lessons.
And so, the next time I approach the first tee, I will do so with great trepidation. Add in a two-month layoff, and absolutely no time to even go to the Golf Dome, and the risk-reward of playing a rushed round on a perilous course is causing angst.
My response? Bring it on! I have a gift box of Top-Flites that I have been saving for just such an occasion.