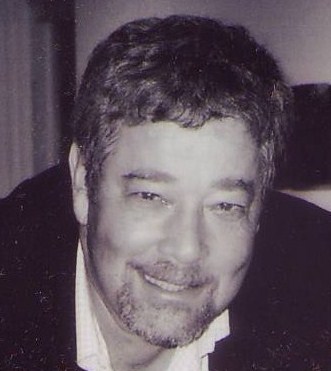 There was a time when I would have applauded the recent news that the USGA will take a look at whether to continue allowing golfers to anchor putters against their bodies.

When long putters first started gaining popularity 20 or more years ago, I thought they violated the spirit of the game. If Sam Snead wasn’t allowed to putt croquet-style in the ’60s, how could golfers be allowed to use long putters, which were a much greater departure?

At the time, I thought long putters slipped in while the keepers of the game were embroiled in their initial grooves squabble with the Ping irons makers.

That was a revolutionary time in golf equipment. Not only were perimeter-weighted fancy-grooved irons sweeping amateur golfers off their feet. Callaway’s Big Bertha began the era of over-sized drivers, triggering a virtual equipment arms race that continues today.

If irons and woods were going through shocking makeovers, it only made sense for it to happen with putters.

The difference to me, though, was that perimeter-weighted irons and Fred Flintstone drivers made it easier to swing. Long putters changed the way golfers swung. And that crossed a line.

Of course, that was easy for me to say. While gobbling up the new irons and woods—TaylorMade’s Bubble Shaft changed my life—I have always been supremely confident in my putting.

I change irons and drivers all the time, but still putt with a simple Bull’s Eye putter that’s identical to the one I bought as a young caddie nearly 50 years ago. Honestly, I’d still be using the exact same putter, except that my bag was stolen several years ago. Luckily, a sharp-eyed friend found another Bull’s Eye Old Standard at a rummage sale, and bought it for me for $5. The weight and precision of my old Bull’s Eye remains such a joy, I’m stunned new models are not readily available today.

In a sense, I have no dog in the long-putter hunt.

It’s one of golf’s equalizers, I’ve always felt—especially when I’ve found myself in a match where I was giving strokes to somebody who hit the ball 50 yards past me.

I always took pride in the fact that no one had won a major with a long putter. Then Keegan Bradley came along and changed that at the PGA in Atlanta last August. I happened to be covering that tournament. While initially disappointed that the long putter had ended its major drought, I quickly got over it. Because Bradley is a fine young man who plays wonderful golf. And because it was bound to happen sooner or later. It was time to get over it.

Now comes the USGA, and its British counterpart, the Royal & Ancient, saying it will examine whether it should be permissible to anchor a club against the body.

In general terms, I tend to agree: Long putters violate the spirit of the original rules of the game.

Saying he’s “not a fan’’ of anchored putters, Tiger Woods explained: “I believe it’s the art of controlling the body and club and swinging the pendulum motion. I believe that’s how it should be played. I’m a traditionalist when it comes to that.”

From a practical standpoint, though, it’s going to be difficult to tell golfers—pros and amateurs alike—who have been playing that way for years that what they’re doing is no longer allowed.

“It’s been legal for however many decades,’’ said Phil Mickelson, who briefly experimented with a belly putter last year. “To change that I think is really unfair to those that have been using it.’’

As much as I’d like to see everybody putt the way golfers putted for the first few centuries the game was played, I believe the purist stance is going to be difficult to enforce in this case.

It’s difficult to take away something that’s been allowed for a generation or more.

That’s especially true in a sport that has an ongoing fascination with dramatic equipment changes.