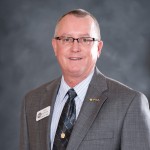 Golf in the United States is declining. That’s obvious from looking at the participation numbers provided by the National Golf Foundation, showing 26.1 million golfers in 2011 as compared to 28.8 back in 2000.

Led by the PGA of America, the golf industry has started Golf 2.0 in an effort to reverse this trend. The PGA enticed Darrell Crall, executive director of the Northern Texas PGA for 16 years, to head this effort as Senior Director of Golf 2.0 and earmarked $5 million for the program. A good choice!

Long-time PGA member Rich Richeson, who had a background in player development programs most recently with the Carolinas Trail Learning Center in Charlotte, NC, was approached first about being one of the nine regional directors based in Dallas, but then instead became the national manager for player development. His responsibilities are to support nine regional managers in key locations with high latent demand, including Chuck Higgins in Dallas, and to assist multi-course facilities with the effort.

Richeson said, “Golf 2.0 is an industry-wide initiative to grow the game from 26 million golfers to 40 million in the next 10 years. It’s not just a vision of the PGA. We are taking the lead, but other golf groups are jumping on the band wagon because all of them see that we need to grow the game.”

While some in the industry think the goal is not reachable, Richeson said: “Sure, it’s an aggressive goal, but I think it can be achieved. There were 4.5 million who left the game last year and 3.5 million who took it up. If we flip flop the numbers, it can be done, but we have to really turn things around, too.”

Richeson indicated the PGA had three strategies to accomplish the goal. “First, we need to retain and strengthen the core players, our most valuable asset.,” he said. “Then we need to engage the lapsed golfers, who have played the game, but don’t anymore. Finally, and maybe more importantly, we have to drive new players to the game. “

Pointing to such barriers as people thinking the game is too hard, it takes too much time and it can be intimidating to start out, Richeson indicated golf professionals and facilities have to think outside the box and come up with playing opportunities that are shorter and more player friendly. “There’s nothing wrong with allowing golfers to play 9 holes or even shorter loops in non peak times,” Richeson added.

Tee It Forward is one of the programs that Richeson and the PGA thinks can make the game more fun, allowing players to move up and play shorter tees based on their driving distances off the tee. “Golf needs to follow the example of bowling which makes the game fun even for beginners with rails to keep the balls out of the gutters,” he added.

Richeson believes that getting “boots on the ground” with his staff located in key areas will help facilities with growth of the game efforts. “We have a Player Development Playbook that details the steps to take: communication, analysis, planning, marketing, execution and tracking.,” Richeson said. “There are templates that professionals and courses can easily use.”

Richeson thinks golfers already playing the game can be a big help to Golf 2.0, pointing to the example in the “Pay it Forward” movie. “ I would like to challenge everyone who has a passion for the game to introduce just ONE new golfer to the game… that singular effort would have a huge impact on the growth of this great game! Be welcoming and patient as you encounter new players out on the golf course. We need to be ambassadors to the game and keep it viable by making these new golfers comfortable during their time on the golf course.”

So reach out and ‘pay it forward.’