The United States Golf Association and the R&A, the governing bodies of golf, have issued a new decision that will reduce the role of armchair rules officials sitting at home watching television. Effective Jan. 1, 2014, a resting ball will not be deemed to have moved if that movement was not reasonably discernible to the naked eye at the time. Enhanced video technology that can show possible movement will no longer be a deciding factor to decide if a penalty might apply as it was with Tiger Woods at the 2013 BMW Championship. Woods felt the ball had not moved, but video evidence later showed it had. 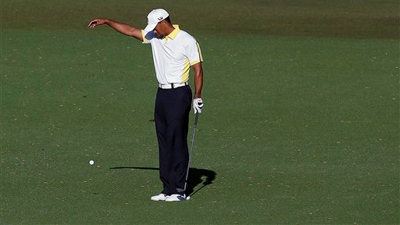 Interestingly, the new decision wasn’t written because of the Woods incident. The change had been studied for three years and, according to the USGA, had already been “put to bed” before it happened. “When the Tiger thing happened, everyone involved on both sides of the pond said, ‘Oh man, talk about bad timing,’” said Mike Davis of the USGA. “We were beginning to see players penalized in situations where the player didn’t even know the ball moved.”

New decision 18-4 now says that if a situation arises where sophisticated technology evidence shows movement that was not possible with the naked eye that the ball is deemed to not have actually moved, defined as when a ball leaves its position and comes to rest in any other place. However, if the committee determines that such movement could be reasonably discernible by the naked eye, the ball is deemed to have moved. When a player did not replace the ball, he would incur a two-stroke penalty for playing from a wrong place. These same principles also apply in a situation where the player didn’t make a determination whether or not his ball at rest moved because he had walked away from his ball after addressing it, was not looking at his ball or otherwise did not observe any motion of the ball or have any reason to believe that his ball might have moved. The USGA does recommend for a player to obtain information from nearby witnesses to the incident and to seek guidance from a referee if immediately available.

Looking back, the rules makers had issued a new decision three years ago that authorized committees to waive the disqualification penalty for signing for a wrong score where a player might not have been aware of a breach of the rules until it was revealed later through video evidence.

Looking ahead, the rules committees will be discussing other issues concerning the possible effect of video technology on the application of the rules, such as the necessary degree of precision in marking, lifting and replacing a ball, the estimation of a reference point for taking relief and the appropriate penalty for returning an incorrect scorecard where the player was unaware that a penalty had been incurred.

The rules maker still feel a committee should consider all evidence that may be relevant in determining the facts on how the rules must be applied. This means that to reach a correct ruling, all evidence from all witnesses–including spectators, armchair rules experts watching tv–should be considered to determine whether a rules violation has occurred. The decisions already allow a committee to make or revise a ruling at a later time if further information becomes available before the competition has closed.

In another clarification relating to a ball moving, the effects of gravity do not satisfy the exception to Rule 18-2b. It only applies when it is known or virtually certain that the player did not cause his ball to move and that some other observable factor–wind, water or an outside agency–caused the ball to move. Otherwise, the player is deemed to have caused the movement and Rule 18-2b applies.

Thomas Pagel, senior director of rules for the USGA, noted that the rules of the game are constantly evolving and that the review process is an opportunity for the rules makers to help make the game more understandable for players as well as officials if they will just make sure to take the time to check out all these changes.

David Rickman of the R&A added that it was important to consider new developments in the game and that is reflected in the changes that give greater clarity on the use of smart phones and advanced video technology.

Another new decision allows players to access reports on weather conditions on a smartphone during a round without being penalized. It clarifies that players are permitted to access information on the threat of an impending storm in order to protect their own safety. The prohibition is only applicable to specific acts of gauging or measuring conditions that might affect their play.

While it will be wise to pick up a new “Decisions on the Rules of Golf” book, here are some of other changes that go into effect for 2014: 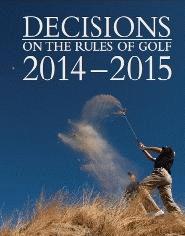 A player can go forward up to 50 yards without forfeiting his right to go back and play a provisional ball.

A player can use a compass during a round.

In several cases, players must be aware they were agreeing to breach a rule for it to actually result in a rules violation.

A committee may be authorized to use a local rule giving relief for interference from an exposed tree root when a ball lies on a closely mown area.

A player is disqualified from the hole if he touches his own line of putt in indicating the line to a partner.

An agreement for opponents to halve a hole being played is permitted if it occurs during the play of the hole, but not before any strokes have been played.