Golfers invent a myriad of excuses in order to sneak out and play this much beloved game.  Sometimes it is an early exit from work, other times it’s a respite from chores, the spouse, or the honey-do list.  Admittedly I may have been guilty a time or two decades ago before golf became work or when an old boyfriend didn’t play golf and didn’t want me to, either.   These days I need to provide reasons I’m not playing golf.  I know, I know…….poor me.

In 1984 I became Director of Music at St. Rita Church in Detroit and my responsibilities were to direct the music ministries there, conduct choir rehearsals, play and sing at weekend and holiday liturgies, funerals and weddings, and to attend staff and parish council meetings;  but basically, I had a lot of free time during the week to do as I pleased, which included responsibilities at Capers, the restaurant I still own on the east side of Detroit, at another Capers we managed briefly in suburban Warren…..and of course, playing golf.

Every month or so we had a staff meeting at St. Rita’s, usually on Monday mornings.  About that time I had befriended Gene, an elderly gentleman who often came into my Warren restaurant for lunch.   He played golf with a bunch of his old cronies, as he liked to call them, and invited me to come out and play with them one Monday morning.   His boys were on the chauvinistic side and he thought it would be a hoot to show up with me in tow, get the dirty looks for bringing a slow ‘dame’ then watch their mouths gape open as I bombed it off the first tee.

Without checking my Black Book, I said yes and made a date for breakfast and golf the following Monday.  When I went to enter the 9:12 tee time in said book, I noticed a staff meeting penciled in at 9:30am.  Uh-oh.  That wouldn’t work.  I decided to tell my pastor, Fr. John, that I couldn’t make the staff meeting. 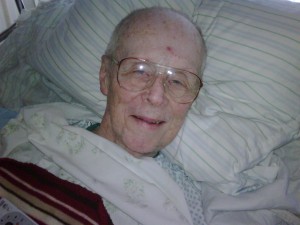 Fr. John Nowlan became a priest much later in life than most.  A thoughtful, jovial Irishman, Fr. John came to St. Rita’s in 1975 and was known as somewhat of a radical throughout the Archdiocese of Detroit, though a more calm, fair, fearless, and honest man you would not find.  He always fought for justice and the rights of people, especially the poor.  John had no problem staring down authority even if it was cloaked in the clerical collars of the church hierarchy.  The best part, however, was that he was an avid golfer and completely understood the necessity of finishing Mass in a timely manner when a golf game was imminent – for him or for me.

That Sunday in church I went up to the padre and said, “Oh, John (he preferred his given name to the traditional title of ‘Father John’), something has come up and I won’t be able to make the staff meeting tomorrow.”  I had decided not to lie – sort of.

Fr. John replied, “I’m glad you brought that up!   I was going to ask you if we could reschedule because I have a conflict as well.”  I could only imagine that it was something important like a United Farm Workers grape boycott or rally, which were big in those days, or some issue with the family from El Salvador that he and the Parish Council had granted Sanctuary to and who lived in the parish house, causing huge controversy.  Or maybe he had a big time planned with the Nowlan clan.  Regardless, I was off the hook!

The next morning, Gene picked me up and we had breakfast at Big Boy, an iconic chain of family restaurants in Michigan.  Then it was off to Stony Creek, a wonderful metropark northeast of Detroit.  We would show the geriatric set a thing or two about how a girl can play.

Walking toward the first tee, I stopped dead in my tracks.  Gene thought something was wrong because I shook my head in disbelief.  He had introduced me to ‘the guys’ and assumed someone had said something disparaging.   I answered, “No, nothing like that.  Come with me, up to those fellows on the tee ahead of us.”

Gene said, “But those aren’t our guys.  Our group is first off after them.”

“Oh, I know…….but this will be fun.”  I had already started to chuckle.

Waiting to tee off, I spied a silver-haired gent with an Irish green tam on his head.  He was prone to skin issues that the fair-hued Irish are known for.   Fr. John Nowlan……..my pastor.

I tapped him on the shoulder.  He turned around and when he saw me his startled expression turned to shocked surprise, pausing a few seconds before any words came to mind.

“Herself!!!”  a favorite expression of greeting the Irish affectionately use to mean ‘a woman of consequence.’

There we were, two almost-penitent almost-sinners, almost caught in a little white lie.

“Well,” I blurted out, “I surely am glad I didn’t make up some extravagant ruse about my great-aunt passing on or having to see my dear old Uncle Clyde in the hospital!”

“You?  I’m glad I didn’t tell a tall tale either.  Well, you or I never really said what we had to do.   Hmmm, would that be a sin of omission?”

We both laughed and explained the incident to our playing companions, who in turn had a good time poking fun at us both and at divine intervention.

I suppose I should have played the casinos or the lottery that day as it would have been a fine opportunity to continue beating the odds.  Who could calculate the chances of the two of us totally randomly ending up at the same course on the same day at virtually the same time…..especially having postponed a meeting with each other?

That was 26 years ago, in 1984.  A few years later, Fr. John moved on to shepherd other churches.   I left St. Rita’s in 1998 for my present position at St. Basil’s, in Eastpointe, Michigan.  Despite our divergent paths, we have kept in touch both personally and professionally.   Three years ago, in 2007, I was asked to get a priest for a wedding that was to take place on, of all dates, St. Patrick’s Day.  Who else could I have possibly chosen other the most terrific Irish priest I knew?  He immediately agreed and we put on a great wedding service.

The day after, March 18, 2007, Fr. John suffered a severe stroke which left him partially paralyzed and inactive as a priest.  However, he remains a fighter:  he tries to talk with friends, watches and snarls at CNN, and still recalls great events in his life.  He can’t speak very well, but sometimes he doesn’t have to.  I saw him last year and asked if he remembered our ‘sin of omission’ golf story.  A huge smile lit up his face, which is all he truly had to convey.

Methinks it’s time ‘herself’  paid ‘himself’ a visit.

4 Responses to “I Cannot Tell A Lie”