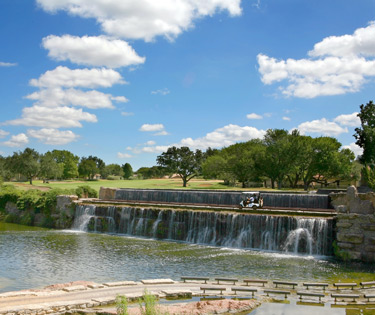 There are not many better finishes to a round of golf than the start of a great beer. Sure, it happens in clubhouses around the world everyday, but in a special few Texas watering holes the whole experience just tastes better. Because while too many courses and clubs offer little more than cheep yellow fizzy stuff, a few of the best 19th holes in the Lone Star State get it; and the evidence is printed on their beer lists.

The trend of offering higher quality beer in the clubhouse and, in some more exceptional cases, on the course has only started to gain momentum though. A search through the bottles and tap handles at most golf courses will lead to few surprises. Not unlike the restaurant industry a decade ago, there’s been a slow learning curve among food and beverage managers who held onto old assumptions of just what a beer could and should be. “It’s a real disconnect,” says Stone Brewing Company owner Greg Koch. “Golfers like quality, so it makes no sense to only offer the lowest quality in terms of beer.”

Stone Brewing, which is located in Southern California and is already widely acknowledged as crafting some of the best beer in the country, is just now making some headway onto the fairways. At the Horseshoe Bay Resort outside Austin, the Slick Rock Golf Course has long had one of the most memorable waterfalls on its 14th hole, it’s also been home to one of Austin’s most memorable burgers inside the Slick Rock Grill & Bar, and now it has one of the most memorable beer lists thanks to the addition of Stone brew. 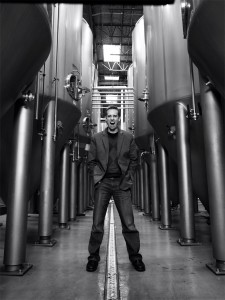 Stone is not alone either. Some Texas clubs have long carried the bigger name craft beers (Sam Adams, Sierra Nevada and Fat Tire are becoming somewhat ubiquitous tap handles) and great local craft beer has been fighting for its seat at the bar as well. Saint Arnold Brewing Company’s beer is now being poured at Houston’s Wildcat Golf Club and Houston National. The new Back Deck at Houston National, where Saint Arnold Amber is served and golf spikes can be swapped for flip-flops provides perhaps the best post-round pint in the state.

Rightfully, good craft beer is not only delegated to the upper-end daily fee and private courses. Outside Dallas, the City of Euless created a four-star golf course when it opened Texas Star more than a decade ago. And, more recently, they added a five-star beer option when the city wisely started serving Rahr & Sons beer. The Rahr brewery, located in Fort Worth, has only been around for five years and until last fall the family operation could only brew enough beer to keep its North Texas customers fulfilled. Now, with distribution of Rahr beers reaching Houston, Austin and San Antonio, here’s hoping more courses—muni, private, resort and otherwise—follow Texas Star’s lead. Though some clubs, like Austin’s Barton Creek Resort (which serves Austin’s Live Oak Big Bark Amber and the best beer to come out of Louisiana, Abita Turbodog) and Horseshoe Bay again (which also serves Real Ale Brewing Company’s Fireman’s #4 from Blanco) are clearly ahead of the curve.

Of course, the original Texas craft beer and the one label that can most likely be found at more golf courses in the state than any other is the Spoetzl Brewery’s Shiner Bock. For 100 years, the now big brewery in the still little town of Shiner has been putting out some of the state’s best brew. At courses like The Westin La Cantera in San Antonio it’s easy to see what makes Shiner a perfect pairing for the post round. Inside La Cantera’s Palmer Grille golfers can pull up a seat at Jasper’s Bar with a Shiner in front of them and the 18th hole as a backdrop. Few finishes could get any better.

Some 19th holes seem destined for a great beer menu if only to round out what is an already exceptional setting—the Old Tom Morris pub at Dallas’s The Tribute and Charlie’s Long Bar at the Hyatt Regency Hill Country outside Austin with its ample cigar humidor could be perfected with a couple of better tap handles.

Please Charlie, Your Bar is Long but You Need to Pour More of the Good Stuff

And the next step is already getting poured. Last year, El Paso’s Butterfield Trail started hosting Crafted Beer Dinners, where for just $35, thirsty and hungry golfers get a five-course meal; and each course comes paired with a separate beer. Not all the beer pairings are craft beer, but it’s a start. And if a number of local and craft breweries can get behind the growing popularity of canning craft beer (Colorado’s Oskar Blues and Montana’s Big Sky breweries are already putting their brew in aluminum) then perhaps we can have more options to choose from on the course as well. Who wouldn’t raise a glass to that?

An earlier version of this article originally appeared in Texas Golfer magazine.

10 Responses to “For All The Beer in Texas”