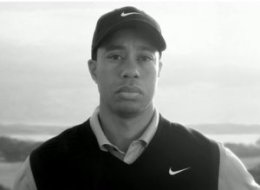 If you haven’t seen it already, the new 30-second “ad” from Nike being released this week is fascinating television, advertising, and a strange sort of mea culpa. I know other people, like my friend and fellow blogger Stephanie Wei, think it’s awful. But take a look at it and then consider this: If Tiger didn’t want it to be done, it wouldn’t have been done. So perhaps this is the best example yet of the new, “different” (in his own word) Tiger to come out of his 45 days of rehab and public flogging. It might be crass to use the voice-over of his late father Earl, but the question asked at the end–“Did you learn anything?”–is a fascinating one, on many levels.

So think about it? What is Nike saying here? Why did Tiger agree to this? What does it all mean? And if it just does this, getting people like you and me thinking and talking about it, has it accomplished its purpose?

Or is it just another smokescreen?