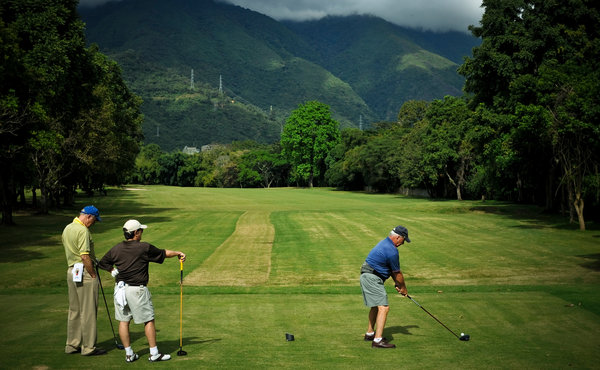 Two golf stories in two of our most important newspapers today.

The front page of the New York Times reports on Caracas Country Club in the capital of Venezuela, a nearly hundred-year-old club that faces increasing pressures from the government of Hugo Chavez. Rumors are the club (above) will be nationalized and the land turned into housing for the poor. This isn’t the first time the club has faced possible extinction, but anything smacking of Capitalism faces a dim future in now-Socialist Venezuela.

Closer to home–and far more prosaic–John Paul Newport takes a look back at the golf news of 2010 and some likely scenarios for 2011. Hardly the most interesting or exciting article I’ve read today, probably because JP limits his view to the pros, who are hardly the most interesting or exciting ingredients in the stew that is 21st-century golf. Of course, Tiger’s woes were the big story last year and his “return,” however it plays out, will likely be top of mind at least in early 2011.

Too bad this is what we cared about and will care about. It says a lot about the state of the game.