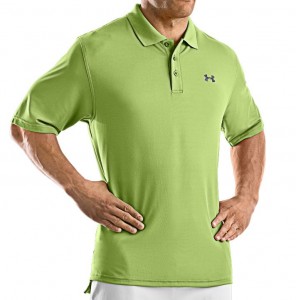 When—not if—golf bounces back from this recession thing, one company poised to take off is Under Armour. Best known for compression shorts, running shoes, and other hard-core athletic gear, UA has a fledgling golf line that will be a focus of corporate attention and resources in the coming months.

A number of pros are already under contract to Under Armour, including Hunter Mahan, England’s Ross Fisher, and Vicky Hurst on the LPGA Tour: They wear fairly traditional golf clothes, including polo shirts, pants, shorts, and skorts, as well as accessories such as belts, hats, gloves, and socks. The company uses performance fabrics that are lightweight, flexible, and breathable, and come in a wide spectrum of colors.

Two areas where UA is likely to differentiate itself from most other golf brands are outerwear and, for lack of another term, under wear. (Not to be confused with underwear—briefs, bras, and such—which already make up a big part of Under Armour’s business.) 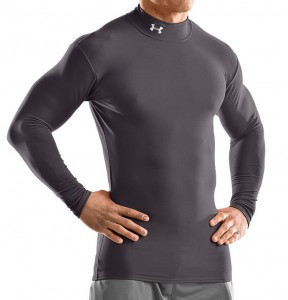 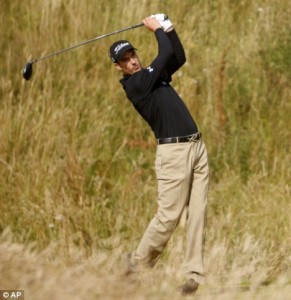 Building on experience from football sidelines to ski slopes (UA dressed US Olympic freestyle skiers and bobsledders in Vancouver), Under Armour makes a variety of tops—long-sleeve, short-sleeve, tight and loose fits—that are less bulky and warmer than sweaters, are wind- and rainproof, and allow the range of motion athletes need. There are also sweatshirts, fleece tops, and jackets designed for other sports that could affect how the golf line develops in fit, fashion, and performance. (Check out the website for a look at the many different sports and looks UA covers, as well as to buy the product.) 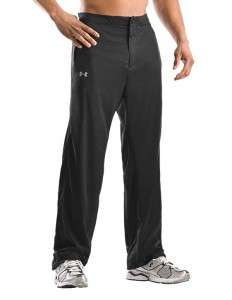 Things also could get very interesting out of view, snug against the player’s skin. It might be anathema to the game’s old-fart elite, but expect to see the layered look, featuring golf’s version of compression gear, particularly on younger golfers and others who walk the course, don’t mind the cold and wet, and play other sports. These pieces provide warmth and muscle stability while helping prevent injury (making it smart for us old farts, too). You may have noticed this look at the British Open, where the weather can be fickle. (That’s Fisher, above, at last year’s Open Championship in layers.)

Under Armour is a company to watch, both for development of new golf products and its commitment to the game. Its success could say a great deal about golf’s economic and demographic future.