The annual PGA Merchandise Show kicks off next week. In the past, manufacturers used the show—where equipment companies, club pros, and the golf media gather in one place—to introduce new products. Some firms still unveil goods there, but with a competitive marketplace and clubs seeming to appear almost every month, the “new season” knows no season.

In some ways that makes it easier for people like me who report on the new-product stream and find a few long days of copious note-taking more than a bit frenzied. But I’ll miss the non-stop introductions, as well as the parties and hoopla that came with them. There still will be plenty to report, and you’ll be able to read about it here and from the other writers at The A Position. So keep checking in starting next Thursday, January 28.

To start you salivating in anticipation of more, here are two new drivers and a new set of irons from TaylorMade. 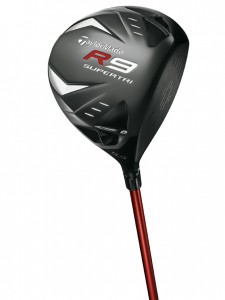 Building on the success of the R9 and R9 460 drivers is the R9 SuperTri (left), which combines the best aspects of its predecessors in pursuit of longer tee shots. From the original R9 comes movable weight technology (MWT) and flight control technology (FCT—the adjustable head/shaft combination); from the R9 460 comes the bigger, 460cc head. The engineers say that marrying those features produces more ball speed and spin, a higher launch (the center of gravity has been moved back in the clubhead), more forgiveness on bad shots, and the ability to adjust the weights to move the ball the way you want—or stop moving it the way you don’t. Also pumping up the higher launch and spin numbers is a 60-gram Fujikura Motore shaft, which is a little lighter and longer (45-3/4 inches) than what came with the original R9. Another version, the R9 SuperTri TP, attaches the same head to a choice of 10 different top-name shafts. The R9 SuperTri retails at $399; the TP for $499. 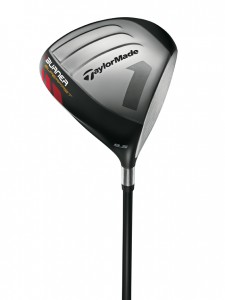 If you’re looking for distance, distance, and more distance, take a look at the Burner SuperFast driver (right), which has the largest clubface in TaylorMade history on a 460cc head that has been aerodynamically designed to speed through the air. The club is lighter than earlier versions of the Burner, and fitted with a lightweight Matrix Ozik Ex-Con 4.8 shaft that comes standard at a very long 46-1/2 inches. So even though the head and face are large and the forgiveness numbers are good, the SuperFast is meant to be swung super-fast and super-wide. Translation: Golfers with control issues might want to look elsewhere. The same slippery head shape is found on matching Burner SuperFast fairway woods, which are also lighter, longer, and both larger and deeper in the face than previous models. The driver costs $299; each fairway wood is $199.

Burner and R9 are also the names of TaylorMade’s existing irons: The former are the hot, long-distance irons, the latter the more traditional clubs (in both shape and control). Now falling somewhere between are the Burner SuperLaunch irons (below), which are long but also forgiving, and are especially good at getting the ball up in the air. They should appeal to low-ball hitters as well as those with slower swing speeds. 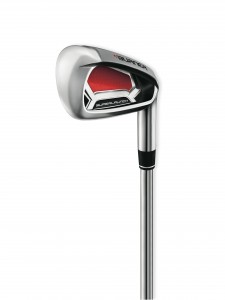 Features of the new irons include a thick topline, low profile, deep cavity back, and very large sole, all elements intended to bring the weight down and get the ball up. Progressive face thickness means the long irons have the thinnest faces, for more forgiveness and ball speed; the short irons have the thickest faces, promoting better feel. All the clubs have a healthy amount of offset to fight a slice, and grooves that conform to the USGA’s most recent Rules. Eight irons (4-Attack Wedge) cost $599 with steel shafts, $799 with graphite. There’s also a women’s set, and a matching 3-iron and sand wedge are available.

These clubs aren’t yet available (mid-February for the drivers, April for the irons), which means you can’t scope them out on the TaylorMade website. But there’s other interesting reading there, including detailed explanations, with charts and graphs, of all the technological bells and whistles.