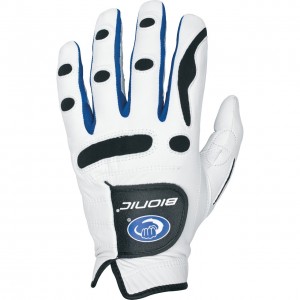 Another piece of equipment that most of us don’t think much about is the golf glove. But it’s rare to see a golfer not wearing one (Fred Couples is one of the few who come to mind), and rarer to know of any golfer who cares any more about his or her glove than how it fits.

Golf gloves have been around since the turn of the 20th century: The early ones often were fingerless or backless. They didn’t catch on with the pros until the 1930s, with Sam Snead among the first to wear one regularly. By the 1960s, they were part of the golfer’s kit, a way to reduce wear and tear on one’s hands securing a better grip on the club. However, other than improvements in the material (usually cabretta leather, from the skins of sheep that have hair instead of wool), not much has changed in glove design over the decades.

About 10 years ago, the Hillerich & Bradsby Company—the same people that make PowerBilt golf equipment and Louisville Slugger baseball bats—started a division called Bionic that creates specialty gloves for sports such as baseball, hockey, and weight lifting. In 2005, the first golf glove was introduced, having been entirely rethought and redesigned under the auspices of a noted orthopedic hand specialist, Dr. James Kleinert.

At the PGA Show, I attended my third or fourth Dr. Kleinert press conference over the years, every one a fascinating look at our prehensile, multi-fingered body parts, to use Wikipedia’s definition of “hand.” Each meeting has also been the introduction of a newer and better version of the Bionic glove. 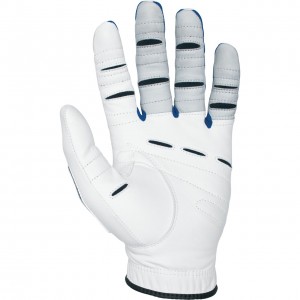 The latest is called “Performance Series” (shown both above and right), which was three years in the making, claims 44 ergonomic features, comes in 24 sizes, and conforms to USGA Rules. There are detailed discussions of the technology on the website, but in short, the fingers are actually shaped like human fingers (which are not straight but curl in from the sides), the seams are placed so they don’t restrict flexing, the insides are layered with leather and terrycloth in select spots so the gloves conform to the hand and absorb moisture, and Lycra is used in the “flexion zones” so the glove doesn’t bunch and the whole thing can breathe and ventilate.

There’s more, but it starts to get pretty technical. The bottom line, according to Dr. Kleinert, is a glove that offers enhanced comfort and feel, more flexibility, is lighter in weight (so the hand doesn’t have to work as hard, reducing fatigue), breathes and dries faster, and is durable. The retail price is $29.95.

For golfers looking for different features, Bionic also makes the Pro model, which is ultra-thin, tight-fitting, and designed for low-handicap players; the Silver Series, designed for arthritic relief; and the original Classic (now being worn on Tour by Paul Azinger). I’ve used various models of Bionic gloves over the years and have been impressed with each one. I expect the same from the new Performance line. 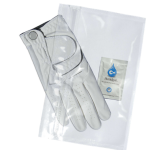 And if you are interested in keeping your Bionic, or any other, glove from drying out and turning stiff between rounds, check out The Glove Saver. For about $7 you get a resealable plastic bag with a special insert called Humidipak that maintains the relative humidity at around 69%. The company also makes a product for cigars, keeping them fresh and moist. For more information on The Glove Saver, including how to find a nearby retailer, check the website. Humidipak has its own website, which explains its technology and products.