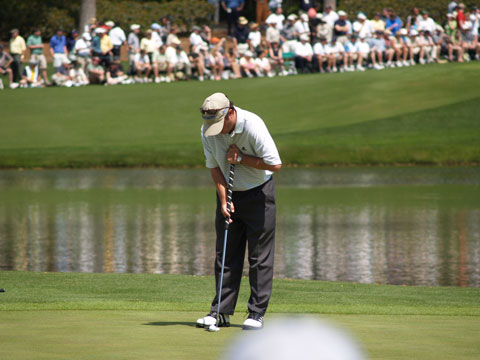 I’m sorry, but I don’t understand the problems some people have with long putters. They violate the spirit of the Rules? And driver heads the size of Volkswagens don’t? Perimeter-weighted irons don’t? Performance-enhancing shoes don’t? Tees with hair-brush bristles don’t?

It’s been years since I’ve tried a long putter, and I didn’t like it. But that’s just me, and that’s now. I’m happy with how I’m putting with a conventional-length model. Now. But should that change for any reason I want the option of something different that might restore my enjoyment of the game.

And since my belief is that any enforcement of the Rules should flow from average players up (rather than from pros—a tiny percentage of those playing golf—down), I see no problem anchoring a longer putting shaft to one’s forearm, belly, sternum, or almost any other body part for that matter. 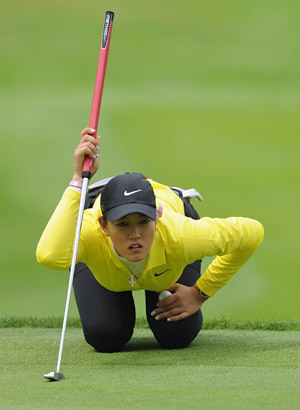 The long putter also could be a big boom to the golf equipment industry. Nearly all the major manufacturers are making them. TaylorMade just announced that it tripled its fourth-quarter forecast for sales of belly and long putters, predicting it will sell five times as many in 2011 as it did in 2010. “We can’t make these putters fast enough” is the official statement.

Among the TaylorMade pros already using a long putter are Retief Goosen, Martin Laird, Spencer Levin, Scott McCarron, Blake Adams, and perhaps most amazingly, Jim Furyk. If Furyk, who used to be deadly with a short putter, has decided to go long there must be something in it. As well as a warning to us all that putting is mercurial at best, maddening at worst. So why shouldn’t we have a technological cure?

It’s also hard to overlook the long-wand success this year of Adam Scott, Bernhard Langer, Webb Simpson, and Keegan Bradley. Others who’ve given it a try include Ernie Els, Vijay Singh, and Tim Clark (shown at top at the Masters!). Even Phil Mickelson tried a belly model earlier this year, while Michelle Wie (right) tested one almost as tall as she is.

Maybe you’ll be next?

If you are curious about how to use a long putter, check out this YouTube video of putting guru Dave Stockton offering some tips.

And if you still think long putters are the devil’s work, let me know. I’m curious to hear your argument against them. They certainly can’t make golf on TV any duller.